'Thank you for the memories.' Bappi Lahiri passed into the ages on February 16, 2022, and the film and music industries mourned his loss:

Huma Qureshi: There was only one Bappi Da .. I was blessed to have witnessed and danced to your music .. thank you for the memories.. Deepest condolences to the family @bappa.b.lahiri Farewell Disco King.

Kajol: Today we lost the disco king, Bappi Da you were not only an amazing music composer and singer but also a beautiful and happy soul. End of an Era. May your soul rest in peace

Ajay Devgn: Bappi Da was so endearing in person. But, his music had an edge. He introduced a more contemporary style to Hindi film music with Chalte Chalte, Suraksha & Disco Dancer. Shanti Dada You will be missed. Bhumi Pednekar: Complete Loss Of Words. Heartbroken by the demise of The legendary Bappi Lahiri Ji, Truly a big loss. My condolences to his family and fans. Your music will live on forever sir. Arjun Rampal: Thank you for all the music Bappi Da. Kumar Sanu: Really shocked by very dear Bappi Da's demise You'll always be in our hearts. I still can't believe it. Met him few days back and he was so lively. Have so many memories of him May God gives strength to the family. Dada ap Amar ho. Om Shanti

Vir Das: Dear Hip Hop fans, Bappi Da created music edgier than the times, created an in your face recognisable visual for a performer, wore heaps of bling, sunglasses indoors, and played with percussion and samples…..waaaaaaaaaayyyyyyyy before that artist we now love. Rest in Peace King of Bling. This was always my fav Bappi Da song. The MOST fun. Vivek Oberoi: The musical industry has lost another gem today. My personal favorite song of his has been Kisi Nazar Ko Tera.. from the movie Aitbaar that was filmed on my father @oberoi_suresh. A truly soulful song that people continue to love till date. Rest in peace Bappi Da. My deepest condolences to his family, friends and fans.

Tusshar Kapoor: #BappiDa ….like millions of others in my generation I, too, have grown up to your songs! The world of music has lost another legend! My deepest condolences to the family! RIP… गोरों की ना कालों की यह दुनिया हैं दिलवालों की! Neil Nitin Mukesh: The True King Of Pop. Bappi Daa , there was and will never be anyone like you. Thank you for making our youth Rocking My deepest condolences with the entire family and his millions of fans who truly love him.

Hansal Mehta: Another legend gone. #BappiLahiri. Had the good fortune of working closely with him when I shot an ad for p&g and then when I worked with White Feather Films for #SanjayGupta. Bappi Da was a man of incredible melody and talent. Although he had a vast body of work I think his melodious side was still under-utilised and underrated.

Sophie Choudry: So blessed to have spent so much time over the years with Bappida and the family. His songs and his style were both Iconic. Thank you for the music Bappida & for being such a Rockstar Being on stage with you is a moment I will never forget Sending all my love & condolences to aunty, Bappa, Reema and the whole family. Adnan Sami: I can't believe this! Shocked…Numbed…Speechless!. He was India's First 'ROCK STAR'!! He was full of love & generosity! Will miss him dearly ... Yuvraj Singh: Sad news of the passing away of legendary musician #BappiLahiri ji he will be fondly remembered for his mesmerising musical compositions which are loved by people of all ages. My condolences to the family. RIP #BappiDa ॐ शान्ति Narendra Modi: Shri Bappi Lahiri Ji's music was all encompassing, beautifully expressing diverse emotions. People across generations could relate to his works. His lively nature will be missed by everyone. Saddened by his demise. Condolences to his family and admirers. Om Shanti.

President Ram Nath Kovind: Shri Bappi Lahiri was a matchless singer-composer. His songs found popularity not only in India but abroad. His diverse range included youthful as well as soulful melodies. His memorable songs will continue to delight listeners for long time. Condolences to his family and fans. Amit Shah: Pained to learn about the passing away of legendary singer and composer, Bappi Lahiri Ji. His demise leaves a big void in the world of Indian music. Bappi Da will be remembered for his versatile singing and lively nature. My condolences to his family and admirers. Om Shanti.

Mamata Banerjee: Shocked to hear about the untimely demise of legendary singer and music composer Bappi Lahiri. A boy from our North Bengal, he rose to all-India fame and success by the dint of his sheer talent and hard work, and made us proud by his musical contributions. We had conferred on him our highest state civilian award "Bangabibhushan" and will continue to remember the genius. My sincere condolences. 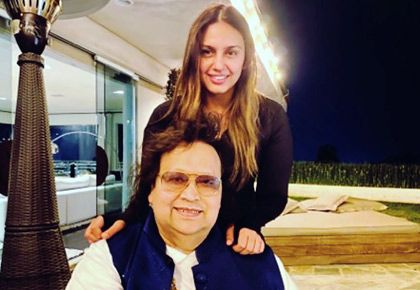 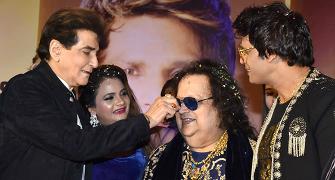 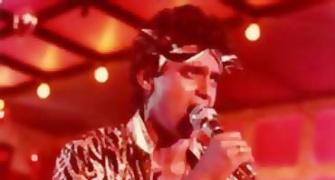 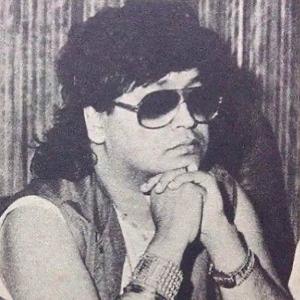 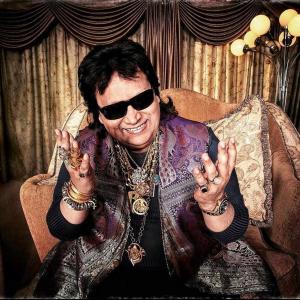