Ricky won his first Grammy in 2015 for his album Winds of Samsara, again in the Best New Age Album category.

'Won the Grammy Award today for our album Divine Tides. Filled with gratitude and love this living legend standing with me -- @copelandmusic. My 2nd Grammy and Stewart's 6th. Thank you to everyone who ever collaborated, hired, or listened to my music. I exist because of you', Ricky tweeted after the win.

The Grammys were held in Las Vegas for the first time at the MGM Grand Garden Arena. Trevor Noah hosted the event and Ukraine President Volodymyr Zelensky attended the Grammys via a video link.

Like the Oscars, which didn't feature Indian movie legends Dilip Kumar and Lata Mangeshkar in its In Memoriam segment, the Grammys sadly neglected Lataji and Bappi Lahiri in its tribute section.

Please click on the images for a look at the attendees and winners. 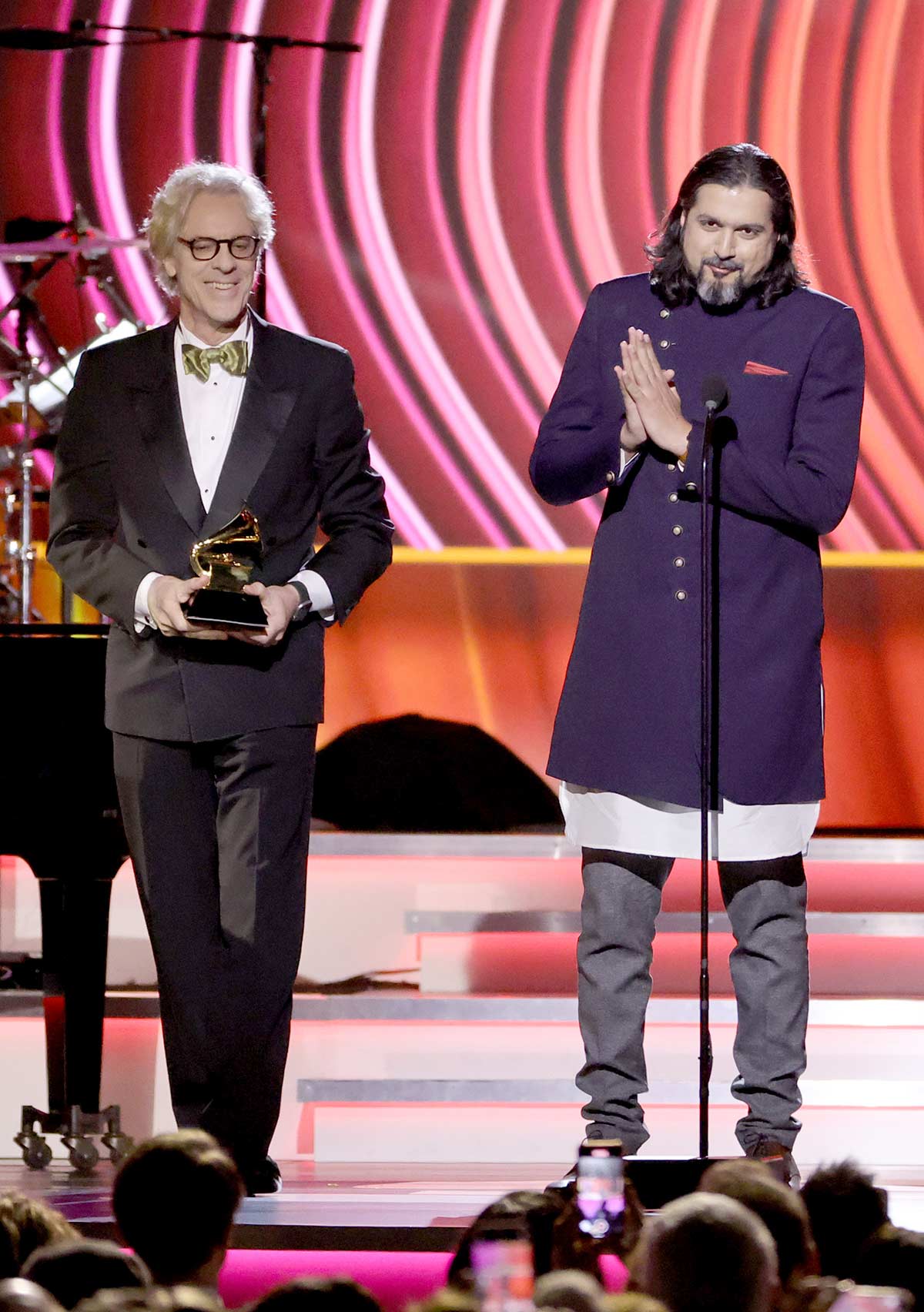 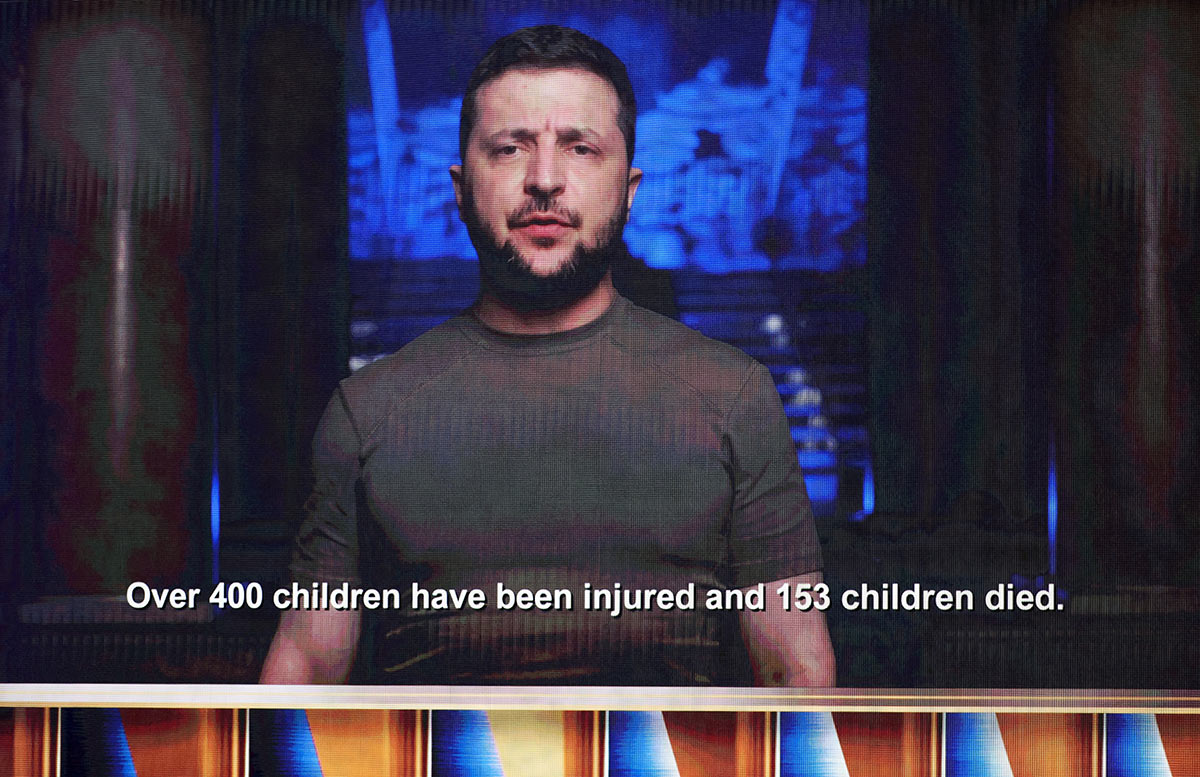 IMAGE: Ukraine's President Volodymyr Zelenskyy appeared at the Grammys by video message to ask for support in telling the story of Ukraine's invasion by Russia.
He likened the invasion to a deadly silence threatening to extinguish the dreams and lives of the Ukrainian people.
'Our musicians wear body armor instead of tuxedos. They sing to the wounded in hospitals, even to those who can't hear them. But the music will break through anyway,' Zelenskyy said.
'Fill the silence with your music. Fill it today to tell our story. Tell the truth about the war on your social networks, on TV, support us in any way you can any, but not silence. And then peace will come to all our cities.'
After Zelenskyy's message, John Legend performed his song Free with Ukrainian musicians Siuzanna Iglidan and Mika Newton, and poet Lyuba Yakimchuk, as images from the war were shown on screens behind them.
Photograph: Rich Fury/Getty Images for The Recording Academy IMAGE: A R Rahman at the Grammys with son Rameen.
Photograph: Kind courtesy A R Rahman/Instagram 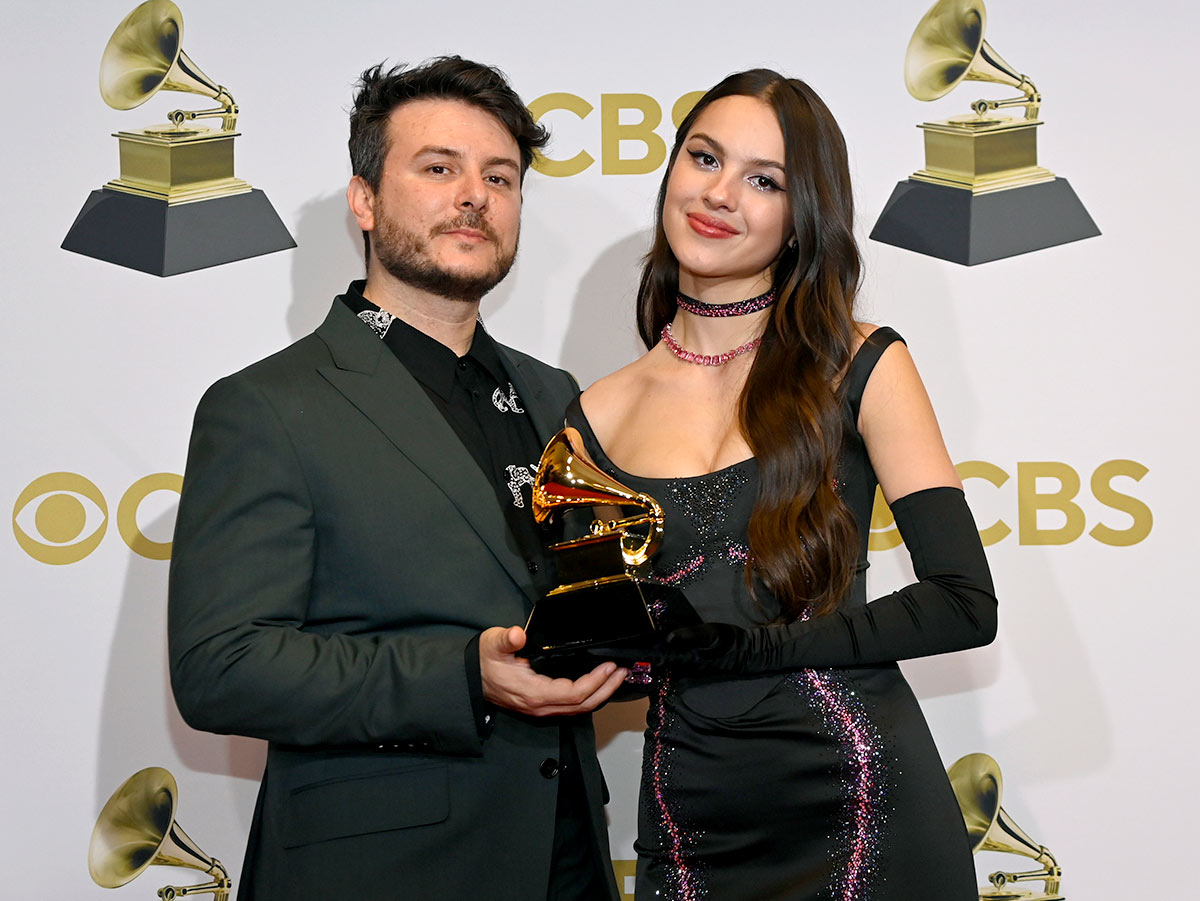 IMAGE: It was a big night for Olivia Rodrigo, seen here with Dan Nigro, as she won Grammys for Best New Artist and Best Pop Solo Performance for her song Sour.
Photograph: David Becker/Getty Images for The Recording Academy IMAGE: Anderson.Paak and Bruno Mars of Silk Sonic accept the Record Of The Year Grammy for Leave The Door Open .
They also won Grammys for Best R&B Song, and Best R&B Performance.
Photograph: Emma McIntyre/Getty Images for The Recording Academy 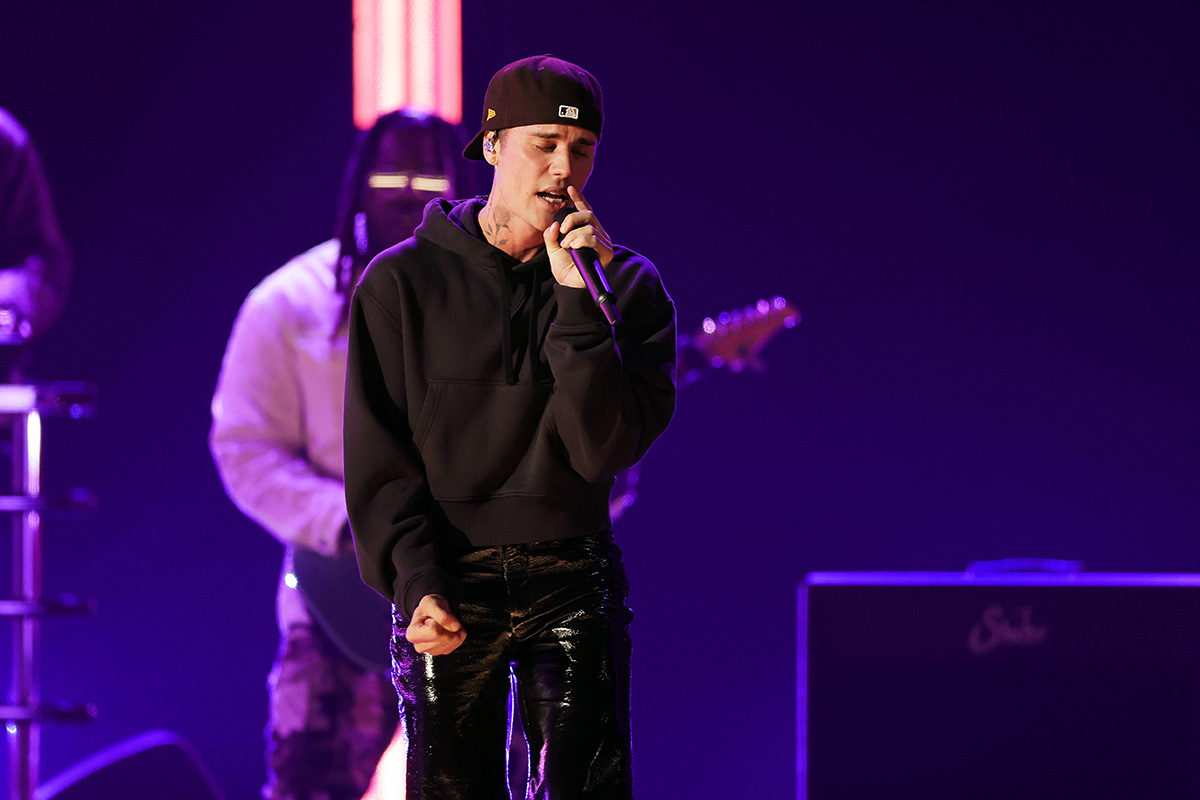 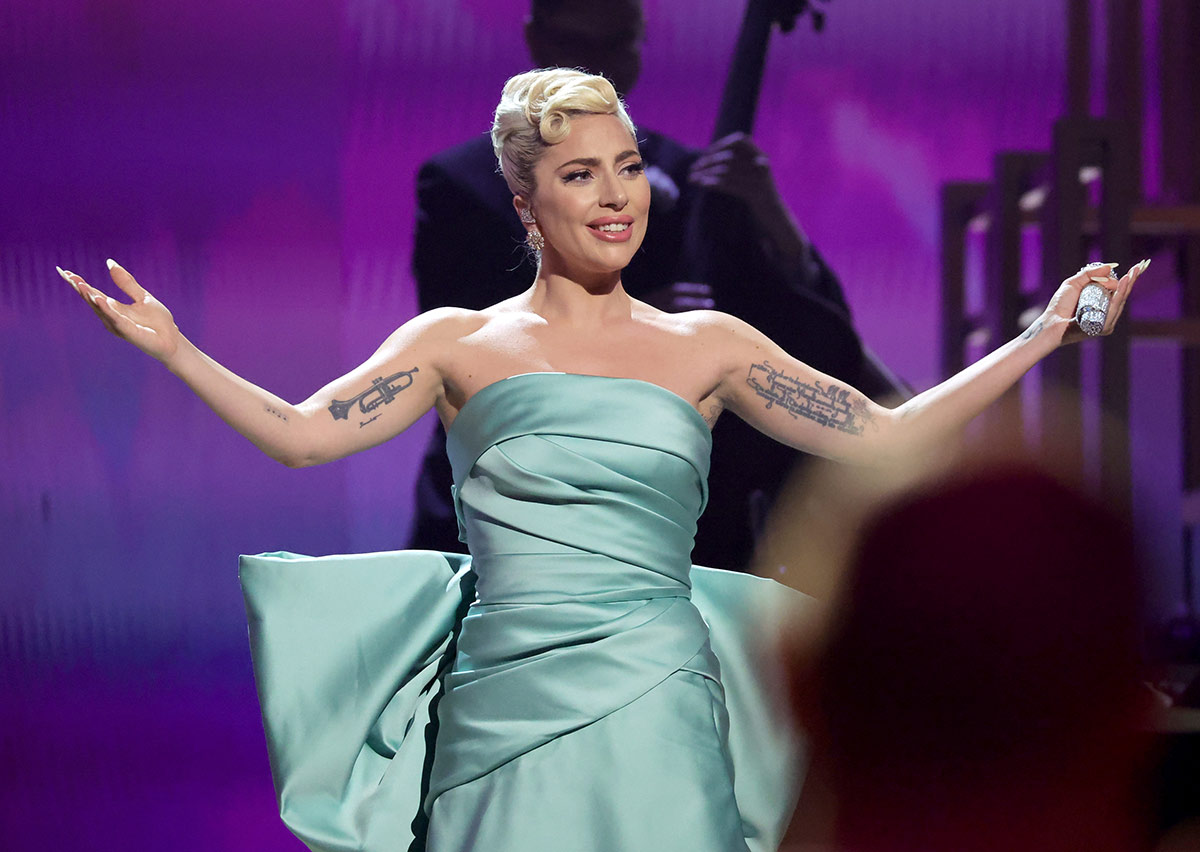 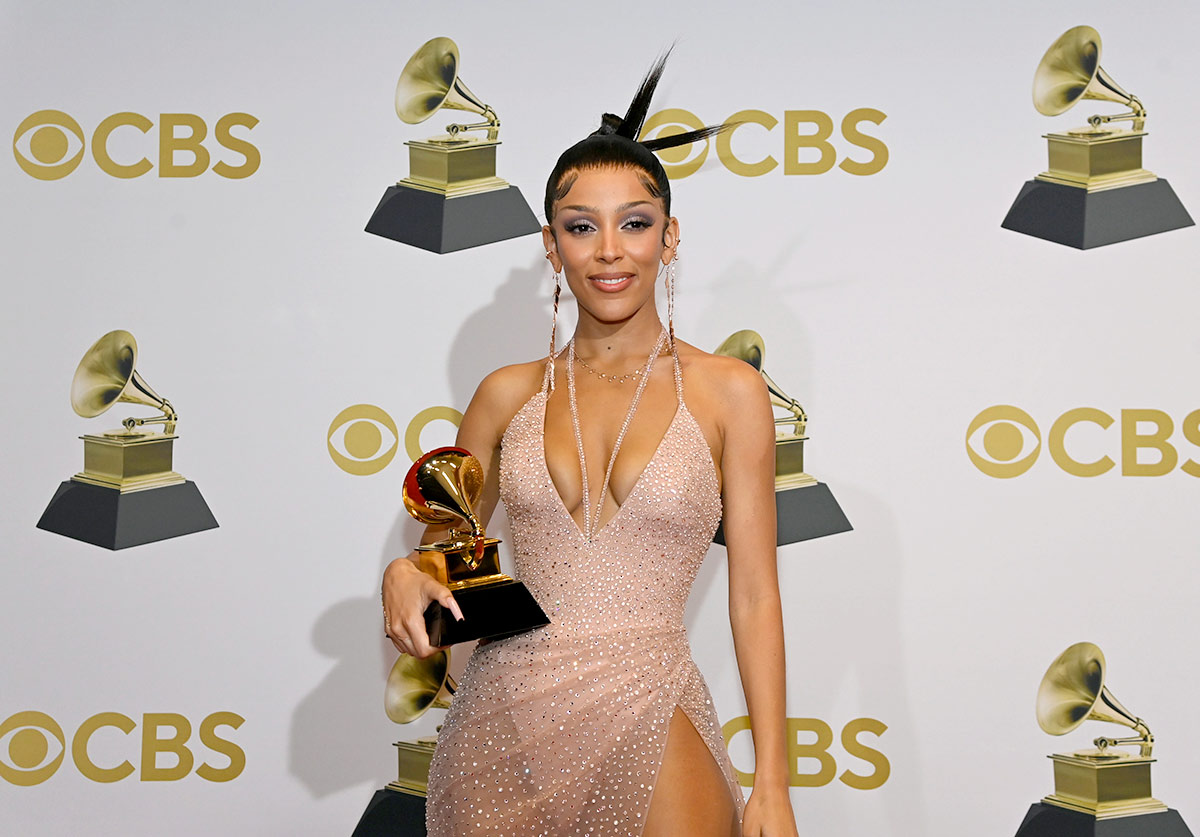 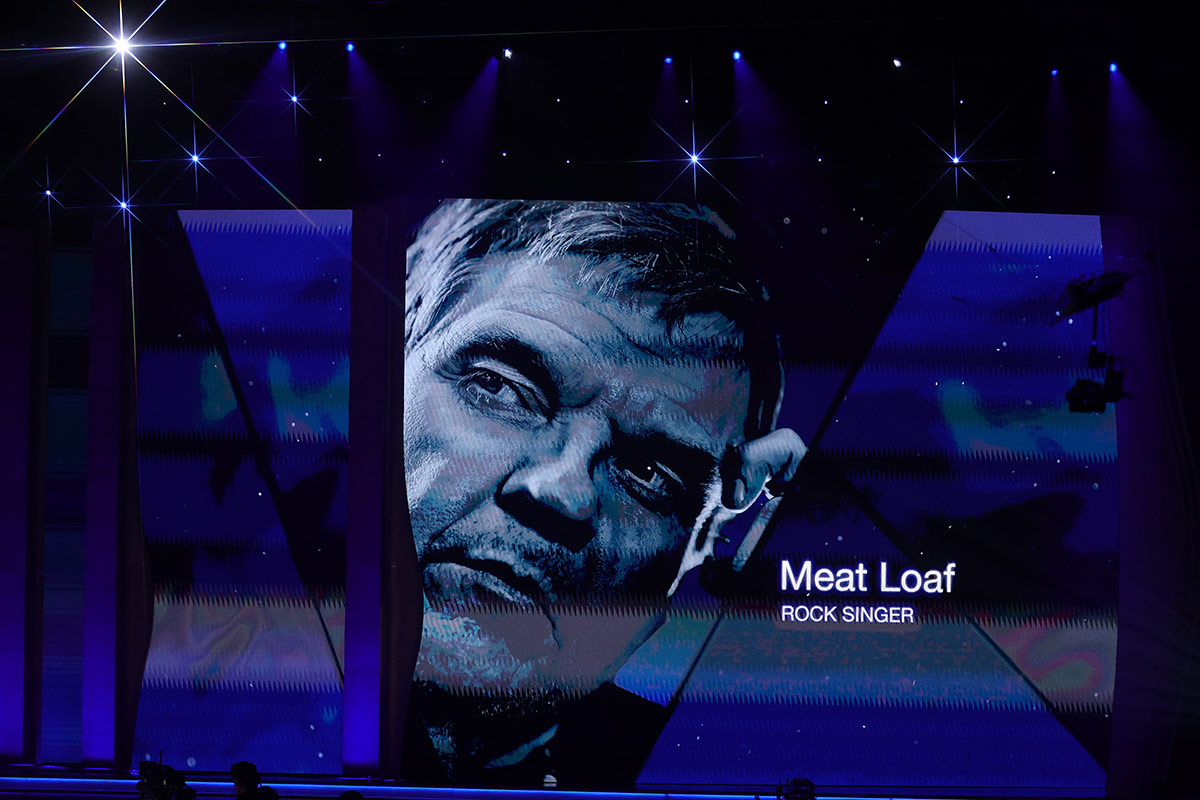 IMAGE: Even as the Grammys paid tribute to musical stars like Meat Loaf, they missed out our legends Lata Mangeshkar and Bappi Lahiri.
'So both the Oscars and the Grammys failed to honor the late great Lata Mangeshkar in their respective memoriam segments? That's a shame', one angry voice on Twitter noted.
Photograph: Rich Fury/Getty Images for The Recording Academy 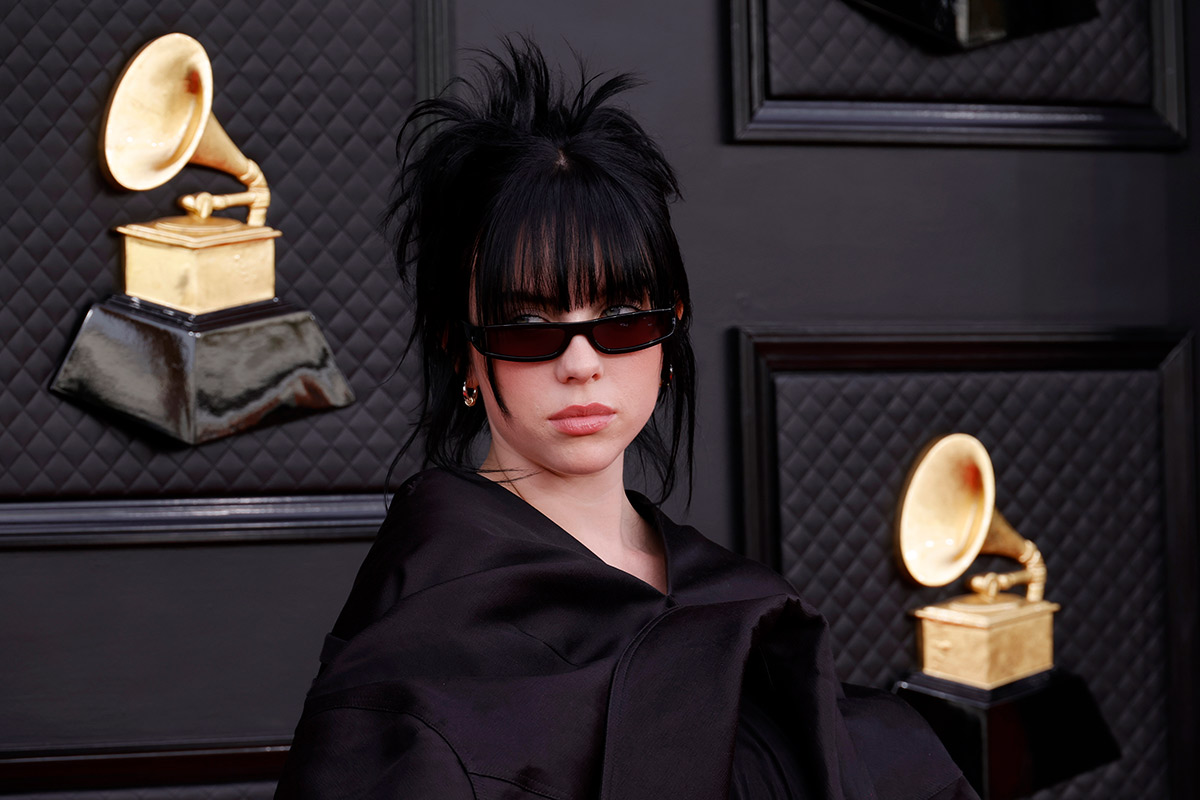 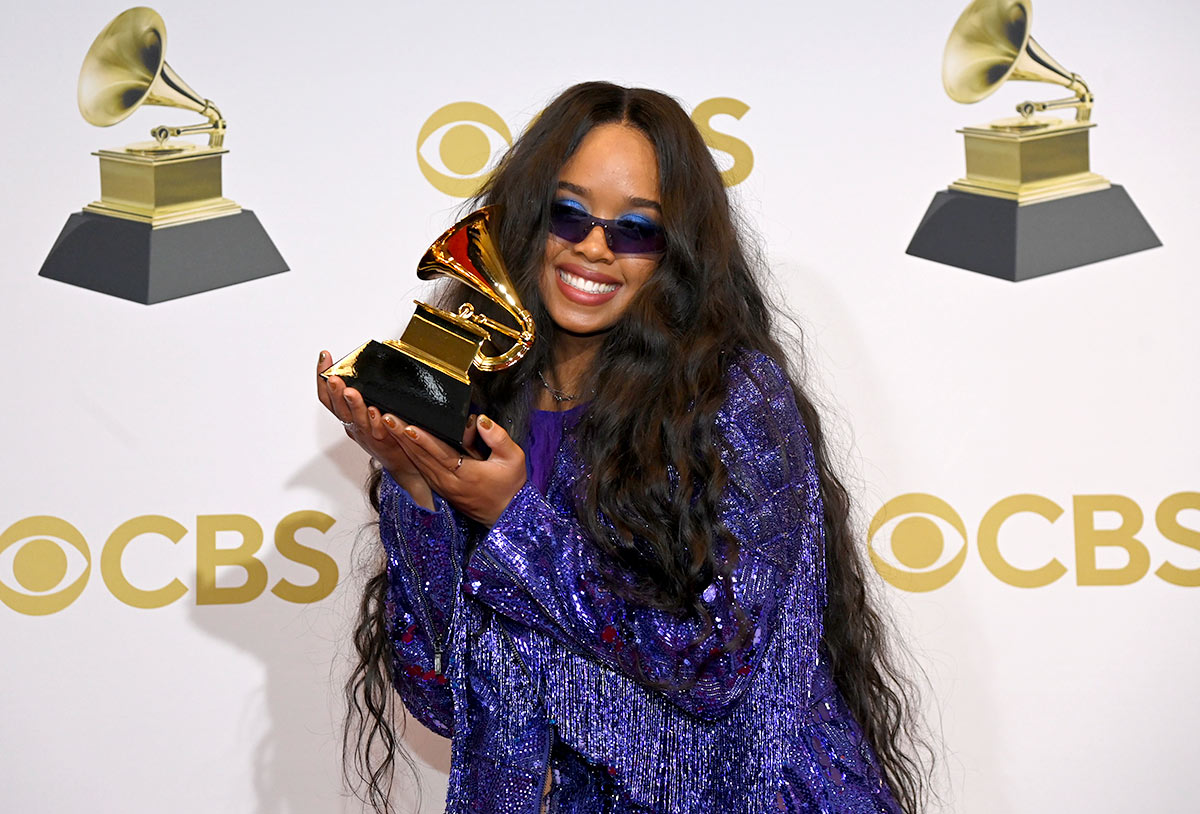 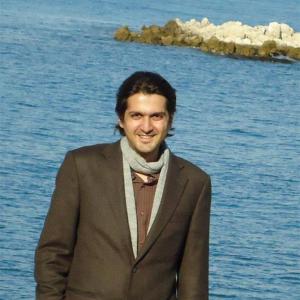