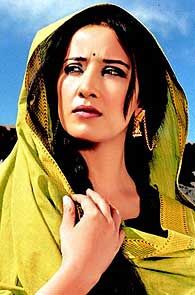 Indian author Sushmita Banerjee, who was shot dead by militants at her home in Afghanistan, had made a dramatic escape from the Taliban in 1995. She was the subject of a 2003 film called Escape From Taliban, starring Manisha Koirala.

In a conversation with Ronjita Kulkarni around the time of the film's release, Banerjee gave us a peek into her life. We present it here:

Sushmita Banerjee, a Hindu, was married to Jaanbaz Khan, a Muslim under the Special Marriage Act on July 2, 1988.

Sushmita, then 27, did not convert to Islam. They married secretly, fearing parental objection. But her parents discovered the marriage and tried to get them divorced. This made them flee from Kolkata to Afghanistan, Jaanbaz's native land.

Jaanbaz returned to Kolkata, where he had a business. Unfortunately, Susmita could not return because the Taliban would not allow it. Thus unfolded her worst nightmare.

This is Sushmita Banerjee's story.

I lived with my three brothers-in-law, their wives and my husband's first wife Gulgutti. She had married my husband 10 years ago. She was very quiet, shy and nice. She used to call me Sahib Kamal.

A lot of things changed that year. The Taliban used Islam wrongly. They banned books, television, radio and newspapers, since they did not believe in science. They made beards compulsory for men. Men had to attend the mosque every day, five times a day.

This, I realised later, was their way of keeping count of the number of men in the village. If the men ever rebelled, the Taliban knew exactly how to curb them.

Things changed drastically for women. A woman could not talk to any man except her husband. We were not allowed to step outside our house. Women could not go to the hospital -- that would mean a male talking or even touching them. They were left to die at home.

There came a time when there was no hospital in my village Patiya. All the schools and colleges had been shut down, so no one could study medicine. If any woman objected, the men would take her to a maidan and shoot her. I have seen them doing that.

Before the Taliban came into power, Afghan weddings were celebrated with dance and merriment. But after they came, weddings became a hushed affair.

I have seen many tragic incidents. One of them was watching my sister-in-law give birth to her son. In spite of having seven sons, her husband wanted more. Her baby was delivered at home. But the placenta did not come out. She was in such pain. Soon a midwife was called and she cut it with scissors! All this without painkillers.

My sister-in-law died. No one cared. Her husband and the other men were busy celebrating the birth of his son.

I am a trained nurse; I specialised in gynaecology. I soon opened a clinic and used it to talk to women and make them realise the injustice done to them. In May 1995, some men who discovered the clinic beat me to an inch of my life.

That was when I decided to escape.

I managed to get a jeep and went right up to Islamabad, Pakistan, to the Indian embassy. When I saw the Indian flag on the embassy, I felt so happy. It was like seeing my motherland again.

Unfortunately, they did not help me. They cheated me and handed me back to the Taliban. But I did not lose hope. I attempted a second escape. This time I ran all night. I was arrested again.

I have always been a fighter. Dranai chacha, the village headman, helped me with my third attempt. His son had been killed by the Taliban so he turned against them. On the day I was to escape, I grabbed an AK-47 (which decorates most houses in Afghanistan) and shot three Taliban.

Then he took me by jeep to Kabul. There, I was given a visa and passport to Kolkata.

My flight took me to New Delhi. I still remember the day I stepped on Indian soil for the first time after I had left. It was raining outside. People were scurrying for shelter. But I didn't run. I just stood there and let the rain wash off my pain. I felt if I could bear so much in Afghanistan, I can surely bear my motherland's rain. I don't know how long I stood there, but I won't forget that day.

I could relate to the pain and relief that the hostages of the Indian Airlines felt when they returned to their families after spending more than a week on the hijacked aircraft. I felt the same when I ran into my husband's arms the day I returned to Kolkata.

I maintained a diary in Afghanistan. When I returned to India, I decided to write a book based on my experiences. After a long time, people accepted my stories for publication in Bengali magazines. In 1997, the book Kabuliwala's Bengali Wife, was published.

Soon, I wanted to make a film. I have never learnt direction, so I needed someone to assist me. I approached Ujjal Chatterjee. Unfortunately, we did not get along. Our first schedule was in Leh. I was so disgusted I did not want to accompany them for the other schedules in Jaisalmer and Mumbai. But the producers were very nice to me. It is only because of them that I am still attached to this film.

Escape From Taliban portrays my suffering at the hands of the Taliban.

When I look back, I feel anger and awe. How did I do all this?

I had seen Manisha Koirala in Khamoshi. Actually, I wanted Rekha or Dimple to play my character. But the makers wanted glamour, so they chose Manisha. Frankly, I was not happy interacting with her. I used to give a lot of suggestions. I wanted the actress to feel deep down what I went through and portray it well with dignity. That did not happen.

The girl who played Gulgutti (Feroza) was very sweet. She rehearsed a lot with me, unlike Manisha. I liked the way she played her part. Even Nawab Khan. Since he hails from Kandahar, it was easy for him, as he already knew how Pathans behave. Yet, he asked me a lot of questions.

Escape From Taliban has exaggerated a few scenes. Like the one where they have shown Manisha slapping her husband when she sees him in bed with his first wife. In reality, when I saw them in bed together, I was stunned, as I did not know that my husband had another wife at that time. But I did not slap him. Neither of us have ever hit each other. My husband has not seen the film as yet. I don't know how he will react to that scene. I am sure he will be very hurt, he is very sensitive. I did not like that scene.

I am directing a Bengali film based on my experiences called Kabuliwala's Bengali Wife. [Bengali actress] Deroshri will play my character. [Director] Gautam Ghosh is my art director. I want to show the film to the United Nations so that there are aware of the conditions women in Afghanistan live under. One day, I am going to go back and free them.

Since I left Afghanistan, I have not heard from any of my relatives there. I think a lot about them. They gave me a lot of love. 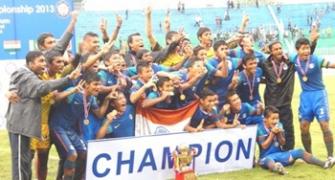 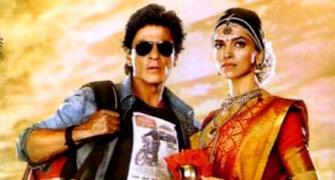 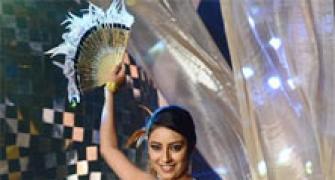 Who do YOU want to see in Bigg Boss 7? TELL US! 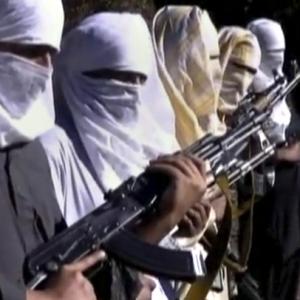 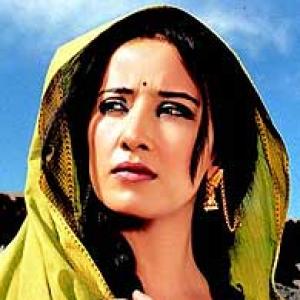