The scene is a home in small town India. A young girl brings her elder brother a cup of tea as he sits in the verandah. Taking a sip, he remarks that it tastes good.

Overhearing the comment, the wife in the kitchen pipes up. "I'm the one who made it," she says.  "But I bought it," the man retorts. "Because I told you to," says his mother standing nearby.

To which the vendor across the lane says, "But I'm the one who sold it to you."

If there are several contenders for praise in the Agni ad film, real life isn't too different. While Tata Tea's marketshare has been climbing in the past year, in June 2007, it inched past archrival Hindustan Unilever for the first time, with volume shares of 19.2 per cent compared to HUL's 18.6 per cent (source: ACNielsen).

This time last year, Tata Tea's volume share was just 17.5 per cent while HUL's was a comfortable 21.5 per cent. Agni's performance - market share increased by 50 basis points in the past year - is just one ingredient in the winning brew.

The television commercial by Dentsu can take only part of the credit for the increase in Agni's sales.

A reduction in prices across SKUs also played a huge part in the brand upping its all-India share to 3 per cent: in October, Tata Tea dropped the price of the economy brand from Rs 128 a kg to Rs 120.

"We felt Agni was not priced correctly for the economy segment; several local brands were eating into its share. Which is why we dropped the price and that has paid off," explains Sangeeta Talwar, executive director, marketing, Tata Tea.

Agni is just part of a new, improved Tata Tea package. Over the past year, the Rs 4,044-crore (Rs 40.44 billion) tea and coffee company has worked on almost all its brands, either dropping the price or strengthening the brew and supporting them with better packaging and new communication.

The effort has paid off in terms of volume marketshare, but in value terms, Tata Tea still has some way to go: although there's been a 90 basis point increase since June last year, Tata Tea's 20.5 per cent share is still far behind HUL's 24.5 per cent.

So, is the volume share increase significant, then? Yes, say industry watchers, given the nature of the tea market in India. Tea is a widely penetrated product in India and though the market is fairly large with annual sales of 800 million kg, it is growing at barely 3-3.5 per cent a year.

And as Boston Consulting Group Partner Abheek Singhi observes, realisations in India are only about a fifth of what they are in the US and Japan. Moreover, only about 40 per cent or 320 million kg sold is accounted for by branded teas. "And that space is crowded with over 500 regional brands," points out Percy Siganporia, managing director, Tata Tea.

The value packs were launched last year to take on these smaller brands. Tata Tea sold its products at price points of Rs 10-11 for 50 gm and Rs 5 for 25-35 gm (the grammage depending on the quality of the tea). Typically, a 25 gm packet would be enough for a dozen cups of tea.

While some of the price points had been explored earlier, this time round Tata Tea's objective was to create a better price-value equation by increasing the grammage. In fact, for some products, the price point was dropped to even Rs 2. Siganporia says the more affordable pricing has brought Tata Tea's brands within the reach of a new set of consumers, making it possible for them to move up from a regional to a national brand, thus fulfilling their aspirations.

That's been reflected in the market share gains. For instance, Tata Tea Premium has seen a gain of 130 basis points to 9.4 per cent at the all-India level, with significant increases in states like Maharashtra.

Moreover, brands like Gemini in Andhra Pradesh - an atypical market where no brand is the leader across the state but only in pockets - have taken away share from the loose tea segment. And Talwar points out that in Tamil Nadu, the Chakra brand has increased its share from 16.4 per cent to 19.6 per cent.

However, Tata Tea is clear that value packs will not be the main growth driver for the firm, especially since margins on these tend to be lower. "Our largest selling SKUs will continue to be the 250-gm packs," says Talwar, adding that what they will do is bring in new customers who, over time, will upgrade to larger packs, becoming brand loyalists in the process.

In fact, the smaller packs have helped Tata Tea create a new customer base by penetrating the remotest rural areas, including towns with a population of less than 2,000. Over the past year, the company has explored the hinterland, especially in states like Uttar Pradesh where, in addition to selling in shops, it also sent out several vans that acted as mobile sales counters.

Talwar says the rural thrust will continue this year too. In the urban market, Tata Tea teamed up with four to five big organised retailers, including Food Bazaar, Subhiksha and Reliance Fresh among others in Mumbai, Bangalore, Chennai and Hyderabad, in a bid to improve reach and visibility.

Explains Talwar, "It was a special initiative where we negotiated shelf space and our people worked closely with the retailers to see that our products were well displayed." Among the many initiatives were gondola hiring.

The initiative seems to have paid off - same store sales are up 30 per cent compared to last year. What's more, with these retailers expanding at a fast pace, Tata Tea's products are now available in about 100 big format stores across the country so that its presence has effectively doubled over the past 12 months. And while it's not easy to get great deals from modern trade with good negotiating skills called for, Talwar believes it is well worth the effort because the volumes are coming through.

At the same,Tata Tea is also taking care to see that it keeps its wholesalers and smaller retailers happy. Dealer margins remain unchanged across geographies, but the company has tried to incentivise them with new trade initiatives.

For instance, there's the "Ek Rishta" loyalty programme launched last year for wholesalers, by which they accumulate points according to the quantity of tea they buy from Tata Tea. In return for the points, they are entitled to participate in a lucky draw and win high value gifts such as white goods or gold chains.

Explains Talwar, "Wholesalers are very important for us because they have the reach, especially in the villages. However, they tend to keep switching brands and so we decided that we needed to strengthen our relationship with them."

Meanwhile, Tata Tea's marketing team has been wooing small retailers and owners of hot tea shops. The company organises film screenings and other community events, making sure the families are invited and, needless to say, serving tea.

"Kiranas fear being let down by the suppliers, as the bargaining power of organised retail grows. So we are being pragmatic and, at times, absorbing the hit in margins," explains Siganporia.

He adds that as a result, some kiranas today are able to offer customers higher discounts than they were able to do some time back. "The gap between prices offered by big players and the kiranas is narrowing somewhat," Siganporia observes.

As for buyers, Tata Tea is trying to win them over by coming up with new teas. In late 2006, it hopped onto the wellness platform with Tetley Green tea bags. This was followed up with Tata Tea Life, in March 2007, again for the health conscious.

Says Talwar, "Consumers today are extremely conscious of being fit and improving their health and we are looking to cater for this segment."

Even before that, in November last year, long leaf orthodox teas - Darjeeling, Assam, Nilgiri and Ceylon - priced at around Rs 350 per kg, were launched.

The product was positioned in the premium segment and the idea was to cash in on the growing trend of consumers indulging themselves. The new launches helped Tata Tea's domestic branded business grow 18 per cent in the June 2007 quarter, compared to the same period last year.

What also helped were Tata Tea's new advertising campaigns - an essential move, according to BCG's Singhi. "It is critical to stay in touch with buyers, both for protecting market share and also for taking away share from the unorganised segment," he points out, adding that communication could also be used to draw youngsters who are moving away from teas.

Tata Tea has four agencies for its different brands and all worked on campaigns through the past year. While McCann roped in film star Sneha to endorse Gemini in Andhra Pradesh, Saatchi chose a "facing challenges" theme to connect buyers with Kanan Devan - the brand saw a market share gain of 220 basis points in its home market Kerala.

Tata Tea Premium, too, switched to a new theme - "taste kamyabi ka" - while with Agni, according to Rajesh Agarawal, executive director, Dentsu, the task was to establish the lower price but in a manner that retained the "premiumness" of the brand. "We attempted to show that people are taking pride in being associated with Agni," Aggarwal explains. Tata Tea certainly is.
Shobhana Subramanian
Source: 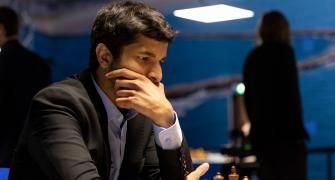