The story of Hyderabad's globalisation

By Sanjaya Baru
November 08, 2007 13:26 IST
I had the good fortune of knowing Professor Waheeduddin Khan both personally and professionally.  Professor Khan was a true son of Hyderabad -- gentle, genial, graceful and always affectionate.  He epitomised the best values that this city, my home, had come to symbolise. It is as a tribute to Wahid sahib's love for this city, which I wholeheartedly share, that I have chosen to speak on my reading of Hyderabad's links with the world.

My interest in the link between India's external relations and the internal change in the country, elaborated in various essays and columns and published as The Strategic Consequences of India's Economic Performance (2006), was partly triggered by what I saw happening in Andhra Pradesh in the 1990s. My specific interest in this region's links with South-east Asia was shaped by former Prime Minister Narasimha Rao's 'Look East Policy'.

It may be recalled that even before Independence, Pandit Jawaharlal Nehru took keen interest in India's relations with Asia, especially Indo-China, and as Prime Minister he tried to re-establish India's ancient and civilisational links with the region. Links that were disrupted by European colonialism. However, this new post-colonial phase was short-lived. The Cold War disrupted a nascent re-engagement with the region.

The end of the Cold War, India's economic opening up in 1991, the rise of the 'Asian Tigers' and of China, encouraged India to re-engage the region. It was Prime Minister P V Narasimha Rao who conceptualised and launched India's 'Look East Policy'. In doing so, I suspect Shri Narasimha rao was not only inspired by Panditji's vision of India's relations with East and South-east Asia, but was also influenced by his own understanding of our civilisational links with the region. As a scholar familiar with the history of the region, Narasimha Rao would have known how deep run the roots of this region's links with Asia to our East.

My own research on India's relations with ASEAN opened my eyes to the depth and expanse of the human engagement across the Bay of Bengal littoral. Today, however, our relations with the ASEAN region are not just defined by history, geography, culture or even commerce. There is a growing people-to-people interaction and a growing congruence of strategic interests.

The India-ASEAN Free Trade Agreement that Prime Minister Manmohan Singh has been actively pursuing will further cement this relationship. India's 'Look East Policy' offers a new opportunity for Andhra Pradesh to rediscover its links with the region and build a mutually beneficial interface with ASEAN.

Excerpted from the Waheeduddin Khan Memorial Lecture 2007, delivered at the Centre for Economic and Social Studies, Hyderabad on August 30, 2007.

The views expressed in this essay are purely the personal views of the author. 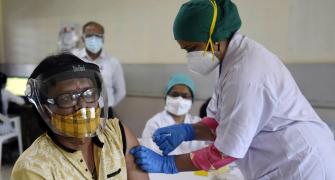