Niraj Bhatt discovers how a CFO 'without a finance background' made it to the corner office at TCS.
Illustration: Dominic Xavier/Rediff.com 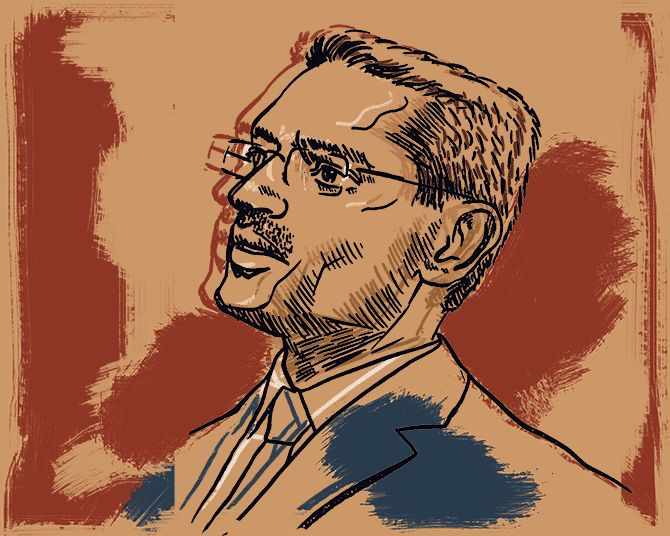 The CEO and MD of Tata Consultancy Services, a company which touched the $100 billion market capitalisation mark in April, is not the typical head of an information technology company.

Unlike most of his peers in other tech companies who have cut their teeth in software delivery or sales roles, Rajesh Gopinathan comes from the finance function.

Over breakfast of idlis at the company's sprawling campus in Mumbai, he jokes, "When I became CFO people asked, 'You don't have a finance background? How can you be a CFO?' Now they say, 'You are from finance, how can you be the CEO?'."

Gopinathan moved to the TCS corner office when N Chandrasekaran (Chandra) was appointed chairman of Tata Sons in February 2017.

Donald J Trump, who took office the previous month, was strongly anti-immigrant and wanted jobs for Americans, which would hurt Indian outsourcing players.

Besides, there was another shift threatening the industry -- the traditional IT services business was seeing low demand and pricing pressure, while Indian players were still slow starters in the emerging high-growth digital business.

However, things began looking up in 2018 for TCS as it won both large transformation orders and the new digital business began to progress.

The stock too has gained 40 per cent since Gopinathan's elevation.

"We were saying there was nothing negative in the environment, but we needed some positive triggers. Many of these things came together in ways that you can't always predict, and they have come together nicely," says Gopinathan.

As CFO, Gopinathan could have held a simplistic, straight-forward view of issues, but as CEO, he has to deal with uncertainties.

Again, as CEO, the extent of dependence on the team has gone up. He has the comfort that someone is working on the task at hand, and he can take the final decision.

"A lot more of my time is spent on the 'art of the possible' and in growth opportunities, than in dealing with the specifics and keeping things on track," he says.

For a CFO, 80 per cent of the time goes in making sure that things don't go wrong.

In spite of its size, Gopinathan says, TCS is a very tightly-knit organisation where communication and dialogue are given utmost importance.

The decision-making process is collaborative and discussions are kept open till a final call is taken.

"I like to get into the details, and we do it in a participative way," he adds.

Every month the top brass gets together for a two-day operational review meeting.

The group is on the ball as to where the opportunities lie, where the issues are, which accounts are doing well, what deals are going on...

There's a high level of transparency inside the organisation, he adds.

In the tech major's 50-year history, he is only the fourth CEO, he says sipping coffee.

"For 49 years, TCS has had only three CEOs, each coming at a different stage of the company's evolution," Gopinathan says.

All the CEOs, chosen from within the company, brought their style and strategy.

"While there is continuity, we are at a certain scale, which we need to build on and go forward," he says.

A substantial part of the scale has come in the last decade with both revenue and net profit growing at 18 per cent every year.

Gopinathan stresses on the depth of leadership at TCS and says anyone from the senior management would have been able to lead the company.

"Each of us would have brought a slightly different approach to it but I'm confident that the company would have aligned to whoever was there," he says.

TCS' strategic choice of having a full spectrum of services has resulted in it winning large, multi-year transformation deals from Transamerica and Marks & Spencer, which sets the stage and validation points for other such opportunities.

"Once a few happen, everybody else wants to know what is going on," Gopinathan says.

Besides the dominance of consulting firms is reducing as traditional business managers have a much deeper appreciation and understanding of technology today, which helps companies like TCS.

It also offers customers a framework to align new digital technologies such as cloud, analytics, automation and Internet of things with business functions under the Agile framework, which shrinks delivery time.

TCS is also eyeing the transformation opportunities at its clients, many of who are changing from being product-focused to becoming customer-centric across industries from banking to airlines.

An electrical and electronics engineer from REC, Trichy (now NIT, Trichy), Gopinathan says the current developments in the area of artificial intelligence (AI) have to be viewed in the context of history.

Over 80 per cent of the AI foundation was laid down in the 1950s and 1960s, but the computational resources were not available.

He did his engineering project on artificial neural networks in 1993-94, based on a paper written by Marvin Minsky, co-founder of the Massachusetts Institute of Technology’s AI laboratory.

He went to IIM-Ahmedabad, after getting his engineering degree, and joined the Tata Strategic Management Group in 1996.

After multiple assignments in the group, he was posted at TCS in 1999, which he joined full-time in 2001.

His first role was in pre-sales in Silicon Valley where the company was setting up its new e-business service practice. He returned to India in 2005 and was posted in operations.

A reorganisation in 2008 saw Gopinathan in a new function called business finance, which he helped set up and as vice-president was responsible for the financial management of the company's individual operating units, before becoming CFO in 2013.

He has learnt to always be positive from Chandra.

"He is a zero-excuse person and he will never blame anything on anybody. So that's an attitude all of us have imbibed," he says.

At TCS, this value has become the core requisite, and the system promotes people who demonstrate it.

"That's a great motivator for the team," he adds.

Does he go to Chandra for advice? "Chandra has a much bigger portfolio now, but he is always available. We keep on connecting on many things," says Gopinathan.

Gopinathan's business mantra is "change with continuity" and he believes that the directional shift at TCS will continue in the future.

He expects the company to be much more embedded in the product value chain of clients, across wider industry sets.

He wants TCS to move away from being a selling, general and administrative component of the client's profit and loss statement to actual cost of goods.

He gives the example of future cars, where technology will account for a third of the value.

"As we become part of the product value chain, we will be more and more integrated with the customer's business teams," he adds.

"We are getting there in pharma, medical devices, media etc. In telecom, we are part of a large broadband rollout, where we are doing their network optimisation and design," he adds.

In his first year as CEO, Gopinathan travelled a lot to meet clients.

"I just about stayed above the 182-day limit in India to remain a resident Indian," he laughs.

Our second round of coffee is over, and he has got two reminders for the next meeting.

I ask the CEO of the title sponsor of both the New York and the Amsterdam marathons how he keeps fit.

He says he walks. 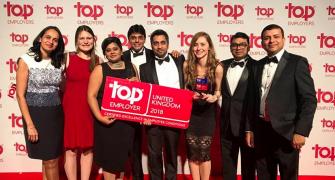 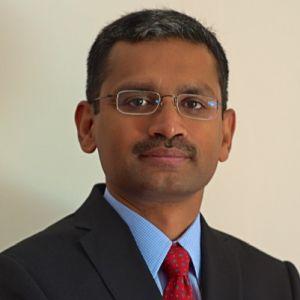