News
Business
Movies
Sports
Cricket
Get Ahead
Money Tips
Shopping
Sign in  |  Create a Rediffmail account
Rediff.com  » Business » The rupee rise: How you are affected

The rupee rise: How you are affected

Reserve Bank of India, the nation's central bank, has had a tough first six months at office -- first to keep inflation under check and then to delicately address the runaway rise of the Indian rupee (against the dollar).

A series of measures linked to curbing credit growth and lowering short-term interest rates twice this year, have pegged inflation to 4.27 per cent for the week ending July 4 from a two-year high of 6.73 per cent in January-end. Currently, India's inflation is within the medium-term range set by the RBI.

Rupee appreciation has been the sharpest in three decades in the April-June quarter this year. And analysts expect the rupee to gain further.

The impact of a rupee rise

As the rupee rises against the dollar (or conversely the dollar weakens) Indian exports firms earn less and thus begin to lose their competitive edge -- whether it be textile, jewellery, software, drugs or automobiles.

India's 'big four' in the software pack -- Infosys, TCS, Wipro and Satyam have already seen their net income in the first quarter ending June, fall due to the sharp rupee rise. This is because India's software companies bill several clients in dollar terms.

The impact is seen through:

Export lobby groups and trade analysts are now urging the government to act to curb the rupee's rise. The equation is simple. In a competitive business environment where operating margins will determine survival, export houses are in a fix.

The Federation of Indian Export Organisations, in an official statement this month, said that the profitability of exporters in executing existing contracts has been reduced substantially. In certain sectors exports are being executed at loss to honour the contract and maintain the market presence.

"The competitiveness of our exports is eroded and we are losing orders to our competitors like China, Thailand, Pakistan, Sri Lanka, Bangladesh, Vietnam and Indonesia," the statement read.

India's economic growth story remains intact, with growth expected to sustain at around the 9 per cent mark for 2007-08. With the outlook global equities and emerging markets improving, India's stock markets are expected to remain robust due to strong liquidity and confidence of positive quarterly earnings going ahead.

As buyers, overseas funds convert dollars and buy rupees to invest into Indian companies. This will keep the demand for the rupee up.

What the RBI says

Well, in this case, not much. The RBI has said that the rupee will continue to find its true value based on pure market dynamics. The bank has officially declined to comment on any intervention to curb the rupee surge, but traders said that in recent weeks the RBI is widely believed to have bought dollars to prevent the rupee from rising beyond 40.30 levels.

A theory doing the rounds is that if the RBI intervenes to stop the rupee from appreciating further, it may increase the profitability of export-oriented units and create more jobs, which in turn could increase the inflationary tendency in the market.

But jobs may be lost

However, on the other hand, if the rupee keeps strengthening, a lot many people may actually lose jobs. Exporters are also considering layoffs, which may eventually affect 275,000 jobs by the year-end.

Yet another fallout of the rupee rise is the proposal by the IT and BPO companies in India which plan to increase the working hours of their employees and doing away with a 5-day week and making them work on Saturdays too.

Most analysts predict a firm trend for the rupee going ahead. Local brokerage firm Ambit Capital has revised its assumptions for the rupee-dollar to 40.58 for FY 2008 (estimates), 40 for FY09(E) and 39 for FY2010(E).

However, a stronger rupee will benefit importers such as the oil marketing companies and airlines. While exporters like software, textiles, drugs and auto components will be adversely impacted by the stronger rupee, for global cyclicals, lower prices of landed imports will create downward pressure on local prices, the brokerage told its clients, in a latest note.

According to the equity research outfit of French Bank Credit Lyonnais, companies like Hindalco, Wipro, Infosys and Tata Steel will be negatively impacted by currency appreciation. Earnings of textile and hotel companies will also see downward revision in earnings due to strengthening of rupee, it said.

How will the Rupee surge impact you?

With factors suggesting that the rupee could rise, we could see a scenario of an increasing percentage of goods and services being offered locally, which would lead to lower prices and hence curb inflation further.

An appreciating rupee shows the strength of the economy, which can be seen when one travels overseas, if you try to convert what the dollar is worth. So maybe you should plan your overseas trip now, if you have enough disposable income.

You obviously have concerns if you are an exporter or work in an export-house. Another groups of people who may not be happy to see the rupee rising, would be those who hold dollar-denominated accounts. 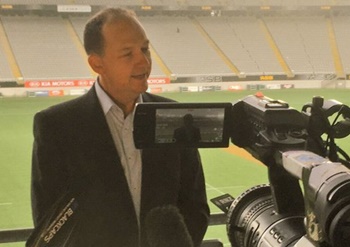