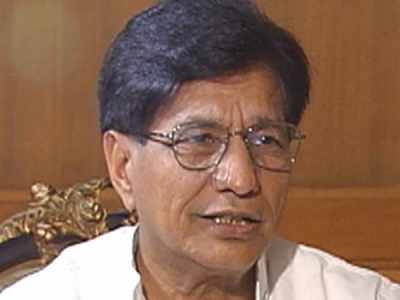 Ailing Kingfisher Airlines will have to satisfy aviation regulator DGCA about safe flight operations and also make sure that its employees are not disgruntled before it resumes its services, Civil AviationMinister Ajit Singh said.

"The Director General of Civil Aviation (DGCA) has suspended the flying licence of Kingfisher Airline because of safety reasons," Singh told reporters here.Singh said the planes of the airlines were not being maintained and serviced by their engineers who were on strike."Safety can't be compromised."

Capping three weeks of the Vijay Mallya-led carrier's lockout and its failure to come up with a viable plan of financial and operational revival, the DGCA today suspended its flying licence.

Asked about allowing the airline to resume its services, the Minister said "they can always come back. It can't resume operations until the DGCA is satisfied and they should have concrete plans regarding safety of operations.

"Singh also said that the airline management will also have to make sure that the employees were not disgruntled.The DGCA had disapproved the flight schedule of crisis-ridden airlines in the upcoming winter schedule, which begins on October 28 and goes on until March 31. Asked about allotment of Kingfisher's slot to other airlines, he said "I presume they would be allotted to other carriers".

The carrier has been saddled with a loss of Rs 8,000 crore and a debt burden of another over Rs 7,524 crore, a large part of which it has not serviced since January. The airline currently has only 10 operational aircraft compared to 66 a year ago.

The airline engineers went on strike from September 29 and refused to certify planes, demanding payment of at least four months' salary and that too before Diwali on November 12.

They were joined in a day by the pilots, which led the company to declare a lockout on October one. The airline has extended the lockout till October 23.