Kingfisher Airlines scrip on Thursday fell by about 5 per cent after the company's meeting with the striking employees failed to resolve the deadlock over unpaid salaries. 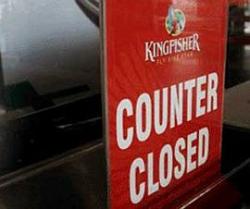 Shares of the company opened weak and soon fell by 4.76 per cent to touch the lower circuit limit of Rs 12 on the Bombay Stock Exchange.

The management of KFA, grounded since September 29, will be meeting striking pilots and engineers again on Monday in a bid to end the three-week imbroglio, indicating the crippled airline will have to extend the lockout for a second time.

The KFA management, led by chief executive Sanjay Aggarwal and HR head Hitesh Patel yesterday met the representatives of pilots and engineers to iron out issues arising out of seven months of unpaid salaries.

The debt-ridden airline, grounded since the past three weeks, had on October 10 said it would resume operations from October 20. 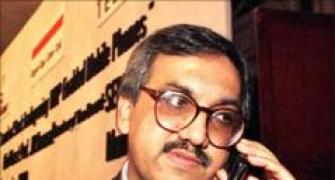 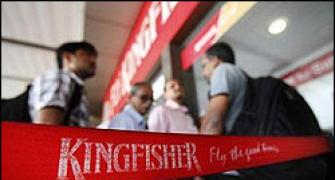 Kingfisher extends lockout by another 3 days 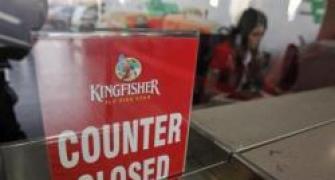 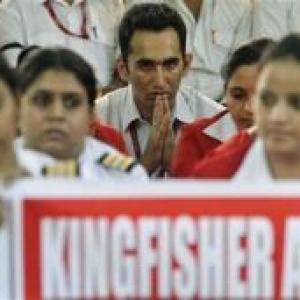 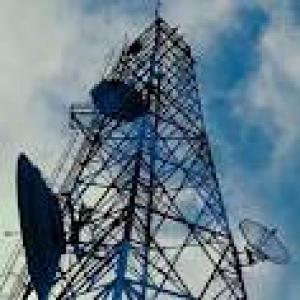