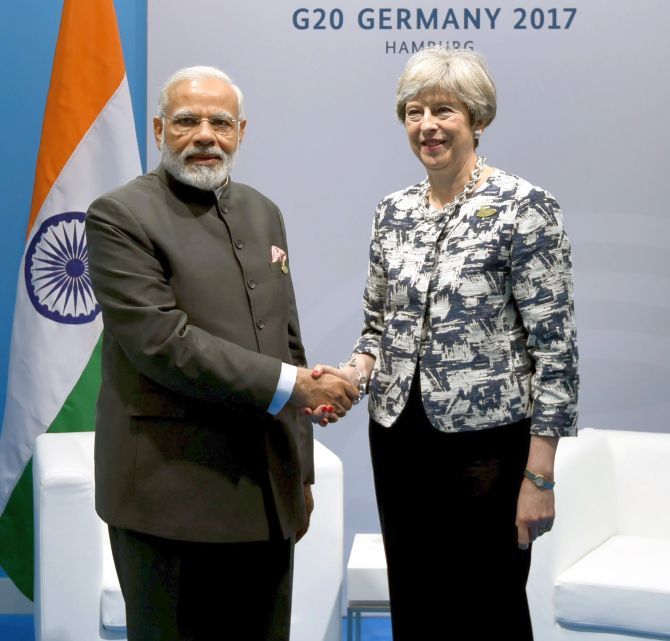 Mallya has been in the UK for months, escaping arrest warrants against him, while a court in London is also hearing a case regarding his return to India.

Modi met May during a bilateral meeting on the sidelines of the G20 Summit in Hamburgand sought UK's help in this regard.

Both leaders also talked about the complete range of India-UK ties.

Asked whether India seeking cooperation from the UK was limited to Mallya or whether Lalit Modi was also mentioned, Baglay told reporters, "I don't want to get into the specifics but the phrase used in the tweet is escaped economic offenders and it is plural."

"These are the brief discussions at such forums where leaders mostly touch upon these top priority matters," he told reporters.

Baglay refused to comment directly on any question related to Mallya.

Mallya, who is wanted in India for Kingfisher Airlines' default on loans worth nearly Rs 9,000 crore, has been in the UK since March 2016.

In April, he had attended a central London police station for his arrest and was released on conditional bail a few hours later after providing a bail bond worth 650,000 pounds, assuring the court of abiding by all conditions associated with extradition proceedings, such as the surrender of his passport and a ban on him possessing any travel documents.

Lalit Modi, the former chief of Indian Premier League, is wanted by the Indian authorities with respect to a money laundering probe and he is said to be in the UK.

The former cricket administrator has maintained that he has not done any wrong in any of the IPL deals.

The Enforcement Directorate had registered a money laundering case against Lalit Modi and others based on a Chennai police complaint in 2012 on charges of alleged cheating of BCCI-IPL in granting overseas telecast rights of the T-20 cricket tournament in 2009.

"Prime Ministers @narendramodi and @theresa_may met and held talks on the complete range of India-UK ties," the PMO said in a tweet. 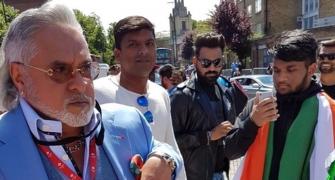