Port Blair may soon "officially" lose the tag of a major port, granted to it seven years ago, as the central government is of the view that executing a big-size port at that location is not feasible due to lack of container traffic.

The Ministry of Shipping had engaged a consultant to ascertain whether the declaration of Port Blair as a major port would be a feasible option. According to a source, the consultant has advised the government against it as even a transshipment hub at the location would be unable to attract traffic.

Keeping these studies in mind, the government has decided to not have a major port at Port Blair, the source said.

Major ports are the ones that handle large volumes of traffic, Port Blair does not qualify as one, an official said, however, he did not elaborate whether the government would scrap the June 2010 notification.

On June 1, 2010, under the Indian Ports Act, 1908, the central government had declared Port Blair as the 13th major port in the country.

A committee, headed by the joint secretary (Ports), ministry of shipping and chairman, Tuticorin Port Trust and four other members, was constituted to identify the requirement of staff for Port Blair Port Trust and transfer of entire establishment of Port Management Board to the trust in consultation with the Andaman & Nicobar administration and Andaman Lakshadweep Harbour Works to the trust.

The chief secretary, Andaman & Nicobar administration, in addition to his own duties and responsibilities, was given the additional charge as the chairman, Port Blair Port Trust.

The Andaman Harbour Works was merged with Port Blair Port Trust and the Lakshadweep Harbour Works came under the direct control of the Ministry of Shipping, headed by the deputy chief engineer and with the status of subordinate office to the ministry.

As per the traffic scenario study, conducted by the consultant of Sagarmala, cargo traffic in Indian ports is expected to grow from 1 billion tonnes per annum in 2015-16 to 2.5 billion tonnes in 2024-25.

The ministry of shipping plans to increase the overall port capacity from 1.67 billion tonnes per annum in 2015-16 to more than 3 billion tonnes in 2024-25 to handle the growing traffic. 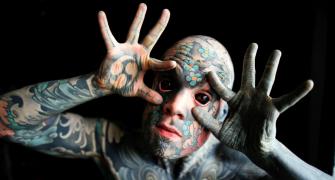