Why govt wants to classifying jobs based on skills

In the draft rules, among 681 listed professions, armed security guards, supervisors, surveyors, and carpenters (class I) are proposed to be treated as highly skilled professionals; electricians, tailors and drivers are skilled; cooks and cobblers as semi-skilled and dairy coolies, office peons and sweepers as unskilled.

The Centre has for the first time proposed classifying occupations on the basis of skills to remove arbitrariness while determining the level of minimum wage rates for different types of work.

The draft Code on Wages (Central) Rules, 2019, which has been put in public domain for consultation by the labour and employment ministry, has defined different skilled occupations in categories of semi-skilled, skilled, unskilled, and highly skilled.

This is a departure from the practice where the government fixes different rates of wages based on skills and geographical area but does not specify which work would be skilled or unskilled, leaving a scope of grey area in the law.

According to the draft rules, unskilled occupations would mean jobs that “require the application of simply the operating experience and involves no further skills” and skilled occupations as those which “involve skill and competence in its performance through experience on the job or through training as an apprentice in a technical or vocational institute and the performance of which calls for initiating and judgment.”

Occupations that require skill “acquired through intensive technical or professional training or practical occupational experience for a considerable period” will be termed as 'highly skilled' it said.

“Employers used to exploit workers by terming their work as unskilled or semi-skilled, even when their occupation required certain skill sets, keeping them in lower salary bracket.

"The ministry has come out with a list of occupations skill-wise, which will be dynamic in nature,” a senior labour ministry official said, requesting anonymity.

In the draft rules, among 681 listed professions, armed security guards, supervisors, surveyors, and carpenters (class I) are proposed to be treated as highly skilled professionals; electricians, tailors and drivers are skilled; cooks and cobblers as semi-skilled and dairy coolies, office peons and sweepers as unskilled.

“It is important to specify what will be treated as skilled or unskilled but the approach followed by the central government is flawed.

"If a person, who is classified as unskilled, works for a long period of time in the same occupation, he or she cannot be termed as an unskilled worker forever as they acquire some skills with work experience,” RSS-affiliated Bharatiya Mazdoor Sangh general secretary Virjesh Upadhyay said.

The central government has proposed to constitute a technical panel, headed by the chief labour commissioner, to advise it in skill categorisation, keeping in mind the national classification of occupation or the National Skills Qualification Framework.

“The government shouldn’t define skill categories based on occupations, unless it’s a hazardous job.

"A person working in same occupation maybe semi-skilled, while the other person may be skilled. People get paid based on their skill sets and it should be based on the judgement of employers. 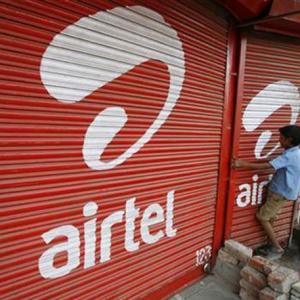