Vistara is all set for global foray

Vistara appoints Vinod Kannan as chief strategy officer; plans to launch its maiden international flight to Colombo in May. Vistara has appointed Vinod Kannan its chief strategy officer ahead of its planned international foray. Kannan, who was the chief commercial officer at Scoot, Singapore Airline’s budget arm, will look after network planning and airline alliances at Vistara.

“As Vistara accelerates its growth and prepares to take the next leap in its journey of becoming a global brand, certain changes have been introduced in the leadership structure.

"Strategy and commercial are cornerstones of any airline’s business, and these two areas will be bolstered to ensure focus on key priorities,” said a Vistara spokesperson.

Vistara had planned to launch its maiden international flight to Colombo in May, but the plan has been put on hold following a terror attack in the city.

The airline is now evaluating other destinations such as Dhaka and has sought government permission to launch services to Bangkok and Singapore.

It has code share ties with Singapore Airlines, British Airways, and Japan Airlines.

Industry sources say Kannan, who was previously working as Singapore Airlines manager in East India, could be tipped for a larger role in Vistara given his experience in network planning and commercial roles.

Vistara denied Kapoor is leaving the airline. Kapoor, too, told his colleagues there was no truth in the rumours of his exit.

Kapoor had joined Vistara from SpiceJet where he served as chief operating officer. 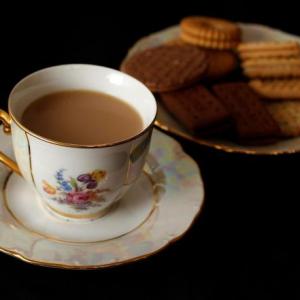