Zoozoos take a break, parrot does the trick for Vodafone! 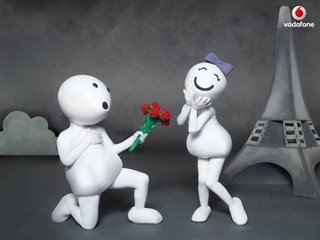 After taking the nation by storm last year, the cute Zoozoos in Vodafones ad are slowly losing out on their novelty factor leading to the introduction of an animated parrot in the telecom giants latest commercials.

"When the Zoozoos were introduced, they were something out of the world. But it is not going to be the same now.

"It has become familiar to everyone, so its not going to surprise us each time," Rajiv Rao, national creative director of Ogilvy and Mather, the ad agency handling the campaign, told PTI.

The simple, innocent and funny acts of the alien-like white, egg-headed creatures with balloon bodies created a phenomenon in the Indian advertising industry.

Besides securing a number of awards, the adorable Zoozoos quickly went on to become a darling of both the consumers and the advertising fraternity.

With more than six lakh fans on social networking site Facebook and lakhs of views on YouTube, their popularity, however, has failed to take a dip ever since they invaded television screens during the 2009 IPL matches.

But in the latest series of advertisements promoting its offering of a bonus card of Rs 4, Vodafone chose to create an animated parrot with actor Boman Iranis voice-over. "We don't want to overdo the Zoozoos.

We love them but at the same time, we didnt want to get repetitive with them," the adman known as the father of the Zoozoos said.

The Zoozoos, whose main motto was to showcase the various value added services that the company provides, were not deemed fit to deliver the new advertising message of the brand.

"For each message, we look at it very differently. And in this one, the Zoozoos didnt fit in. The product is clearly on tariff, and thats why we chose a different route," Rao said.

Vodafone Essar Indias vice president (marketing), Anuradha Aggarwal, indicated that the Zoozoos were rested lest a fatigue factor might work against them.

"Using Zoozoos was not appropriate at this point. They are special and if we use them unnecessarily all the time then we are not going to do justice to them and on the message that we need to deliver. Therefore, we will keep doing different things," she said.

For Zoozoo fans, the good news is that the company seems to be in no mood to phase out the superstar characters now.

"The Zoozoos will not be phased out. The consumers have a lot of love for them. They will not go anywhere, we will keep them alive," Aggarwal said when asked whether the company would bid farewell to them.

Adman Rao said they want to make sure that the next time viewers see Zoozoos, it should, once again, be surprising, refreshing and clutter-breaking in the crowded media space.

"The challenge is to keep refreshing the brand, keep surprising the viewers, and not being repetitive," he added.

The company, however, is tight-lipped on when will the old Zoozoos be back on television screens to entertain people.

To bring a fresh look to the brand and to communicate with changed target audiences, many brands have earlier killed their popular mascots. Inextricably linked with Hutch, the endearing pug gradually disappeared from its advertisements as part of a re-branding exercise after Hutchison Essar was acquired by Vodafone in 2007.

Similarly, the humble Maharajah with his striped turban, big moustache, traditional churidar kurta and pointy shoes, who became Air Indias mascot in 1946, was phased out after the airline merged with Indian Airlines.

To re-launch the brand, electronics maker Onida had decided last year to say goodbye to the 'devil', the company's mascot that for years aroused envy of neighbours who didn't own its TV sets.

The company's 'devil' ad campaign, whose tagline was 'neighbour's envy, owner's pride, was a rage at one point of time.

Created by RK Lakshman in 1954, Gattu, a naughty but hard working boy, served as the mascot of Asian Paints for many years before dying a natural death for want of fresh faces. 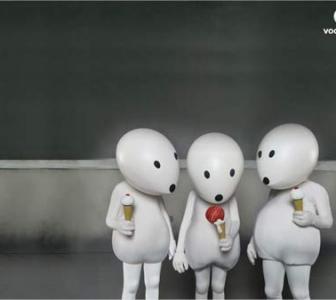 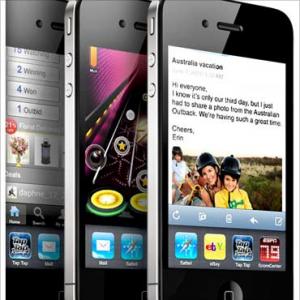 Vodafone to launch iPhone 4 in India 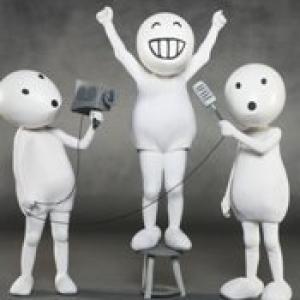