Nokia digs for gold at bottom of the pyramid 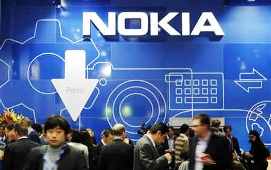 Its presence in the smart phone market is steadily diminishing and Windows 8 smart phones are still a few months away, but Nokia is still going strong by making a virtue out of necessity.

The strategy is simple: if you can't beat them in value, do so in volumes  which is why the Finnish mobile manufacturer is coming up with low-cost feature phones that can work like smart phones, incorporating even mobile internet and third party applications.

The focus is on the entry to mid-level customers and Nokia is shortly launching five Symbian-based Asha devices and another two full-touch devices. Priced between Rs 4,000 and Rs 9,000, the focus on the Asha range has a lot to do with Nokia's "connecting the next billion" strategy for emerging markets.

With the first device in the Asha series launched in November last year, Viral Oza, director (marketing), Nokia India claims, "People who had a very simple phone are now migrating to an Asha phone that delivers a smart phone-like experience for a fraction of that cost."

Ramon Llamas, senior research analyst with IDC's Mobile Phone Technology and Trends team notes, "Feature phones accounted for a majority of shipments from four of the five market leaders during the quarter (fourth quarter of 2011).

Even though their proportion is eroding, feature phones maintain their appeal on the basis of price and ease of use."

With Nokia's standing in emerging markets specifically in India being key to the Finnish company's business, Oza is banking on the Asha series to hook the first-time users.

"We know that many consumers have their first interaction with the web world on their mobile phones.

And a bad web experience on mobile phones would be a wasted opportunity for any vendor," says Oza.

That's why Nokia developed Nokia Browser for its Asha devices that reportedly reduces data charges and accelerates the speed at which the web pages are rendered on the device.

The Nokia Browser also comes with over 10,000 web apps, that make the mobile web good to look at and easier to use.

These web apps know where the user logs in from and hence improve the results based on local community.

"Along with five leading telecom partners, we bundled in three to six months of free data plans with the Asha devices. The data consumption just took off on Asha devices and now we are looking to close a few local partnerships that will help us source locally relevant mobile content for consumers," says Oza.

That's the reason perhaps for Nokia retaining its leadership in the overall mobile phone space in India with a 30 per cent market share in the October-December 2011 quarter, with Samsung following at 14.4 per cent, according to CyberMedia Research.

Globally, however, the scene is different. In the last quarter, Samsung raced ahead to become the world's largest handset maker breaking Nokia's 14-year stranglehold on the top position.

The Finnish mobile vendor also witnessed its revenues from emerging markets fall more than 40 per cent over Q1 2011 as cheap Android-based smart phones manufactured by Asian rivals bit into the volumes of its S40 (Series 40, a version of Symbian) based feature phones.

Analysts like Shiv Putcha, principal analyst (Emerging Markets team) with research firm Ovum argue that it's too early to write off efforts made by Nokia in the feature phone segment.

"With Android experience on mid-tier devices comparable to Nokia's S40 devices, it will be a close match," Putcha reasons.

He further adds that while Nokia awaits the launch of Windows 8 smart phones (in October-November) and possibly a Rs 10,000 Windows smart phone, the Asha series smart feature phones should help it hold its market share.

There's no denying the importance of the Indian market that has over 919 million subscribers (as of March 2012 as per TRAI data).

Analysts seem to have given a green signal to Nokia's efforts.