Six sectors that will open up market for India-US

In its communication to the Office of the US Trade Representative imploring the agency not to put India on its trade hit list when the Special 301 Foreign Trade Barriers report is released next month, the US-India Business Council (USIBC) provided a sector by sector progress report on US-India trade and the good-faith efforts by both sides to resolve problems amicably. 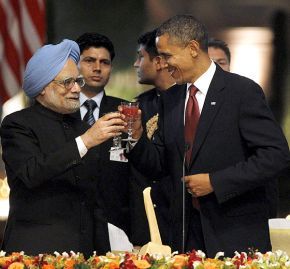 This sectoral report, made available to rediff.com exclusively argued, ‘‘A 301 downgrade is unwarranted as can be demonstrated by examples of progress on the Intellectual Property front and by the deepening collaboration underway in IP-sensitive industries, benchmarks worthy of attention.’

‘Many USIBC Information Technology members have major research and development (R&D) and innovation centres in India. The first such R&D facility by a US company was implemented in Bangalore by Texas Instruments as far back as 1985.

GE’s Jack Welch Centre followed and today virtually every major US telecom, electronic, IT innovator has a major R&D centre based in India.’

The Council informed the USTR that ‘Bangalore’s new airport and the hospitality industry in Bangalore, India’s IT capital, indicates that 70 percent  of all bookings are sourced from the United States – indicating the intense collaboration underway in the high technology sector by US firms which Bangalore is so well known for.’

‘To underscore the point, IBM has as many as 115,000 employees in Bangalore, ‘it said, and added, ‘The R&D underway by US firms in India develops software, hardware, and technology services, benefiting US  companies and Americans using these high-end products.’

Thus, it argued, ‘USIBC’s information technology members believe strongly and have voted with their investments that intellectual property is protected in India.’

Informing the USTR of Indian efforts to address concerns of America Inc, it pointed out that ‘in July 2013, the Indian Controller General of Patents, Designs & Trademarks issued draft guidelines for Computer Related Invention Guidelines. The Government of India invited public comment on these draft guidelines.’

‘This demonstrates government of India's intent to strengthen its IPR Regime and its commitment to enforcement – which is vital not just to industry, but to India’s reputation as an investment destination in this vital sector.’

On the energy sector, the USIBC said, ‘Highest-end technology collaboration in Civil Nuclear Cooperation is advancing with the signing this past September of a Pre-Early Works Agreement between Westinghouse and the Nuclear Power Corporation of India.’

Furthermore, it noted, ‘Patented, sensitive technologies, including trade secrets, are being exchanged between US companies and Indian public sector and private sector counterparts in the oil and gas exploration sector.’

‘India is home to the largest discoveries of both oil and gas in the past 10 years – in the KrishnaGodavariBasin and at Mangla in Rajasthan. From drilling equipment and technology to pioneering seismic and exploration techniques, companies like Baker Hughes, Schlumberger, Transocean, Fluor, Becthel, CH2MHill, URS, and a dozen other US majors are actively working in India to develop India’s energy security and its refining capacity.’

The Council said, ‘Major US energy equipment manufacturers are selling state-of-the art boilers and generation equipment to India directly, or have entered into licensing agreements with Indian public sector undertakings (PSUs) to manufacture domestically the power equipment necessary for India to provide reliable access of electricity for its energy-hungry population.’

‘With approximately 400 million Indian citizens still without access to reliable electricity, and India being one of the lowest per capita consumers of electricity, the market opportunity for companies like GE, Cummins, and CAT are enormous.’

USIBC noted, ‘India’s Competition Commission in its outreach to US  companies specifically made adjustments to its policy regarding IP and essential facilities to facilitate an atmosphere of collaboration and to deepen US-India energy ties.’

Arguing for continuing dialogue, it said, ‘It is imperative for the USG to remain deeply engaged with India on energy to ensure that India’s new government formulates a National Manufacturing Policy that is consistent with international best practices and norms concerning trade and collaboration in green technology.’

‘Incentives and innovative commercial business models, not mandates or compulsory licensing, will attract to India the needed technology to advance India’s quest for a strong manufacturing base that promotes clean and environmentally acceptable energy security.’

With regard to the Defence Sector, the USIBC made clear to the USTR that ‘there have been no Section 3 ITAR violations by the Government of India or private Indian Industry.’

Section 3 of the ITAR prohibits tampering with classified or sensitive defence exports and would indicate an intention to reverse engineer and copy the product.

The Council said, ‘Because there have been no Section 3 ITAR violations, and because there is growing strategic partnership between the US and India, there is now high-level advance technology defence collaboration being advanced by the Defence Trade and Technology Initiative.’

Countering another issue that that has often been brought up by US manufacturing lobbies, the USIBC said, ‘Through offsets, US and Indian industry have closely collaborated on technology transfer, and the exchange of trade secrets and sensitive technologies. Both US and

Indian industry believes that this collaboration is strengthening the US-India defence partnership and opening market opportunities for US companies.’

It said the USIBC was committed to ‘advocating greater cooperation between US and Indian defence research organizations such as DRDO and DARPA, which would facilitate even more robust defence R&D and expand market opportunities for US firms.’

The Council noted how ‘NASA continues to partner with ISRO to explore the frontiers of space, exchanging the most sensitive of technologies and IPR.’

On the Agricultural and Food Sectors, the USIBC informed the USTR that ‘India’s quest for greater food security continues to provide an extraordinary opportunity for collaboration with/by U.S. companies. Even in the face of considerable public opposition this past year, the GOI has reviewed by their Genetic Engineering Appraisal Committee and the Union Ministry of Environment has approved field testing of over 200 varieties of rice, wheat, maize, castor, and cotton to assess suitability for commercial production.’

‘USIBC urges the USG to engage the next government to ensure continuing advances in bringing these GMOs to market,’ it added.

It disclosed that ‘trade secrets associated with PepsiCo and The Coca Cola Company are being honoured and remain uncompromised. PepsiCo has announced plans for $2.6 billion additional investment in India. Coke continues to expand its joint venture with Indian partners and is presently the largest producer of mango in India.’

In its comprehensive sector by sector defence furnished to the USTR, the USIBC recalled, ‘In 2008, DuPont invested over $30 Million in the construction of just the sixth DuPont Knowledge Centre located outside the US in Hyderabad to focus on research into delivering new products and technologies across the company, including crop protection and discovery research for the DuPont-BP biobutanol advanced biofuels program. In 2013 the company opened an expanded facility that included an Application Development Centre focused on integrating advanced material science with other scientific disciplines for the automotive industry, which also has application into food processing, agriculture, irrigation, textile and many more.’

‘USIBC advocates that India’s next government fine-tunes rule-making associated with India’s National Biodiversity Act of 2002 to furnish definitive guidelines that are in consonance with international best practices, and which limits investor risk, areas under the Act which, if improved, will encourage greater FDI in this vital sector.’

While noting, ‘The Indian government provides for plant variety protection of plant varieties under the TRIPS regime,’ but acknowledged,’ needs also to extend PVP to all crops. Extending the PVP regime for all crops will bolster India’s IPR, attracting greater investment in this vital sector.’

In terms of the media and entertainment sector, the USIBC said, ‘The Indian government has recently adopted the Copyright Reform Bill to improve copyright protection across the creative works industry. While this legislation is far from perfect and is still evolving, it demonstrates Indian government’s intent to strengthen IPR and demonstrates India’s commitment to enforcement.’

It pointed out, ‘India’s Hindi film industry is the largest producer of films in the world. Some of the industry’s finest talent hails from India. The GOI and the industry as a whole have made a concerted effort to tackle the challenge of piracy and counterfeiting – which is endemic not just in India but to the entire sector in every jurisdiction and country.

Specifically, the USIBC informed the USTR that ‘in  2010, AACT was involved in 301 hard goods (DVD) raids in Mumbai and 19 additional raids across Northern India. The numbers of raids have increased across India year by year. In 2013, a GOI and Industry Joint Enforcement Campaign launched raids in Burma Bazaar and China Bazaar in Mumbai, resulting in arrests. In a bid to fight against piracy, an education campaign has been implemented by GOI and producers have been encouraged by the government to release productions online within days of premier releases.’

‘Producers hope that release of low cost, high quality prints will lure people to officially buy such movies online instead of indulging in pirated editions. High profile actors and producers like Shah Rukh Khan, Ramesh Sippy, Amir Khan, as well as their US counterparts, are working actively with the Indian government to educate the Indian public about the benefits of minimizing piracy and rewarding creativity.’

The Council also said, ‘ The Indian government hosts with India’s largest business chamber each year the annual FICCI FRAMES Conference – the largest in Asia – to raise awareness and to share technologies associated with protecting and rewarding creative productions in film, music, and video games.’

It noted, ‘Hollywood continues to collaborate with Bollywood at levels never before thought imaginable, and pointed out, ‘Steven Spielberg is a major collaborator with India’s richest family – the Ambani’s of Reliance fame. John Madden is presently in India filming the sequel to The Best Exotic Marigold Hotel and US-India collaboration in entertainment is at an all-time high.’

It said, ‘The government has formed a committee to examine further compulsory licenses under Section 92 of the patent act. Further engagement and dialogue by the USG with GOI is crucial.’

The USIBC said, ‘Like many countries, including the US, India has quasi-judicial hearings to challenge patents, which often end up in the Indian court system. In 2013, the Supreme Court actually temporarily reinstated a patent for kidney cancer. The Courts also decided to not revoke a patent held by a US biotechnology company.’

The Council said, it ‘believes more can be done by the Government of India to alleviate price pressures for medicines for those unable to afford access,’ and noted that it continues to ‘encourage India to increase annual expenditures on healthcare to achieve its target of 2.5 percent and to support either a private health insurance scheme or universal health insurance scheme or combination of both.’

It said, ‘Even against the backdrop of India’s overburdened court system, when a patent infringement is called to the attention of the courts injunctive relief is immediately rendered. That said, GOI is engaged with Industry to establish a more efficient parallel IP tribunal to address India’s growing global role in innovation and health care.’

The Council told the USTR that ‘the  USIBC urges further engagement on how legal relief can be more expeditiously administered by creating a specialized IP court in India.’

‘India’s promise to be a great innovator in pharmaceuticals, green technology, and other research-driven sectors is becoming a reality. All agree – including the Indian Government –that continued progress requires the creation of an environment that rewards and protects intellectual property 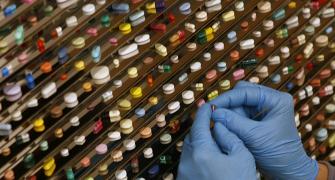 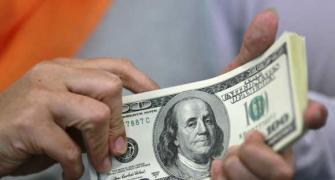 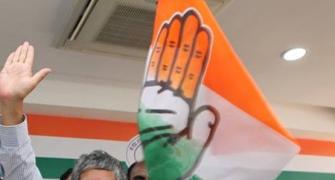 10 business people we'd like to see contesting the next election 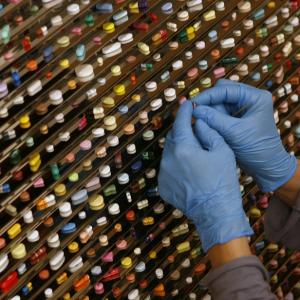 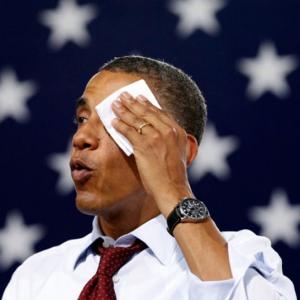