Rajiv Suri’s resignation is effective August 25, the company said in a stock exchange filing. Suri quit for personal reasons and would pursue a career outside India, it added. The retailer said an expert CXO committee would run day-to-day operations in the interim period.

Suri’s exit follows a challenging period, triggered by the Covid-19 pandemic and a national lockdown announced in March.

The company reported a 10 per cent decline in revenue in the March quarter, prompting it to shut under-performing stores and lay off nearly 15 per cent of its 7,500-strong workforce across the country.

The firm has 89 department stores across 44 cities in India. It also 11 premium home concept stores under Home Stop brand and 132 beauty stores.

Same-store sales growth in the March quarter had dropped by as much as 16 per cent for the retailer, since its stores were shut in the second half of March because of the lockdown.

The April-June period is also expected to reflect the pain of the lockdown, since consumers continue to keep their focus on essentials and are keeping discretionary spending low, said retail analysts.

While Amazon has a 5 per cent stake in Shoppers Stop, contribution of online sales to total revenue remains small for the company.

Before the pandemic struck, the retailer, under Suri, was rejigging its store formats, putting a three-tier structure in place, which would target the economy, mid-market and premium retail segments. Some stores in Mumbai and Delhi were remodelled on these lines.

Suri, 57, who had joined Shoppers Stop in January 2018 as its CEO, was subsequently elevated as MD in June of that year. He has over 25 years experience in the retail industry, having joined Shopper Stop from Dubai-based retailer Majid Al Futtaim Holding, where he was CEO of the fashion business. His family continues to stay in Dubai, retail industry sources said.

Shoppers Stop said on Friday that Suri quit for personal reasons and would pursue a career outside India. 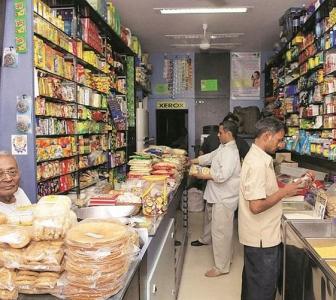 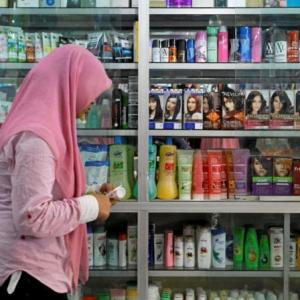 Shoppers Stop to focus on beauty to drive growth