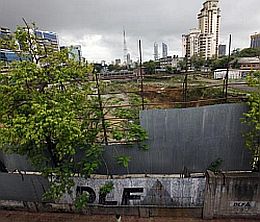 Regulator Sebi has barred realty major DLF, as also six top executives including Chairman K P Singh, from securities markets for three years, after finding the company guilty of "active and deliberate suppression" of material information at the time of its public offer.

"I find that the case of active and deliberate suppression of any material information so as to mislead and defraud the investors in the securities market in connection with the issue of shares of DLF in its IPO is clearly made out in this case," Sebi's Whole-Time Member Rajeev Agarwal said in his 43-page order.

"I am satisfied that the violations as found in this case are grave and have larger implications on the safety and integrity of the securities market.

"In my view, for the serious contraventions as found in the instant case, effective deterrent actions to safeguard the market integrity.

It, therefore, becomes incumbent to deal with contraventions, digression and demeanour of the erring Noticees sternly and take appropriate actions for effective deterrence," Agarwal said.

The company and its top executives are found to have violated various regulations including Sebi's Disclosure and Investor Protection (DIP) Guidelines and the PFUTP (Prevention of Fraudulent and Unfair Trade Practices) norms.

As per the order, those facing the ban include T C Goyal (Managing Director), Kameshwar Swarup and Ramesh Sanka.

All of these persons, including K P Singh and his two children, were part of the top management at the time of filing IPO documents.

About G S Talwar, who was also a non-executive director at that time, Sebi said it could not be established whether he was involved in day-to-day operations of the company and and therefore it was giving him "benefit of doubt".

Sebi began its probe after a Delhi High Court order in April 2010, wherein the regulator was asked to undertake an investigation into the complaints made by one Kimsuk Krishna Sinha, who had also filed complaints with Sebi in 2007.

The complaints were mainly related to DLF's dealings with some of its allegedly related entities. Singh family is also a main promoter of the realty giant.

"In this case, I have already found that the process of share transfer of three subsidiaries of DLF in Sudipti, Shalika and Felicite was through sham transactions as alleged in the SCN (Show Cause Notice) and that the Noticees employed a plan, scheme, design and device to camouflage the association of DLF with its three subsidiaries namely, Felicite, Shalika and Sudipti.

"In this case under such plan, scheme, design and device, the Noticees suppressed several material information in the RHP/Prospectus of DLF and actively concealed the fact about filing of FIR against Sudipti and others.

"In the facts and circumstances of this case, I find that the case of active and deliberate suppression of any material information so as to mislead and defraud the investors in the securities market in connection with the issue of shares of DLF in its IPO is clearly made out in this case," Sebi's Whole Time Member said in his order dated October 10, which was released today.

Besides, the "active and known/deliberate suppression of material information and facts in a RHP/Prospectus so as to mislead and defraud the investors in securities market in connection with the issue of shares would be covered" within the PFUTP Regulations, Sebi said. There was no immediate reply from DLF on Sebi order.

Source: PTI© Copyright 2020 PTI. All rights reserved. Republication or redistribution of PTI content, including by framing or similar means, is expressly prohibited without the prior written consent.
Related News: DLF Ltd, Securities and Exchange Board of India, IPO, Himank Sharma, Sebi
SHARE THIS STORY
Print this article 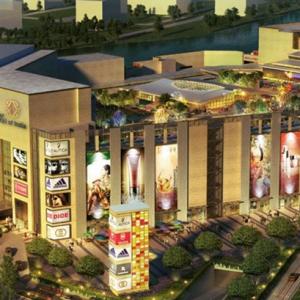 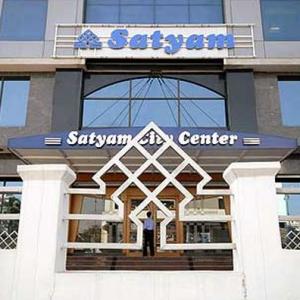