RBI may pause this time, but rate cut likely in Dec 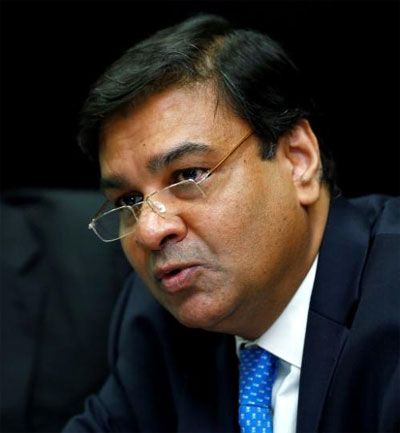 A majority of bankers and economists expect the Reserve Bank of India (RBI) to keep key policy rates in hold in its monetary policy review on October 4, according to a Business Standard poll.

The central bank might cut rates by at least 25 basis points in its December review, since, by then, a clearer picture would emerge on the inflation as well as the economic growth trends.

Top bankers, economists, rating agency executives and bond market players participated in the poll, where four out of 10 said there could be a rate cut in October.

This is a departure from the last few policy polls, where the participants were unanimous in their opinions on a rate cut or a pause.

The October policy will see the imprint of the new RBI governor, Urjit Patel, and the Monetary Policy Committee (MPC).

From now on, the MPC will decide on the policy course as a departure from the standard practice of the RBI governor taking the call in the past.

There are three outside members in the six-member committee, whose names were announced by the government last week. The rest are from the RBI.

The external members are academics Chetan Ghate, Pami Dua and Ravindra Dholakia. From the RBI, there will be Governor Urjit Patel, Deputy Governor R Gandhi and Executive Director Michael Patra.

They would be targeting inflation and tune the policy rate according to the trajectory of prices.

“The new era of monetary policy, with the MPC, is yet to start. Once the MPC is in place, we can’t rule out a cut when most of the determinants are supportive,” said Soumyajit Niyogi, associate director, India Ratings and Research.

However, if the MPC does not take a call on rates this time, the RBI governor might want to exercise a pause and cut in the December policy, Niyogi added.

Determinants, such as data on inflation, are indeed supportive.

Soumya Kanti Ghosh, chief economist, State Bank of India, is confident to call for a 25-50 basis points rate cut. The October policy is the de facto half-yearly policy, where RBI projections on growth, inflation, and credit growth for the financial year are revisited.

“There is no fear of inflation haunting us now. Inflation is going to steadily fall below four per cent in the coming months. In fact, because of a rapid decline in the prices of pulses, the headline inflation itself will fall to the 4.6-4.7-per cent level in September,” said Ghosh.

“Core inflation itself is falling and this should be good enough reason to assume that RBI has a hold on the price situation,” said Ghosh.

CPI inflation in August stood at 5.05 per cent, down from 6.17 per cent a month ago. However, the July index of industrial production (IIP), the latest data available, contracted 2.4 per cent.

According to Anubhuti Sahay, chief economist, Standard Chartered, a rate cut is on the cards, considering the formation of the MPC and also a lower inflation trajectory. She expects another rate cut in December as well.

However, the logic behind a pause is equally persuasive.

Union Bank of India Chairman and Managing Director Arun Tiwari said he does not expect a rate cut in the October policy, but it may happen by end of current financial year (2016-17).

According to Tiwari, cutting rates now would hardly boost investment in the near future.

“RBI will take review the food inflation trajectory and effect of the Seventh Pay Commission roll out on prices before taking a call on rate decision,” said Nayar.

Effective implementation of the goods and services taxes (GST) and kharif crop would be factors to watch out for before initiating cuts, said Nayar,

Kotak Mahindra Bank’s senior economist Upasna Bharadwaj said RBI would want to exercise a pause and instead would see how the FCNR(B) related outflows get sorted in the system.

“There could be more assurance about liquidity measures in the policy because of the FCNR (B) outflows. We expect another 25-50 basis points cut, but not in this policy,” said Bhardwaj.

“I do not think there is great amount of conviction within RBI or even any one of us around a further interest rate reduction, because markets have already rallied significantly. However, there is a strong possibility of a rate cut in the period between this policy and the next,” said Sridhar.

“It is essentially a call on whether lower inflation or disinflation that we saw in August is sustainable. I would expect RBI to pause in October and if the disinflationary trends continue, they would perhaps have a scope to cut rates in December,” said S P Prabhu, head, fixed income, IDBI Federal Life Insurance.