The financial services sector, including NBFCs and housing finance companies (HFCs), have historically been the largest borrowers from MFs.

The overall exposure of mutual funds (MFs) to non-banking financial companies (NBFCs) has dipped by 30 per cent since July 2018, the month after which the Infrastructure Leasing & Financial Services (IL&FS) crisis began to surface.

The percentage share declined to 12.8 per cent, from 19 per cent, in the same period.

Investments in commercial papers (CPs) of NBFCs are on a consistent decline.

The financial services sector, including NBFCs and housing finance companies (HFCs), have historically been the largest borrowers from MFs.

According to a recent Securities and Exchange Board of India (Sebi) circular, debt MFs can invest only in listed CPs, even though existing investments in unlisted CPs can be held to maturity.

CPs are monetary instruments used by large corporate companies to borrow for the short term in the money market for up to a year.

The largest proportion of debt AUMs were invested in corporate debt papers totalling Rs 4 trillion at the end of October 2019.

Compared with the previous month, assets in this category improved marginally by Rs 3,100 crore; in percentage terms, it declined to 27.4 per cent of debt AUMs.

According to a report by Credit Suisse, some of the perceived weaker NBFCs have seen MF funding come down sharply, even as the fund has increased for a few stronger NBFCs.

“Debt markets continue to differentiate among NBFCs, with long-term bond funding still available to only a select few.

"For short-term paper, the spread on borrowing costs among NBFCs has widened to historic highs of 400 basis points-plus despite surplus liquidity.

"Recently, with divergent trends visible even for selldowns from NBFCs, the funding options for the perceived stressed names have reduced further,” said the November 11 research note.

A large quantum of money flowed into debt MFs after demonetisation, which was largely invested in short-term papers issued by NBFCs and HFCs that resorted to short-term borrowing to reduce their cost of funds.

This surfaced after the IL&FS fiasco in September last year.

Piyush Goyal's agenda in US 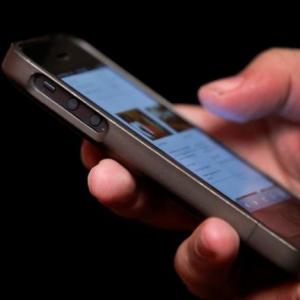