Amid the protests against leading e-commerce firms, Flipkart and Amazon, shipments through the online route in fact witnessed a double-digit growth every quarter. 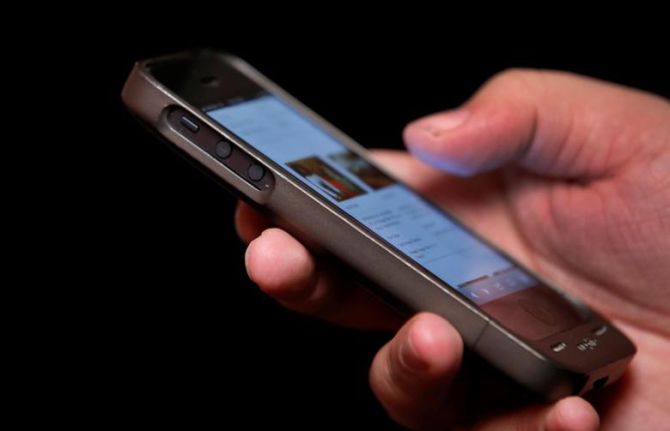 Despite country-wide agitations by traders against the alleged unfair practices by e-commerce giants, shipments of smartphones continue to surge - riding on the astounding growth in online sales.

Amid the protests against leading e-commerce firms, Flipkart and Amazon, shipments through the online route in fact witnessed a double-digit growth every quarter.

Data from analyst firms like IDC India and Counterpoint Research show that shipments through the online channel grew by a whopping 28.3 per cent year-on-year (YoY) in the quarter ended September.

This has taken share of the online channel in the overall sales to an all-time high of 45.4 per cent.

In the previous quarter, shipments through the channel had surged 26 per cent YoY.

This comes at a time, when shipments in the traditional brick and mortar stores are shrinking.

While, in the June quarter, shipments through offline channel dipped by four per cent, in September, the fall was at 2.6 per cent YoY.

Consequently, the share of offline stores, which used to hold over 75 per cent of the market three years ago, has now fallen to less than 55 per cent.

This has provided wind to the agitation that traders have launched against the e-commerce giants in the country.

It further launched a country-wide agitation that includes more than 40,000 trade associations, including the All-India Mobile Retailers’ Association.

In fact, CAIT has made several representations to the commerce minister against Flipkart in the past few months.

Citing its balance sheet, the retailers alleged huge revenue losses to the exchequer caused by the onlines firm.

Flipkart, which is at the centre of a controversy, now sells every six out of 10 smartphones sold online in India.

Data shows that it has traditionally been stronger in the consumer technology segment.

In the September quarter, Flipkart’s share in the online smartphone space rose to an all-time high of 58 per cent - from 53 per cent a quarter ago.

The second largest player, Amazon, however, lost share - to 29 per cent in September from 36 per cent the June quarter.

“The growth and maturity of online channels that serve more pincodes than ever, coupled with greater customer service, attractive promotions from discounts to cashbacks and EMI (equated monthly instalment) were pivotal in driving smartphone sales,” said Anshika Jain, research analyst at Counterpoint.

Smartphone players that have been stronger in the online channel have gained further momentum in the recent quarter.

Xiaomi, the current market leader, had begun its journey here as an online-only brand.

While it has expanded its offline reach significantly in recent times, it continues to lead the online channel with over 40 per cent share.

Its peers, Vivo and Oppo, which ride on the online boom also, have gained significant market share in recent quarters.

The two brands have grown their shipments in September by 59 per cent and 92 per cent, respectively, compared to the previous month.

According to Navkendar Singh, research director at IDC India, the unabated aggression by online players will continue to be a challenge for offline retail, which is still the largest channel for smartphones in India.