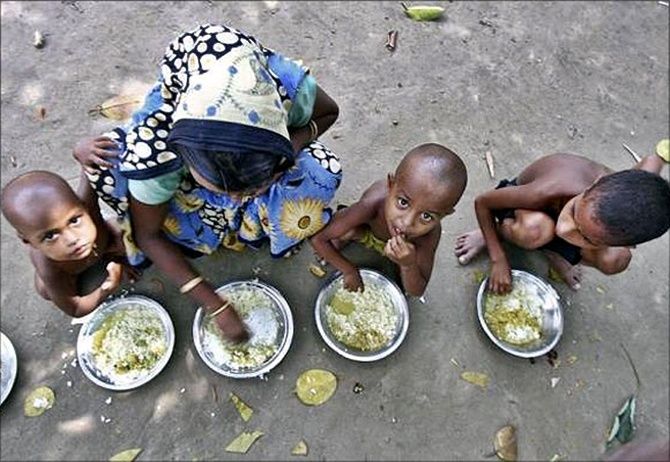 Though hunger levels are not alarming in India, it still fares badly, lagging behind Nepal and Sri Lanka on the Global Hunger Index.

While its rank has improved to 55th rank in the Global Hunger Index this year, from 63rd position (GHI) last year, its hunger status remains classified as "serious".

"Progress in dealing with underweight helped India’s 2014 GHI score fall to 17.8 points. India now ranks 55th out of 76 countries, before Bangladesh and Pakistan, but still trails behind neighbouring Nepal and Sri Lanka," the GHI report said.

While India is no longer in the "alarming" category, India’s hunger status is still classified as "serious", says the report.

India’s score in the index improved significantly from 21.3 points last year to 17.8 points this year. The lower the score, the lesser the incidence of hunger as estimated by the IFPRI. Image: A child cries during the evening meal at a road-side camp for flood victims near Shabar Jangi on the outskirts of Peshawar. Photograph: Tim Wimborne/Reuters

The report states that though the fight against hunger has intensified, 805 million people across the world still remain hungry.

While Pakistan and Bangladesh are ranked at 57th position in the Hunger Index, Sri Lanka with a score of 15.1 is ranked at 39, well ahead of India. Angola, Bangladesh, Cambodia, Chad, Ghana, Malawi, Niger, Rwanda, Thailand, and Vietnam have shown much progress.

China scores 5.4 on the Index, (ranked 5th) which signifies lesser population of hungry or malnourished. Burundi is among the countries worst affected by poverty, hunger and malnourishment. Food insecurity, poor education and high inflation have added to the nation’s woes.

Mauritius and Thailand are ranked the best with a score of 5 with the least number of hungry people. The International Food Policy Research Institute and NGOs Welthungerhilfe and Concern Worldwide have jointly prepared the report.

On a 100-point scale, a score of zero represents no hunger and a score of 100 shows entire population is undernourished. 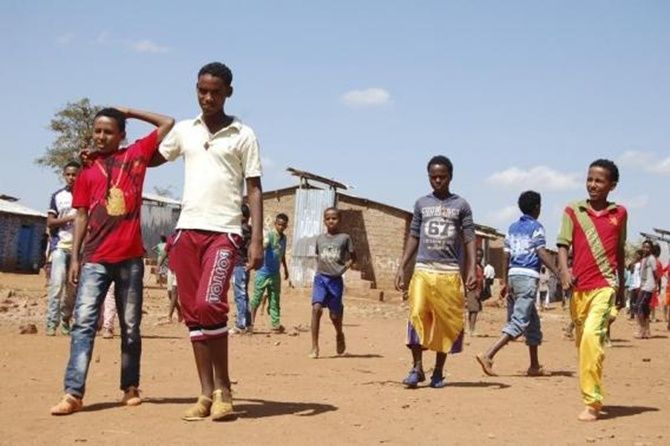 Eritrea has ‘extremely alarming’ poverty scores with the highest proportion of undernourished people, says the report. Timor-Leste has a high population of underweight children under five. 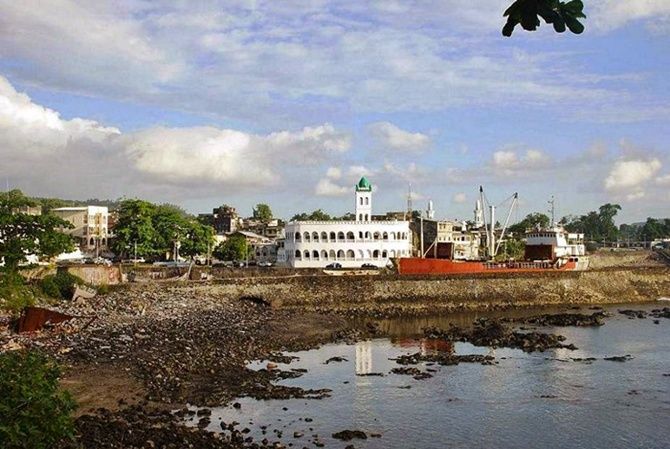 Image: A South Sudanese girl displaced by the conflict carries a kid on her back. Photograph: Andreea Campeanu/Reuters 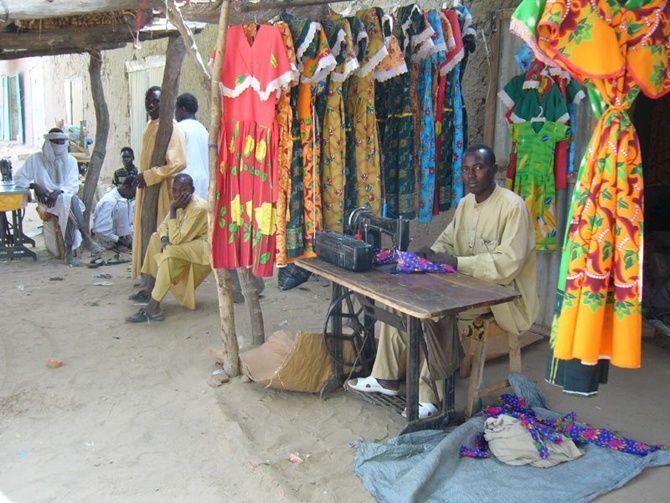 One of the world’s poorest nations, Chad has the highest under-five mortality rate. The report states that ‘micronutrient deficiency’ affects about 2 billion people around the world. “Poor diet, disease, impaired absorption, and increased micronutrient needs during certain life stages are among the causes of hidden hunger, which may “invisibly” affect the health and development of a population,” says the GHI report. The level of hunger in the world is still serious, with 805 million people continuing to go hungry, according to estimates by the Food and Agriculture Organization of the United Nations. Around 45 per cent of Zambian children under the age of five are stunted and suffer from chronic malnutrition. 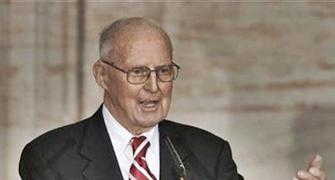 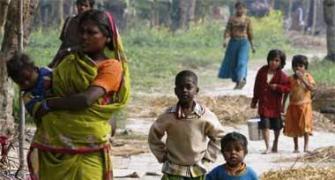 India is home to 1/3rd of the world's poor: IMF