Since 2005, in 8 out of 10 years (except in CY11 and CY14) the benchmark indices have given positive returns in December. 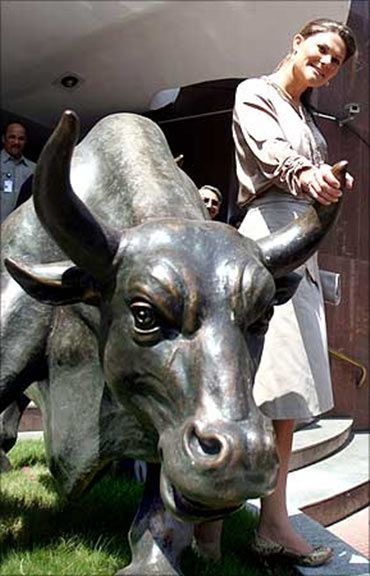 Markets have spent most of 2015 in consolidation mode after surging around 30 per cent in 2014.

Till November 30, the BSE Sensex and the Nifty 50 indices lost around five per cent each and remained mostly flat during the first two trading sessions in December.

By comparison, frontline global benchmark indices in Argentina, France, Nikkei, China and the S&P 500 logged gains in CY15, rallying one per cent to 51 per cent during this period. On the other hand, frontline benchmarks in Hong Kong, Sri Lanka, Brazil, Taiwan, Jakarta and Singapore have fared worse than India, falling 5.3 per cent to 15.1 per cent till November 30.

After hitting record high levels in March 2015, concerns relating to China, a slowdown in global growth, fears of Greece exiting the euro zone, the impending rate hike by the US Federal Reserve, slower-than-expected growth in corporate profits, and Parliament logjam were some of the factors that dented market sentiment in 2015.

What does December hold in store? Will the markets witness a ‘Santa Claus rally’ this time around, especially at a time when the US Federal Reserve could increase key interest rates for the first time in nearly a decade?

Many consider the Santa Claus rally to be the result of people buying stocks in anticipation of the rise in stock prices during January. This is also known as the January effect.

December has traditionally been good for equities. Since 2005, in eight out of 10 years (except in 2011 and 2014) the benchmark indices have given positive return in December, data suggest.

While analysts agree the outlook for equities as an asset class remains strong, the markets might not see a runaway rally from here on in the near-term and a lot would depend on the outcome of the upcoming US Fed meeting and its outlook on the trajectory for future rate hikes.

“Usually, what happens in the second half of December is that the foreign institutional investors (FIIs) go on a holiday. As a result, there is a reduction in volumes and there is frenetic activity in the mid- and small- cap segments. I don’t think the case will be any different this time as well and we will see the mid-and small-cap segments perform relatively better, at least in this month. This has been the trend for the past few years and it is likely to continue this year as well,” says Vaibhav Sanghavi, managing director, Ambit Investment Advisors.

On the large-caps and the frontline benchmark indices, analysts say besides the outcome of the US Fed, the investors will eye the outcome of the European Central Bank (ECB) meeting and the ongoing Parliament session in India for the status of key policies.

“There is an expectation the ECB will increase stimulus, which will have a bearing on how the markets play out. Besides the Fed meeting outcome, what business gets done in Parliament is also a key variable that the markets will keenly monitor in the short term. We think after the Fed rate decision, there will be some stability in FII flow into the emerging markets. Broadly, the market should trend higher over the next three months,” Sanghavi adds.

U R Bhat, managing director of Dalton Capital Advisors, however, feels the markets are unlikely to see a runaway rally from here on.

Nifty, he says, will remain range-bound between 7,500 and 8,250 and suggests investors utilise dips to add on to positions from a medium-term perspective.