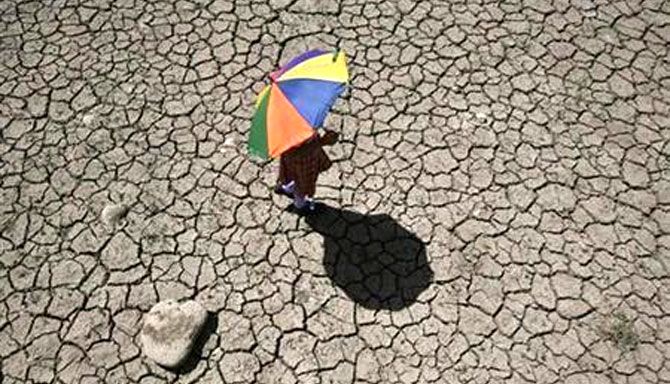 Image: A schoolgirl crosses a dry pond on the outskirts of Jammu .
Photograph: Mukesh Gupta/Reuters.

Offering help in the adaptation of climate change, American President Barack Obama said, on Tuesday, unless countries like India embrace cleaner fuel, the world does not stand a chance against climate change.

"I know the argument made by some that it is unfair on part of countries like the United States to ask developing countries and emerging economies like India to reduce your dependence on same fossil fuel that powered our growth for more than a century," he said in his Town Hall address in New Delhi.

Obama said being global partners means confronting global challenge of climate change even as he cautioned that with rising seas, melting Himalayan glaciers, more unpredictable monsoons, cyclones getting stronger, few countries will be more affected by a warmer planet than India.

The American president said that the US recognises its part in creating the problem so it is leading the efforts to combat it and said America's carbon pollution is at its lowest levels in the last two decades.

"But here is the truth even if countries like the United States curb emissions, if countries that are growing rapidly like India with soaring energy needs don't also embrace cleaner fuels, then we don't stand a chance against climate change," the President said. 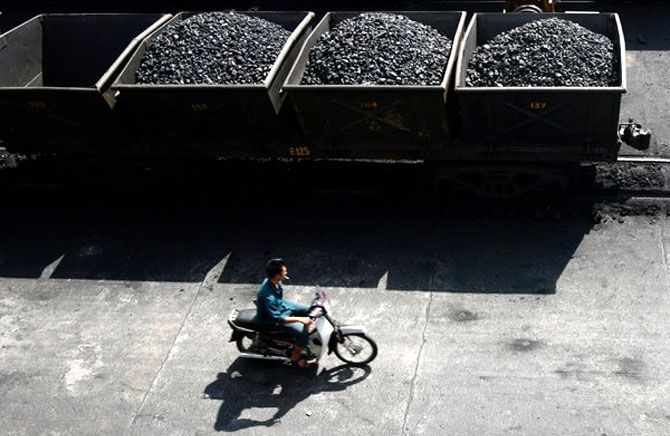 "We will continue to help you deal with impacts of climate change because you shouldn't have to bear that burden alone. As we keep working for a strong global agreement on climate change its young people like you who have to speak up so we can protect this planet for your generations," he said.

In his 30-minute speech to a select audience at the Siri Fort auditorium, Obama said he would be gone when worst affects us and it will be present generation and their children who will be impacted.

"That's why it's urgent that we begin this work right now," he said. 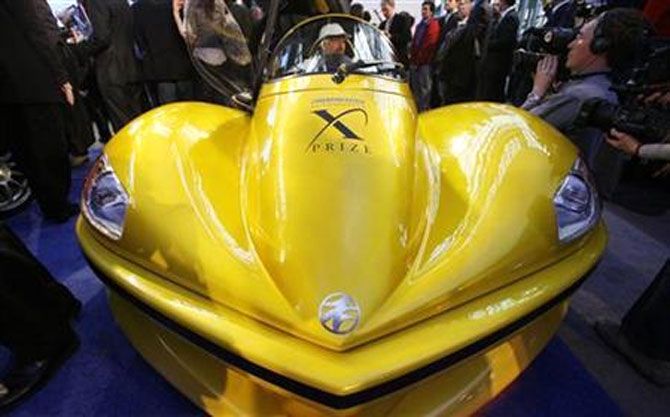 The US President said with the breakthrough achieved during this visit, the two countries can finally move to fully implementing the civil nuclear agreement which would mean more reliable electricity for Indians and cleaner energy that helps fight climate change.

He said as more energy is delivered, countries should tap in more cleaner renewable energy like solar and wind.