News
Business
Movies
Sports
Cricket
Get Ahead
Money Tips
Shopping
Sign in  |  Create a Rediffmail account
Rediff.com  » Business » No move yet to finalise visa bond for Indians in UK 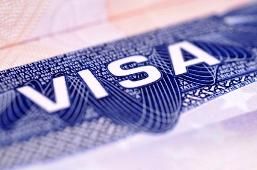 Britain has indicated to India that there is no move to finalise the controversial 3,000- pounds visa bond scheme for Indians soon, a senior Indian diplomat has said in London.

Answering a question on the controversial bond at a farewell reception hosted in his honour at the India House, outgoing Indian High Commissioner to the UK Jaimini Bhagwati said, "The issue was taken up with the UK government both at the government level and senior ministerial level."

"They were told about our concerns. If the idea is to target someone who will violate the Visa rules, then it is not clear how the bond will prevent such violators.

“There is no move to finalise the proposal soon," he said.

from certain countries, including India.

Clegg is the latest senior figure from the Liberal Democrat party to speak out against plans to charge 3,000 pounds from foreigners belonging to certain ‘high risk’ nations.

Earlier, British Home Secretary Theresa May had set the amount at 3,000 pounds, which will be refunded upon departure but forfeited if visitors overstay their visas.

A pilot version of the scheme is scheduled to go ahead in November and is expected to affect countries like India, Pakistan, Bangladesh, Sri Lanka, Nigeria and Ghana.

Indian ministerial circles had raised strong objections and sought full details on the application of the scheme.

Immigration remains a sensitive political issue in Britain against the backdrop of unemployment and austerity measures brought on by the economic crisis.

Prime Minister David Cameron has pledged to cut net immigration from 252,000 a year in 2010 to below 100,000 a year by 2015.
H S Rao in London
Source: PTI© Copyright 2022 PTI. All rights reserved. Republication or redistribution of PTI content, including by framing or similar means, is expressly prohibited without the prior written consent.
Related News: Nick Clegg, India House, UK, Jaimini Bhagwati, David Cameron
Print this article 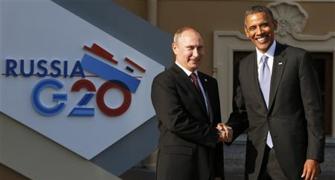 Hopefully, Obama will appreciate the fierce urgency of now! 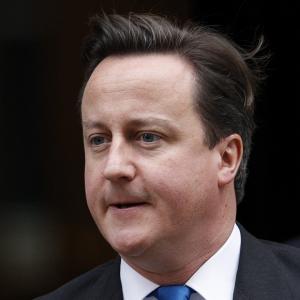 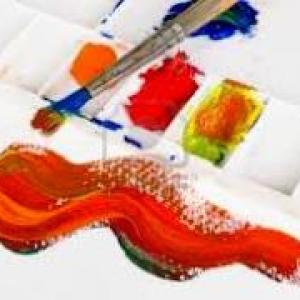