Nike runs to seal the bond with young adults 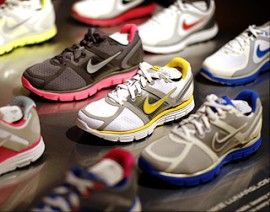 Nike is trying to make the most of the respite provided by the stock-taking that Reebok, the leading sportswear brand in the Indian market, has had to do in the wake of an alleged financial fraud last year.

Nike is now digging deeper to reach its core audience -- the teenage buyer.

It is sharpening its use of the audience’s regular digital and physical haunts -- social networks, mobile phones and colleges.

For example, the latest version of cricket’s Team India jersey, was first unveiled on Nike’s social networking page by its followers.

The company had put out a locked image of the jersey that had to be gradually unveiled by clicking on different parts of the image by fans -- a process that took less than two days with clicks from 5,000 fans.

The media launch by members of the Indian cricket team followed the online unveiling.

All bets on running

So far Nike had associated with cricket (as the official sponsor of the BCCI and known for its Bleed Blue campaign) and soccer.

But when reaching out to teenagers and young adults in their physical spaces such as colleges, the brand is betting on the activity of running.

“In India, there is an incredible revolution in terms of running. It has long legs because it is a sport that is easier to embrace.

“There is a huge momentum as it is becoming a community sport. There’s a race practically every weekend,” says Avinash Pant, marketing director, Nike India.

The company is attempting to grow the sport by partnering with college festivals.

Nike is exploring a possible tie up with IIT Mumbai for its much-publicised fest, Mood Indigo, held in the month of December.

It recently tied up with NMIMS, Mumbai for ‘Umang’ and hosted a 4,000-metre race.

This was followed by Kaleidoscope, the fest at Sophia’s College, Mumbai.

To add to the excitement, Nike gave the participants wearable chips that were connected to and tagged them on Facebook in real time, posting pictures and updates of the race.

The sense of accomplishment and of camaraderie that running fosters is being taken online by Nike.

To walk the talk when its young consumers, an impatient lot, walk in, Nike has spruced up its outlets as well.

Not only has it

labelled its racks with footwear for different sports, it has opened stores that predominantly offer running gear and gait analysis to understand the kind of footwear best suited to an individual.

“If you go closer to the footwear wall on running, you will see three classifications in that category -- barefoot, neutral and stable.

“These cater to three different gaits -- those who have a neutral gait, those who underpronate and those who overpronate,” Pant says.

Nike says it will underline its association with atheletes at different levels to create an impression on the demanding youth.

It refers to its work with athletes from both smaller sports academies and those from the likes of the BCCI and English Premier League to hone its attention to detail.

“One of our philosophies is to listen to the voice of the athlete -- that voice could be one of (Rafael) Nadal or an aspirant playing in the KSCA right now.

“We are maintaining our laser-sharp focus on the one who’s staying up late at night to catch the English Premier League, for example, watching his players closely to become like them” says Pant.

However, about two-third of this market is unorganised, according to EY’s retail and consumer products expert, Pinakiranjan Mishra.

“This is an industry which is growing at a robust rate. Even if you ignore pricing and other challenges, the fact remains that the market is under-penetrated,” Mishra says.

“The opportunity is abundant as India is a country where the per capita usage of footwear is one of the lowest, but the average Indian’s spend on footwear is doubling over short periods.”

Reebok had tasted success from sales in Tier II and II towns with a price advantage, a strategy that Puma is now rushing in to follow.

Nike, however, is keen to maintain focus on urban India.

Nike will have to watch out as it is learnt that Reebok is readying a new offensive in a market where Puma, and Adidas are the other two branded contenders looking to tap a fitness- and fashion-conscious youth.

• Completing 25 years of its ‘Just Do It’ campaign, Nike is sharpening its India youth focus
• Unveils Team India’s cricket jersey in social media by making fans participate
• Associates with running in colleges to back the community sport
• Launches stores that focus on running gear and gait analysis
Antonita Madonna in Bengaluru
Source: 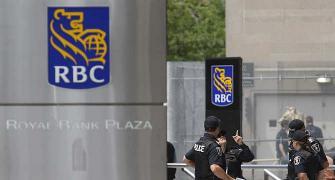 19 banks that have most HEALTHY books in the world 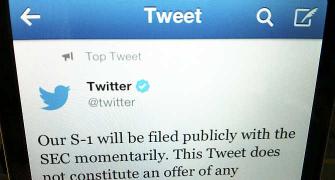 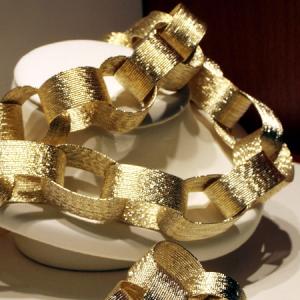 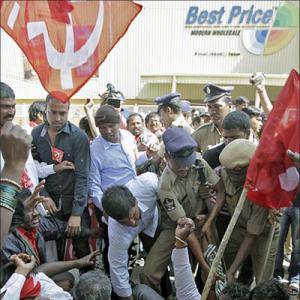 It's official. Wal-Mart, Bharti deal is over