Leaders of India Inc, who had come out in support of the farm laws last year, have said the sector needs reforms to improve farmers' incomes. The government's decision to form a committee to address concerns would go a long way towards identifying the actual pain points of farmers, they said.

"The laws were anyway under abeyance as per the court directives. There is a need for reform in the area of farming to improve the realisation of farmers so that it remains remunerative," said Varun Berry, managing director of food major Britannia Industries.

"The focus should be on improving access to credit insurance for farmers and availability of infrastructure to improve productivity to minimise wastages after the harvest," Berry said.

Executives said the laws were enacted for the benefit of farmers and not for industry to make more profits. "If we want our next generation to have sufficient nutritious and safe food at affordable price and want to become self-sufficient in food as a country then we need to encourage the next generation of farmers to continue in farming by paying remunerative prices for farm produce," said R S Sodhi, managing director of food and dairy products major Amul.

Soon after the three laws were enacted, India Inc's leaders had backed the provision of allowing procurement from farm gate. Firms were also evaluating scaling and expanding sourcing from farmer producer organisations.

Large groups like Mukesh Ambani-owned Reliance Retail, Adani Wilmar, Tata, and ITC were planning to source products directly from farmers and sell it through their retail stores, offline distribution chain and super apps to customers. Many multinationals, including Hindustan Unilever, Pepsi, McDonalds' India franchises were also planning to increase procurement from farmers.

The plan was to increase sourcing, and companies were looking to set up primary processing units and large-sized go-downs near production clusters, thus, reengineering the supply chain into a more efficient and integrated system.

But after the farm agitations began company officials said problems surfaced in procurement. "In October, we were planning to buy paddy but due to the agitation we had to stop everything and could not reap the benefits of the laws. Many companies were looking to procure agricultural commodities in bulk as the new laws ensured ease of procurement, but they couldn't go ahead with it due to the agitation," a senior official from a food products company said.

With the laws soon to be withdrawn, the companies will have to go back to the old way of sourcing products, including from government mandis (wholesale markets).

"The three farm laws have been an extremely progressive initiative of the government. However, for reasons whatsoever, the laws could not be implemented in its true spirit. As a result, the benefits of any of the law would not be percolated down, neither to the producer farmers nor to the users like the industry," Angshu Mallick, CEO of Adani Wilmar said.

He said, "I'm sure, as announced today, there would be a committee that will look into it, and I'm sure sooner or later such farm laws will come possibly in the same or modified version. Whenever it comes, one thing is sure that the Indian agriculture needs reform."

Mallick explained the reforms must be progressive and said farmers must get the option to sell their produce wherever they get a better price. "The industry must also get good supply chain of raw materials from wherever they want. It's not only from within a state but also from outside the state," he said.

"When companies put investments in capacity building, they don't look at only one district or one state they look at it from a pan-India level. People like us want to put a big wheat flour unit of 1000 tonne per day or 3000 tonnes per day, then we don't have to look only from that state, we can look from the neighbouring state also for raw material supplies," he further explained.

RIL, ITC and Nestle did not comment on the developments.

Pradeep Multani, president of PHD Chamber of Commerce and Industry, a business lobby group, said the decision to form a committee to address the issues would go a long way towards identifying the actual pain points. "This will help the government make adequate policy to enhance the income level of farmers, particularly marginal farmers, who account for 80 per cent of all farmers and hold less than 2 hectares of land," said Multani.

D R E Reddy, CEO and managing partner of CRCL LLP, a corporate kitchen firm, said while it is good that the prime minister has announced the repeal of the laws by empathising with the protesting farmers, the government has to look at drastic reforms in the farm sector.

"This can be done through inclusive participation of all stakeholders with the sole objective of ensuring the right kind of gains for the farmers, which should motivate more farming activity, besides eliminating middlemen that can benefit the common man in the form of lower prices of commodities," Reddy said. 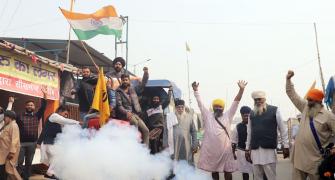 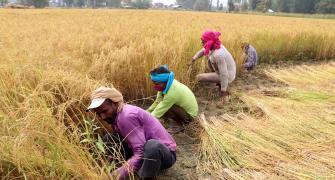 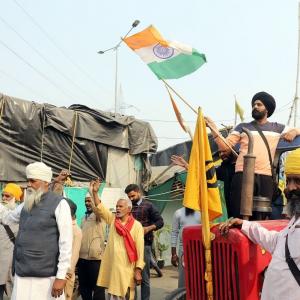 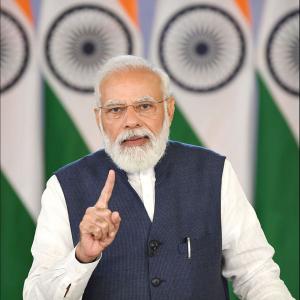 What Modi said in his farm laws repeal speech