John Brumby, Prime Minister of the state of Victoria in Australia, decided to cancel his scheduled trip to Mumbai after a detailed advisory issued first by the US and then by Israel, which said terrorists are planning attacks in India.

The US advisory was issued three weeks earlier, and the Israeli one last week. These have been reinforced by warnings from other western countries. However, say top hoteliers, Brumby and others abiding by such well-intentioned advice are an exception so far.

They say international travellers are paying no heed to such advisories and have ruled out any cancellation or even postponement of their travel plans, leisure or corporate, to India in the coming peak season. The momentum of bookings hasn't slackened.

Travel plans are usually made by tourists at least five to six months ahead of the actual date, with requests for hotel bookings flowing in during the same period, according to sector experts.

Vivek Nair, vice-chairman and managing director, Hotel Leelaventure, said: "The advisories are put out by governments as a precautionary measure. We have got a very good number of bookings for November, till March, for our popular destinations like Goa, Kovalam and Udaipur."

Israel's counter-terror unit issued a travel advisory to its citizens and to the Indian government, warning about a series of terrorist strikes across the country by Lashkar-e-Taiba (LeT), the same organisation responsible for the Mumbai attacks last year. The US had sounded a similar warning.

In addition, a word of caution to avoid India has also come from other developed countries, too, such as Britain, France, Canada, Australia, Germany and New Zealand.

"We continue to receive reporting of possible threats against prominent business and tourist locations, including in Mumbai and New Delhi.

Credible reporting also suggests that terrorists may be planning attacks in India directed at hotels frequented by foreigners, including perceived western-owned hotels," says the latest update from the Australian government to travellers planning trips to India.

New Zealand, UK, France and Canada have declared India a high risk area, with the official warning level raised to "exercise high degree of caution", with a high general threat from terrorist attacks.

The 'season' for hospitality players commences from October 1 and extends till March-end. This includes the 'peak season' period of December 20 to January 10.

The 'season' is also usually the period when India celebrates most of its festivals, the most popular among these being Diwali, attracting foreign tourists to the country.

"There were mass-scale cancellations of travel bookings by many in the wake of global recession and the Mumbai terror attacks. Many of these were to be rescheduled for this year's festive period. In addition, hoteliers have doled out enticing holiday packages, which will ultimately result in higher offtake", said an industry executive.

According to a report by Deloitte, international tourist arrivals into India have been strong over recent years, achieving a growth of about 13 per cent in 2005-2007, attracting just over five million arrivals.

However, August saw a decline of 8.6 per cent in foreign tourist arrivals, year on year, at 358,000 as against 391,000, after growth in June and July, as per data supplied by the Ministry of Tourism.

The dip was primarily due to restricted corporate travel and also due to postponement of leisure travel plans to the festive period, say travel agents.

The demand had been suppressed last year because of the downturn and the recent recovery has been due to internal demand. We do feel that there will be no impact on foreign inflow this year." 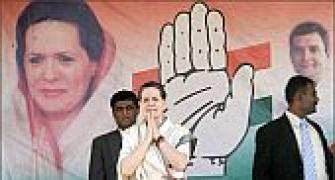 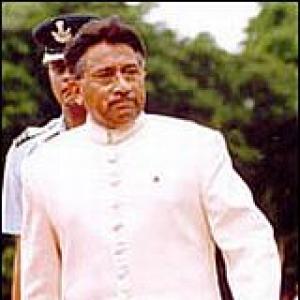 US funds used to strengthen against India: Mush