Prime Minister Narendra Modi on Saturday visited a Tata Motors-owned Jaguar Land Rover factory in the West Midlands region of England that is known as the flagship Indian investment in the UK. 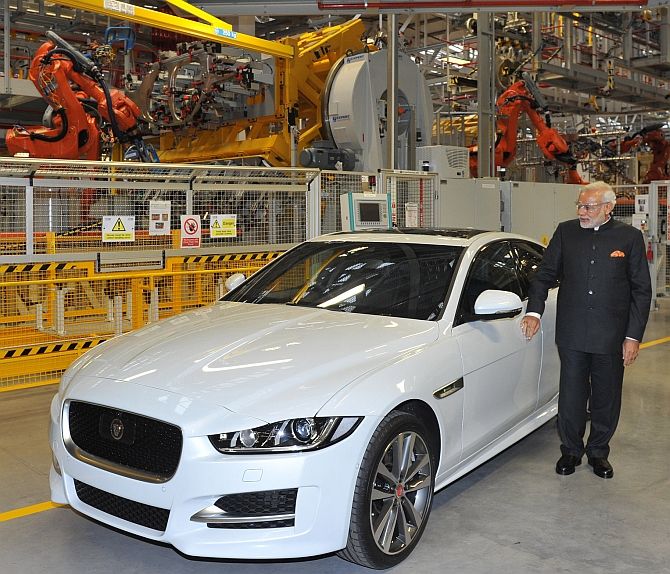 Modi, who has been driven around in a Jaguar for most of his three-day visit to the United Kingdom, was given a tour of the new state-of-the-art production facility for the new Jaguar XE sports saloon.

"At the Jaguar Land Rover plant. Economic synergy between India and UK can achieve a lot," Modi tweeted from the plant.

The visit to the JLR factory, described as a symbol of Indians as "job creators" rather than "job takers" marked the last stop on Modi's three-day tour during which he held delegation-level talks with his British counterpart David Cameron and was hosted for lunch by Queen Elizabeth II at Buckingham Palace.

The JLR factory is largest investment by an Indian company in the UK. 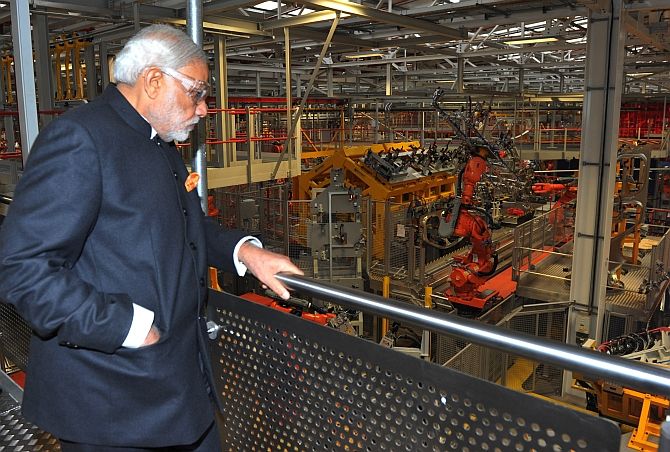 "It is my understanding that this is the largest private sector manufacturing employer in the UK. The JLR today produces 425,000 vehicles which are sold really across the world. Do note that when this was first acquired (by Tatas in 2008) it was a company which was running at a loss; it was turned around in five years; and its revenue of course have increased enormously," Foreign Secretary S Jaishankar had said ahead of the Prime Minister's UK visit.

"I think in many ways it is a symbol of a much more contemporary economic relationship between the two countries. Shall I say, a visit there drives home the message that we are job makers and not job takers?" he had said.

The facility has some very unique features including a very modern aluminum body building plant.

Modi's visit to the JLR plant came on third and final day of his UK visit.