News
Business
Movies
Sports
Cricket
Get Ahead
Money Tips
Shopping
Sign in  |  Create a Rediffmail account
Rediff.com  » Business » 'Markets likely to be volatile, but better in 2016'

'Markets likely to be volatile, but better in 2016'

India’s equity fund managers say domestic stock markets are not out of the woods yet and the coming year will continue to be challenging.

Shares are down 15 per cent against their all-time high and annual return has slipped about 10 per cent.

Large-cap stocks continue to remain under pressure, while cracks are already developing in the mid- and small-cap space, the segment which gave a phenomenal return of about 65 per cent in the past two years.

“Markets are likely to be volatile. However, we are positive that in 2016, a more meaningful shift will take place in financial assets.

In 2015, foreign investors slowed net buying of Indian equities and were net sellers for almost half of the year.

“FIIs flows have been negative across emerging markets and India is no exception.

However, India growth traits are much superior.

We would expect returns in 2016 to be much better as markets tend to move in sync with earnings growth, particularly when valuations are reasonable,” said Neelesh Surana, head of equity at Mirae Asset Mutual Fund.

Surana said slow pace of global growth, low commodity prices and the government’s inability to balance the fiscal deficit will be three key challenges to the markets. “

While the developed economies are moving out of repair, growth across many emerging markets could moderate, given high dollar debt.

Government expenditure bill will increase, with the proposed revision in wages and likelihood of other measures to support rural income,” he said.

Interestingly, the flows remained robust despite continuous weak sentiments in the stocks.

So far, retail investors have not reacted to the poor yearly return.

However, the bigger challenge for the domestic institutions would be if investors start withdrawing in case the market develops further cracks.

Having said this, we enter the next year on a much cleaner slate with better base in terms of operating leverage, positioning in relative peers and restrained earnings expectation.

Fed rate hike is almost cooked in the price and market volatility would subside once the event is behind us.

Two other things to watch would be how China manages to adjust to lower growth rates and the maturity of the key constituents in handling geo-political tensions.” How some traders in India make great returns 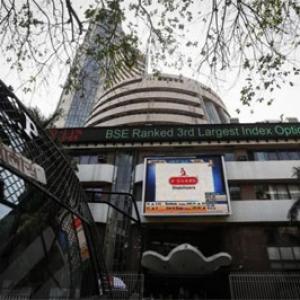