And you thought prices are rising

Inflation fell to 3.84 per cent in the week ended July 30 from 4.07 per cent a week ago, due to cheaper food items and manufactured products although fuel prices went up.

The point-to-point Wholesale Price Index-based inflation fell to 3.84 per cent from 8.02 per cent a year ago, indicating the base year effect.

WPI remained unchanged at previous week's level of 194.5 points. The index was 187.3 points a year ago. The final inflation stood corrected at 4.39 per cent in the week ended June 4 as compared to the provisional estimate of 4.22 per cent, while WPI was revised up to 192.8 points as against provisional level of 192.5 points.

During the last week of July, world oil prices surged to 61 dollars a barrel on reports of explosion at a BP refinery in Texas (US) and at India's ONGC oil platform, igniting concerns on energy supplies.

The government had raised petroleum and diesel prices by Rs 2.50 and Rs 2 per litre in June after a long gap. However, continued spurt in international crude oil prices increased under-recoveries and losses of PSU oil companies like Bharat Petroleum, Hindustan Petroleum and IBP.

These companies now fear that they will turn financially sick by next year as losses arising from freeze on fuel prices are set to erode their net worth.

Petroleum Minister Mani Shankar Aiyar recently stated that Cabinet was likely to decide on whether or not to raise fuel prices again.

Concerned that rising crude prices will affect forex reserves on the one hand and influence domestic prices on the other, RBI Governor Y V Reddy said on Wednesday that the central bank was keeping a close watch on the situation.

Primary Articles' group index stood firm at the previous week's level of 192.5 points as prices fell for food articles while non-food items became costlier. The index was 191.4 points a year ago.

But prices rose for poultry chicken (3 per cent),

bajra (2 per cent) and masur, fish-inland and mutton (1 per cent each).

The index for Non-Food Articles' group was up by 0.5 per cent to 182.9 points owing to costlier raw rubber (8 per cent), raw silk, soyabean, groundnut seed and raw jute (2 per cent each) and copra (1 per cent). But there was a one per cent dip in prices of gingelly seed, rape and mustard seed, castor seed and skin.

Fuel, Power, Light and Lubricants group index rose by 0.1 per cent to 304.4 points due to two per cent spurt in furnace oil prices. The index was 274.7 points in the year ago period.

Manufactured Products' group index declined by 0.1 per cent to 170.6 points due to cheaper food products, rubber, chemicals and basic metals. The index was 166.4 a year ago.

Food Products' group index declined by 0.3 per cent to 177 points due to lower prices of coconut oil (3 per cent), oil cakes and bran (2 per cent each) and imported edible oil, rice bran oil and sugar (1 per cent each).

But prices rose in the cases of maida (4 per cent), sooji (3 per cent), atta (2 per cent) and rape and mustard oil, sunflower oil, khandsari, groundnut oil and gur (1 per cent each).

Paper and Paper Products' group index was up by 0.1 per cent to 177.6 points owing to higher prices of printing paper white (2 per cent), and newsprint (1 per cent), but kraft paper and m.g. poster paper became cheaper by 2 per cent.

Two per cent fall in cycle tyre prices pushed down the Rubber and Plastic Products' group index by 0.1 per cent to 136.9 points.

A whopping 19 per cent fall in epoxy resins prices pushed down the Chemicals and Chemical Products' group index by 0.1 per cent to 186.1 points.

However, prices went up for synthetic resins (2 per cent) and liquid chlorine (1 per cent).

The index for Basic Metals Alloys and Metal Products' group was down by 0.1 per cent to 220.5 points owing to lower prices of other iron steel (4 per cent), steel sheets, plates and strips (3 per cent each) and ms bars and rounds (1 per cent each).

Machinery and Machine Tools' group index rose by 0.1 per cent to 146.4 points as prices rose for semi conductors (6 per cent) and boilers, its parts and accessories (1 per cent). 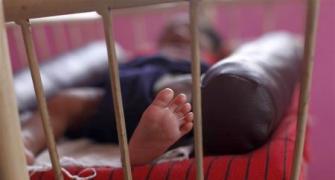