The genesis of the arbitration lies in a bitter public battle that began in July when Rakesh Gangwal wrote to capital market regulator Sebi alleging lack of corporate governance in the company.

He alleged that Rahul Bhatia, who holds controlling power of the company, had used it to execute questionable related-party transactions. IndiGo promoter Rahul Bhatia has sought the intervention of district court of Florida in its proceedings at the London Court of International Arbitration (LCIA) against co-promoter Rakesh Gangwal.

Bhatia had moved LCIA seeking monetary damages saying that Gangwal had breached terms of shareholders agreement and Article of Association of the company.

In a similar litigation, Bhatia has sought intervention of the Maryland district court to direct independent director Anupam Khanna's testimony in the arbitration proceedings.

Gangwal and Khanna are residents of Florida and Maryland, respectively.

In the two petitions, Bhatia has sought that the courts issue subpoena to Gangwal and Khanna to provide testimony and documents that will be required in the arbitration proceedings.

A subpoena is a writ issued by a government agency, most often a US court, to compel testimony by a witness or production of evidence.

Normally, in international arbitration proceedings, subpoena is filed when one party feels that it can face difficulties to compel the other party to attend hearings, or if crucial documents are in the hands of the other party.

A US court on September 19 ruled that that US district courts may order individuals and entities within the country to produce discovery requested for use in private arbitrations abroad.

The genesis of the arbitration lies in a bitter public battle that began in July when Gangwal wrote to capital market regulator alleging lack of corporate governance in the company.

He alleged that Bhatia, who holds controlling power of the company, had used it to execute questionable related-party transactions between his group company InterGlobe Enterprises (IGE) and IndiGo.

In the arbitration proceedings, Bhatia has claimed that Gangwal's public allegations were nothing but an attempt to remove Bhatia's controlling powers.

The attempts impacted the company's stock value and led to destruction of shareholders wealth.

Bhatia said that was a breach of the shareholders agreement (SHA), which was agreed between him and Gangwal in 2015.

"Gangwal, on behalf of himself and the RG Group has ‘fundamentally breached the Second SHA through a destructive and very public campaign to cause harm to the company and the members of the IGE Group [through] actions [that] have been entirely self-serving, had no legitimate purpose and were animated by a desire to dilute the controlling rights of the IGE Group in IndiGo," the petition filed in Florida court and reviewed by Business Standard said.

Bhatia submitted that Gangwal first made the dispute public.

IndiGo’s stock has declined by 10.73 per cent or approximately $ 1.2 billion.

Similarly, in the petition filed against independent director Anupam Khanna at Maryland court, Bhatia submitted that Khanna has acted in concert with Gangwal in his public allegations.

Khanna, in a letter, had questioned IndiGo chairman M Damodaran's independence and had said that there was trust deficit in IndiGo board.

"Dr. Khanna has engaged in significant contact with Mr. Gangwal, and the two have ‘acted in concert’ and that Dr. Khanna seems to work to ‘pursue Mr. Gangwal’s agenda, with regard to aspects of the company’s activities’," the petition says.

"Based on Mr. Gangwal’s and Dr. Khanna’s close relationship, the petitioners believe that Dr. Khanna is likely to be in possession, custody or control of documents and communications concerning the actions taken by Mr. Gangwal to the detriment of the company," it adds. 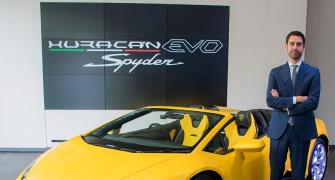 Your summer holiday is safe, assure travel cos