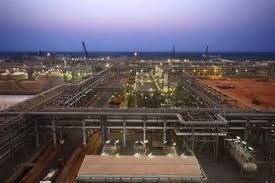 The agreement as well as a task force to implement it were announced after a meeting between Modi and Sri Lankan President Maithripala Sirisena in Colombo.

"A Joint Task Force will be constituted soon to work out the modalities. India stands ready to help Trincomalee become a regional petroleum hub," Modi said.

Lanka IOC, IndianOil's subsidiary in Sri Lanka, is the only private oil company other than the state-owned Ceylon Petroleum Corporation that operates retail petrol and diesel stations in the island nation.

Lanka IOC operates about 150 petrol and diesel stations in Sri Lanka and its major facilities here include an oil terminal at Trincomalee, Sri Lanka's largest petroleum storage facility and an 18,000 tonnes per annum capacity lubricants blending plant and state-of-the-art fuels and lubricants testing laboratory at Trincomalee.

Presently, it holds a market share of about 43.5 per cent.

Modi, who reached Colombo on Friday morning in the last leg of his three-nation tour, further said he was looking forward to  ‘early commencement of work on the ground in the Sampur Coal Power Project’.

Modi also announced a fresh Line of Credit of up to $318 million for the railways sector, which can be used to procure rolling stock, and to restore and upgrade existing railway track.

Modi said that the ocean economy held ‘enormous promise’ for both the countries.

"Our decision to set up a Joint Task Force on Ocean Economy is a significant step, especially because of our proximity," he added.

Modi said that economic ties are ‘a key pillar of relationship between the two countries and their bilateral trade has grown impressively over the past decade’.

"Our trade has seen impressive growth over the past decade.

“I am aware of your concerns about trade with India.

“As I said in Delhi, we will try and address them.

"The agreement today on cooperation between our customs authorities is a step in that direction. It will simplify trade and reduce non-tariff barriers on both sides.

"We are not just looking at addressing problems. We are also focusing on new opportunities.