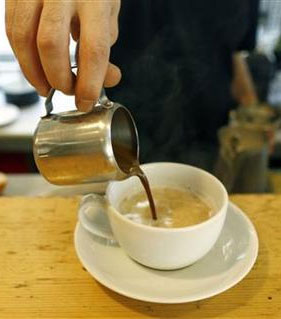 At 235,000 tonnes per annum, Pakistan is the third largest importer of tea in the world as it can’t grow tea because of adverse climate conditions. India supplies just about a tenth of tea imported the neighbouring country Despite rising political tension, sections of businesses continue being bullish on India-Pakistan trade relations. An example of this was seen in Ooty on Friday, far from the line of control where counter-infiltration operations were in full swing, where representatives of Pakistan Tea Association (PTA) said tea export from India could double if the supply of quality tea improves.

The 11-member delegation was led by Mohammad Shakeel Jan, chairman, PTA, to the Indian International Convention 2016, organised by The United Planters’ Association of Southern India (UPASI) and Tea Board of India. Jan said tea businesses were not concerned with political issues but with trade, which can strengthen the relationship between the two countries.

At 235,000 tonnes per annum, Pakistan is the third largest importer of tea in the world as it can’t grow tea because of adverse climate conditions. India supplies just about a tenth of tea imported the neighbouring country.

In the early 80s, India was the biggest source of tea for Pakistan. However, India had put a ban on exports to meet the domestic demand. Tea exports started again in 2000 but the volumes did not pick up because of factors like lack of quality supply, said Mohammad Afzal, managing director, Usmania Traders in Karachi.

“A lot of exporters from India cancelled the letters of credit (LCs) and this resulted in a huge loss for Pakistani companies. They started looking at Kenya as an alternative,” said a PTA representative.

Today, at 72.94 million-kg, Pakistan is the largest importer of Kenyan tea. He said, while Kenyan sellers are giving 30-40 days credit facilities, without bank guarantees, Indian exporters don’t give this facility to Pakistani importers.

Abdul Majeed Paracha of Orient Traders from Karachi said quality was the biggest concern. For example, Indian tea has around 15 variants at the production stage, whereas it is uniform in Kenya. “Our people have got used to the Kenyan taste, which is stable,” said Paracha, adding that cost was also an issue.