An alumnus of IIM-A from the 1983 batch, Nanda was a Robert Braucher Professor of Practice at Harvard Law School and later a Harvard Business School faculty member, before he took charge on September 2, 2013. 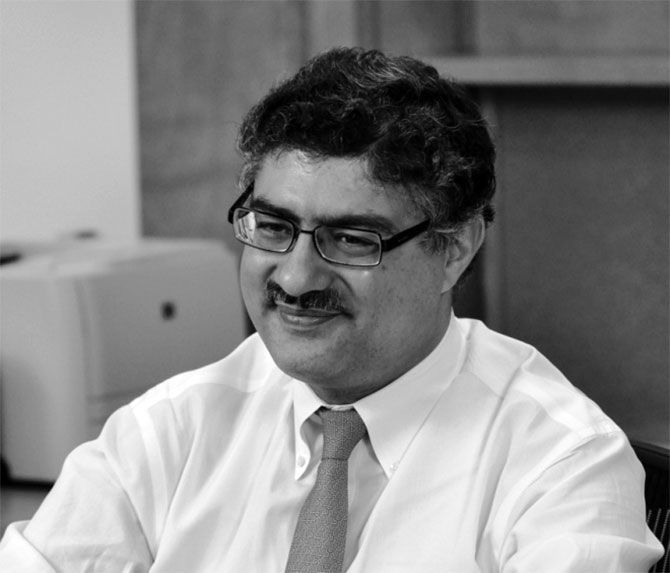 The Indian Institute of Management, Ahmedabad (IIM-A)'s first international faculty director Ashish Nanda has stepped down from the post with effect from September 1, 2017, exactly a year before his term ends.

Nanda cited personal reasons, including long distance between him and his immediate family, in his resignation letter to IIM-A Board of Governors (BoG) chairman and Aditya Birla Group chairman Kumar Mangalam Birla.

An alumnus of IIM-A from the 1983 batch, Nanda was a Robert Braucher Professor of Practice at Harvard Law School and later a Harvard Business School faculty member, before he took charge on September 2, 2013.

"Professionally, I have enjoyed the experience immensely and I have learned a lot. However, personally, living a long distance from my wife and son has been a challenge. When I joined, I had committed to serving at most one term.

On September 1, it will be four years, to the day, since I took charge. It is a good time to step aside and to hand over the responsibility and honor of leading the Institute to the next, fortunate person. I will hand over responsibilities of director at the end of that day," Nanda stated in a letter addressed to the IIM-A community.

Accepting Nanda's resignation "albeit with regret", Birla stated, "I have received your resignation dated 26/4/2017. We have had a conversation about this for the past couple of weeks, and I fully understand your need to be with family and the inconvenience that the separation is causing you."

Nanda maintained that he was fortunate to have worked for the past three and half years for IIM-A and to have led the institute at a crucial time in its trajectory.

According to Nanda, IIM-A was at a point when there was an alignment among various constituencies of the institute as to the direction it ought to follow as well as had gained considerable momentum.

"We have a committed and enthusiastic chairman providing vision and guidance, a wise and engaged board, faculty that is productive and energized, staff that is loyal and devoted, brilliant and hardworking students, a diaspora of alumni committed to the Institute's long term success, governmental support for operating autonomously to achieve our dreams, and industry that respects and values the Institute.

This is as good a time as any for leadership transition at the Institute. Thus, I have requested IIM-A Chairman Mr. Birla that I step aside from the position of director, and he has graciously acceded to my request," he further stated.

Under Nanda's directorship, IIM-A has taken several steps of growth, in terms of revised curriculum for programs, increased student diversity, enhanced research and case studies as well as campus building restoration and expansion.

Nanda's decision to step down comes at a time when the IIM Bill 2017 has been tabled in the Parliament, which when passed would allow IIMs powers to grant degrees and increased autonomy as committed by the government.

An electrical engineer from IIT Delhi, went on to pursue his a masters and PhD in economics from Harvard after acquiring a post graduate diploma in management from IIM-A. Before joining Harvard Law School in 2007, Nanda was a Harvard Business School faculty member for 13 years.

Nanda had joined when L&T chairman A M Naik was the then IIM-A BoG chairman and head of a search committee. After Naik had stepped down, Cadila Healthcare CMD and IIM-A board member Pankaj Patel was the interim chairman prior to Birla's appointment.

But I couldn't have had this extraordinary adventure without the love of my wife, who, despite the distance we have lived apart, has been a partner with me in this journey every step of the way, the blessings of my parents, and the affection of my son," Nanda.

Meanwhile, Birla further stated, "In the few months that we have worked together, I have seen your unwavering commitment to IIMA and the passion and zeal with which you have worked for its holistic progress. You have done a wonderful job in the past three and a half years that you have been heading the Institute, and I am sure that you will remain engaged with the Institute in the future as well."