The Reserve Bank may keep status quo on key policy rates on Tuesday, although it may not be fully done with the tightening as core inflation continues to be sticky, foreign brokerages HSBC and RBS said on Friday.

"In its forward guidance at the January meeting it had signalled a pause, and we think it will stick to it as inflation has eased," the HSBC said in a note.

RBI Governor Raghuram Rajan will announce the monetary policy on April 1 and expectations of a status quo are rising ever since the official data on consumer price inflation for February pointed to a cool down to 8.1 per cent.

The number is much closer to the RBI target of getting it to 8 per cent by January 2015, but worries like unseasonal rains and core inflation can make the situation tricky.

Quoting client survey, another British brokerage RBS said meanwhile that a majority of its respondents are expecting no change in the key policy rates.

Rajan, who took charge last September, has built a reputation to surprise the markets.

He raised the rates at his first policy announcement, foreseeing pressure on the inflation front and increased it again -- the third time since he took charge -- in January when the market was expecting a pause.

HSBC said that even though there might be a pause on Tuesday, the tightening is not over yet, especially given the fact that RBI has made its intention clear to get the Consumer Price Index, or retail inflation number to 6 per cent in the next two years.

In February, the Wholesale Price Index based inflation eased to 4.68 per cent but core inflation still remains sticky at over 3 per cent.

"This may not be the end of the tightening cycle; core inflation remains sticky, which may call for more hikes. . . The RBI is still expected to sound a hawkish tone and highlight the lingering upside risks to inflation," HSBC said.

Image: In February, the Wholesale Price Index based inflation eased to 4.68 per cent but core inflation still remains sticky at over 3 per cent; Photograph: Reuters 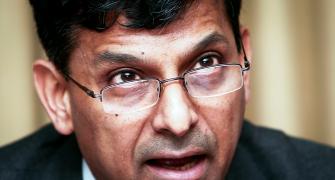 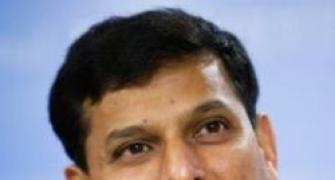 We have to be very careful while raising rates: Rajan