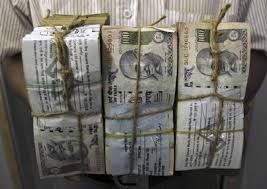 The rupee marginally weakened on Thursday ahead of key indicators including economic growth data due on Friday, retreating against the dollar for a third consecutive month due to a flare-up of global geopolitical risk events.

Although foreign investors have remained buyers of Indian shares and bonds through the year, some concerns are emerging about whether the trend can continue, especially since they have now almost reached their purchasing limit in debt markets.

Still analysts said sentiment remains broadly supportive of the rupee, on a day that marks the one-year anniversary since the currency hit a record low of 68.85.

The rupee has gained nearly 14 percent since then on the back of a sharply narrower current account deficit, the Reserve Bank of India's (RBI) renewed fight against inflation, and the election of Prime Minister Narendra Modi with a vow to revive economic growth.

Long positions in the rupee are at a near three-month high, a Reuters poll showed earlier in the day.

"There is GDP data and the current account deficit data due but broadly expect the rupee to trade in a 60.10 to 60.80 range next week," he added.

For the week, the rupee weakened only marginally, last Friday's close was 60.4650/4750, snapping a three-week rising trend.

The rupee edged higher by 0.08 percent in August, snapping a two-month falling trend.

Traders are now awaiting the gross domestic product data due to be released on Friday for further near-term direction. Current account deficit and balance of payment figures are also due sometime within the next week.

Markets will also focus closely on any global risk factors, especially the European Central Bank's policy meeting on Sept. 4 that could result in additional monetary easing.

Accommodative policies from global central banks have led to a surge of inflows into emerging markets, with foreign investors buying a net $16.8 billion in debt and $12.95 billion in equities so far in 2014.

In the offshore non-deliverable forwards PNDF, the one-month contract was at 60.92/97 while the three-month was at 61.45/55.
Swati Bhat in Mumbai
Source: 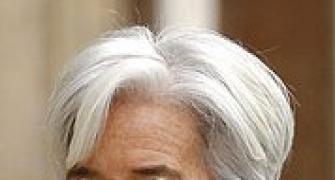 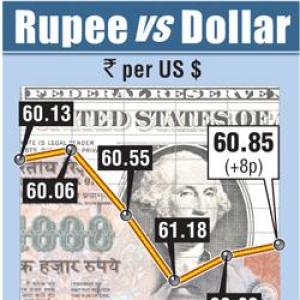 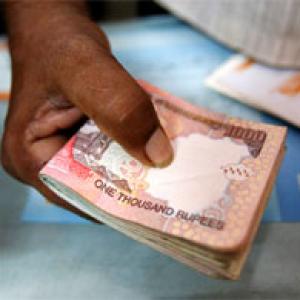