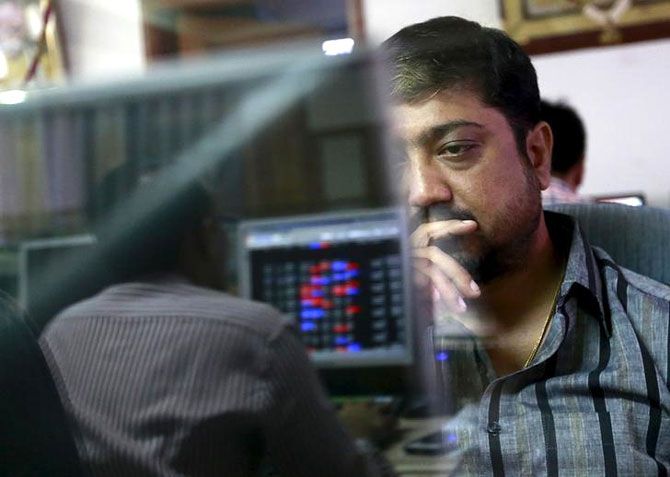 Markets ended lower on caution ahead of US jobs data, due for release later today, could raise the prospects of a rate hike by the US Federal Reserve.

The S&P BSE Sensex ended down 45 points at 28,061 and the Nifty50 closed 12 points lower at 8,698. In the broader markets, the BSE Midcap and Smallcap indices ended flat. Market breadth ended neutral with 1386 gainers and 1388 losers on the BSE.

"Lack of confidence due to global ambiguity has refrained investors to go long. The US payroll & unemployment data will increase the chance for a hike in FED rate by Dec-2016. In the domestic market, Investors are shifting their focus to quarter earnings which start next week and the GST Council to finalize the neutral rate. The expectation for Q2 PAT is at 5% to 7% which is better than it actually was in Q1," says Vinod Nair, Head of Research, Geojit BNP Paribas Financial Services.

Foreign institutional investors were net buyers in equities worth Rs 354 crore on Thursday, as per provisional stock exchange data.

IT exporters TCS, Wipro and Infosys ended down over 0.5% each ahead of September US jobs data.

Other losers include, HDFC, Asian Paints, ICICI Bank and L&T among others.

However, Tata Motors led the pack with 2.5% gain after the company said Jaguar Land Rover (JLR) achieved a strong 28% year on year growth in global sales during the month of September.

Among others, SAIL gained over 4%. Reports suggest that the state-owned steel major plans to invest Rs 255 crore for modernisation and capacity expansion of its flagship Bolani iron ore mines in Odisha.

Shares of paper companies ended higher by up to 20% in an otherwise weak market on expectations of strong earnings growth in July-September 2016 quarter (Q2FY17). Kuantum Papers,  Seshasayee Paper and Boards, Malu Paper Mills and Emami Paper Mills ended locked in upper limit on the BSE.

NR Agarwal Industries surged 9% after the company said that it has exited from corporate debt restructuring (CDR).