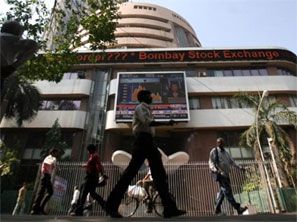 Markets ended 1% lower on Thursday following the expiry of June F&O series dragged down by oil shares after the government deferred its decision on gas price hike by three months till December 31, 2014.

Though the broader markets traded in the negative zone but outperformed the benchmark indices as the BSE Small-cap and Mid-cap indices ended 0.3% lower.

The breadth at the BSE ended weak as 1,540 scrips declined while 1,488 counters advanced.

"Nifty gained nearly 3.5% in the June series. Most of the gains were seen in the early part of the month. The second half witnessed range bound movement. As we enter the July series, volatility is expected to remain high on account of the union budget," said Sahaj Agrawal, deputy vice president for derivatives research, Kotak Securities.

"We remain positive on the broader market with immediate support seen at 7400-7450. On the higher side 7700-7800 is expected in the early part of the July series. We remain positive on Metals, IT, FMCG and select high beta stocks. Breach of 7400 can invite significant selling pressure," he adds.

Meanwhile, Foreign portfolio investors (FPIs) bought shares worth a net Rs 694.63 crore on Wednesday, 25 June 2014, as per provisional data from the stock exchanges.

Stock markets in Europe and Asia looked past gains by Iraqi militants and poor first-quarter growth in the United States on Thursday, with some investors raising their forecasts for a U.S. economic bounce in coming months.

A Sunni insurgency in Iraq has driven oil prices as high as $115 a barrel, threatening to raise costs for businesses around the world. Prices eased on Thursday but remain close to levels not seen since the start of 2013.

The surge in oil prices is the latest setback for a global economy still trying to get back on its feet. In that light, Wednesday's final estimate of U.S. gross domestic product in the first quarter was only the latest argument that the Federal Reserve will keep interest rates at record lows into next year.

The rupee moved in a narrow band, tracking equities amid month-end

Traders expect the rupee to move in the narrow 60.00-60.50 range to the dollar until clarity emerges on Iraq turmoil.

BSE Oil & Gas index slipped nearly 4% as shares of oil and gas companies are under pressure after the government defers its decision on gas price hike.

Among other sectoral indices, BSE Realty slumped nearly 3% followed by counters like  Banks, Metals and Power, all down by 1-3%.

On the gaining side, BSE Capital Goods and Consumer Durables indices gained by nearly 1% after the Government extended an excise duty concession by six months till December 31, 2014. The relief, as announced in the Interim Budget, was originally scheduled to end on June 30.

Reliance Industries and ONGC were down 4-6% each contributing the most to the Sensex losses.

Among other losers were NTPC, Coal India, and HDFC, all dipped by 1-4%

On the gaining side, Wipro, L&T and Dr Reddy’s Lab surged more than 1% while Bharati Airtel and Axis Bank gained nearly  1%.

Among OMCs, HPCL, BPCL and Indian Oil tumbled between 3-7%

L&T, Bharat Electronics, Crompton Greaves, BHEL and Siemens closed higher by up to 4%.

ITC marginally positive after Morgan Stanley upgraded the stock to "overweight" from "equal-weight" and increased the price target to Rs 400 rupees from Rs 360.

Dewan Housing Finance Corporation gained over 7% after housing finance company said that the rating agency  have upgraded the credit rating of the company.

Kesoram Industries ended higher over 8%  after the company said it is exploring options for reorganising and realigning its existing businesses. The B K Birla Group Company is engaged in manufacturing of tyres, tubes, flaps, cement, viscose filament, rayon yarn, etc.

Man Infraconstruction surged nearly 4% after the company said its board has approved stock split in the ratio of 5:1.

Aban Offshore closed nearly 5% up after Macquarie upgraded the stock from "underperform" to "outperform" and raised its target to Rs 1,090 from Rs 430.
Vanita D'souza in Mumbai
Source: 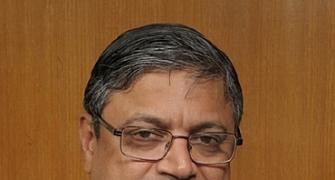 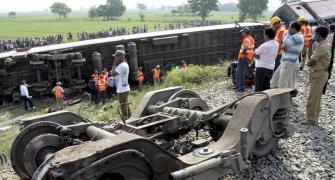 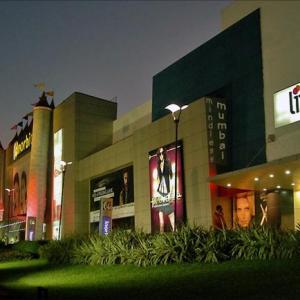 Why Jhunjhunwala is betting high on retail 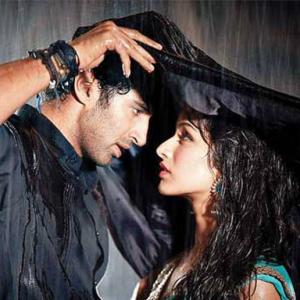