ITC has introduced differentiated cigarettes like Gold Flake Indie Mint, Gold Flake Neo and Classic Rich & Smooth in the premium end. Godfrey, too, introduced flavoured variants like Four Square Clove Crush in the mid-tier segment and has seven variants of the Marlboro brand for India. 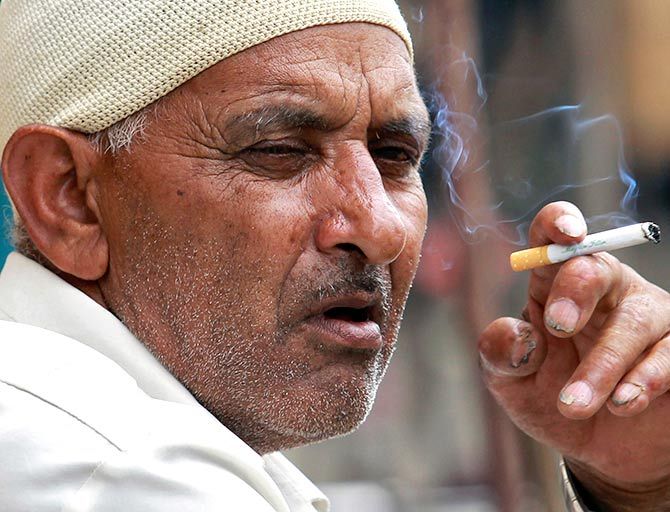 Coming up with new flavours was not exactly how cigarette firms thought they would be expanding their market share, but that is exactly what ITC and Godfrey Phillips India are doing.

The firms, hit by the increase in the National Calamity Contingent Duty in this year’s Union Budget, had to raise prices of their offerings.

ITC increased cigarette prices between 10 per cent and 20 per cent - the steepest hike by the firm in the past three years.

Analysts say the hikes would result in a volume decline of 3-4 per cent for the company.

“It (price hikes) will affect the industry and give a fillip to illicit trade, but we are trying our best to see consumption is not affected,” Bhisham Wadhera, CEO, Godfrey Phillips, told Business Standard.

An ITC spokesperson, too, said the company was relying on innovative products across different price points to maintain its market dominance.

In the recent past, ITC has introduced differentiated cigarettes like Gold Flake Indie Mint, Gold Flake Neo and Classic Rich & Smooth in the premium end.

Godfrey, too, introduced flavoured variants like Four Square Clove Crush in the mid-tier segment and has seven variants of the Marlboro brand for India.

Distributors said while earlier these companies were more focussed on regular and light variants, the same has now shifted to furthering innovation after it was noticed that differentiated brands were doing well.

Imported brands - such as Gudang Garam from Indonesia, which offers clove flavoured cigarettes, and black toned Baba Khalif - have been becoming popular.

Trade sources say that while habitual smokers have been loyal to their brands, which are mostly not flavoured, new smokers are more prone to using flavoured cigarettes - a new section of buyers the companies are eager to acquire.

Driven by new launches, Godfrey, in the recent past, has gained 13.1 per cent in terms of volume growth.

Although, the market share gain was only 1 per cent. “The gain (in sales volume and market share) is more by our new launches that have gained from rivals,” Wadhera said.

“High rates of tax on cigarettes provide attractive arbitrage opportunities for illicit trade, allowing sale of these cigarettes to consumers at prices much lower than those of duty-paid domestic cigarettes.

"The sharp increase in taxes on cigarettes announced in the Budget 2020 will exacerbate the situation,” the ITC spokesperson said. Mauritius investors will be able to register as FPIs