Gits now has super food mixes like brown rice and flax seeds idli mix, oats idli mix and such other products.
It has also launched an organic and vegan version of ready meals abroad.
It also has an e-store, besides selling through Flipkart, Amazon and Big Basket.

New recipes, healthy alternatives and national pride - it is a broad sweep of narratives that the 55-year-old home-grown convenience foods brand is experimenting with, as it plots its way through a rapidly changing marketplace.

A shift in customer perceptions and needs and the aggressive expansion of food-delivery apps are forcing Gits, the home-grown convenience foods brand to rethink its value proposition.

The brand has a long history in the country. 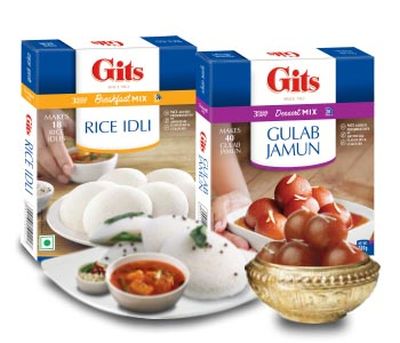 It came into being in 1963 when Gits Food Products, a privately held company launched instant and ready to cook food mixes under its name.

The company is currently managed by the third generation of the founding Gilani and Tejani families and the brand is being reinvented with new products being launched, new packaging formats and all of this backed with intensive ad campaigns.

Change is being driven by changing customer profiles.

More health conscious and while they look for convenience, buyers are also particular about fresh fare, say market experts.

This is the market Gits seeks to address.

“Gits has always been an all-natural, no preservative brand. However, educating customers and breaking the myths (about packaged food) is a big challenge,” says Sahil Gilani, director (sales & marketing), Gits Food Products.

The company has recently launched a set of digital films that speak to millennial needs about taste and convenience.

All of this is packaged within a narrative that also seeks to maximise the sentiment around two big festivals/events Raksha Bandhan and Independence Day (August 15).

The company says the campaign is meant to celebrate both patriotism and brotherhood and that it is an ode to all soldiers.

Harish Bijoor, brand consultant and founder Harish Bijoor Consults does not see the brand’s promise being effectively conveyed through such ads however.

“Gits is a very old brand and that heritage of the brand still sticks to it.

"Gits needs to jump out of that old heritage. In terms of its current advertising, I do not see that happening.”

The market that Gits serves has plenty to offer.

“I think it is important to understand that the young generation that we are talking about, is not only about convenience, but also about ratification of good health due to that convenience.

"Associating good health and healthy practice with Gits may be a good way to go forward,” says Bijoor.

Gits claims it accounts for 25 per cent share of the market that has a number of hyperlocal and local brands.

Among the big brands competing for the same pie are MTR Foods, Kohinoor, ITC, Nestle, McCain Foods (India), Prabhat and others.

Gilani says that the brand’s focus in the early years was on the export market because some products were seen to be ahead of their time.

But now domestic sales contribute to 60 per cent of the company’s revenue and its share is expected to grow, largely driven by new launches.

According to Gilani, the lines between the RTC and RTE categories are getting blurred in the country today.

This is all part of an evolutionary process in tastes he adds, explaining that the challenge for brands such as Gits lies in finding the sweet spot between RTC and RTE, a spot that attracts the young.

While they are doing that, the company is also emphasising the healthy nature of its products.

It has also launched an organic and vegan version of ready meals abroad.

The company is also looking at ways to drive the brand deeper into the food business, by working with QSR (quick service restaurants) and hotels.

Distribution has also been ramped up and the company says it currently has more than 1,000 distributors across the country.

It also has an e-store, besides selling through Flipkart, Amazon and Big Basket.

Gits is also active on social media and has just launched three digital films, catering to the younger audiences on these platforms.

Gilani had said, at the time of the launch, that the films are based on real-life situations.

And the objective is to use realistic narratives to break the myths around its portfolio of packaged foods, by giving viewers an insight into preserving without preservatives. 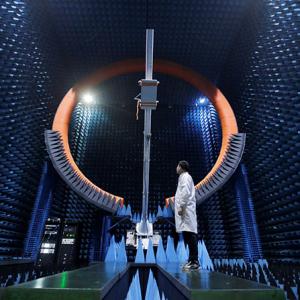 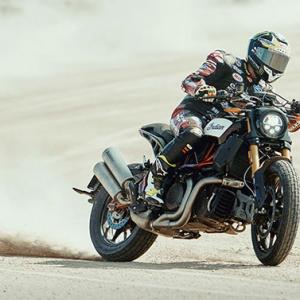 Now you can rent the superbike of your dreams