His blind faith in astrology took him down a tragic path that has now come to define his life.
T E Narasimhan reports. The life of P Rajagopal, the founder of Saravana Bhavan who passed away on Thursday, July 18, could be a parable on human fallibility.

Of how far people can fall when they give in to their unreasonable instincts.

The standard bearer of south Indian food in India and abroad, Rajagopal had a flourishing business that grew in fame and fortune by word of mouth.

His quintessential rags to riches story and generosity of spirit endeared him to his staff and the restaurant's patrons even more.

His staff, most of them employees for life, recall a man who cared for them deeply, and protected their families.

"We could meet him, discuss our grievances and it was always taken care of," said an employee who did not want to be named.

Born 10 days after Independence in 1947 in Punnaiyadi, a sleepy village 630 kilometres south of Chennai, his family believed his birth was fortuitous.

People in the village endearingly called him the one who brought independence to the nation.

His profile grew in stature as his business flourished.

Yet the legacy Rajagopal leaves behind is a complicated one.

He died, aged 72, a week into a life sentence he was serving for ordering the murder of one of his employees whose wife he had wanted to marry upon the advice of an astrologer, who had told him that he would prosper if he married her.

Last week, he surrendered before a magistrate court after losing an appeal in the Supreme Court against his conviction by the Madras high court.

On the date of surrendering, he was brought to the court in an ambulance; carried out on a stretcher with oxygen mask strapped to his face.

His plea in the Madras high court to allow him more time to surrender for medical reasons was turned down.

According to the affidavit filed by his son, he was suffering from diabetes, kidney failure, heart disease, issues with his vision, early Parkinson's, among other diseases.

Following his appearance at the court, he was taken to the prison ward of a government hospital and was later admitted to a private hospital where he breathed his last on Thursday.

His employees are still grappling with the quick turn of events.

On Thursday, many outlets carried a notice at the entrance saying: 'The emperor of the hotel empire, our 'Annachi' (elder brother) has reached the feet of god this morning. According to his wish, business will be conducted (today)'.

The eateries remained open through the day, shutting down only a few hours before the usual time as a mark of respect for their boss.

On any regular day, employees visited Rajagopal every morning to get his blessings before going to work.

Sometimes, Rajagopal would inquire about the business -- how the standards were being maintained and whether there were any issues he needed to address.

This loyalty was less servility and more gratitude.

Rajagopal offered them a generous employment policy: Educational support for two children per employee, free housing, farming of their land left behind in the villages, support for their elderly parents and more.

The employee's contribution to the Employee's State Insurance Scheme, for instance, was borne by the company.

In 1993, a new scheme was launched for employees' parents: A payout on the fifth of every month to take care of their everyday needs. 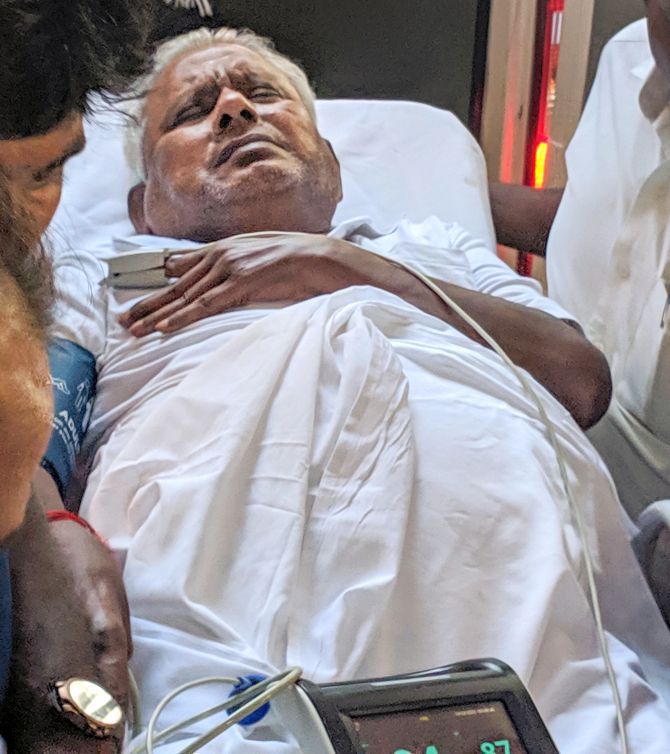 IMAGE: P Rajagopal, the founder of the South Indian food chain Saravana Bhavan, arrives to surrender before a sessions court to serve a life term in Chennai. Photograph: PTI Photo

Stories about his unfettered generosity abound.

Many recall how when youngsters in his hotels ate sweets without paying, he would laugh it off, instead of reprimanding them, remembering his own craving for sweets as a child.

His philosophy was to give people what they needed so that they wouldn't have to resort to stealing.

His staff, for instance, was provided three free meals a day so that they won't go hungry.

Rajagopal was the second child of Pichai Nadar, an onion trader and a farmer.

He had a sister and two brothers.

His first choice of occupation was to help his father in the onion trade, a family business handed over from his grandfather.

But soon, he started working at his uncle's provision shop near his house.

When he was in Class 5, he ran away to Chennai to visit another uncle, who was also running a provision store in Mylapore, after stealing money from his father's pocket.

However, when the uncle's family questioned him on his visit, he went back to his village.

A businessman from Coimbatore visited his village in search of boys who could work at his shop when he was in Class 7.

Against the will of his parents, Rajagopal took up that job, but quit in a day after he was mistreated by fellow workers.

Several other odd jobs followed: A cleaner in a hotel at Vallparai, where he learned that for an eatery to do well, the table, the dress and the vicinity had to be clean.

Perhaps his most fortuitous break came when he was working at a provision store in Chennai.

He was treated well by the owner's family, who gave him additional responsibility and increased his salary.

From the savings he started his own store in a rented building.

The business went through its fair share of struggle -- people buying provisions on credit and not paying later -- but he canvassed rich people door-to-door and made a name for quality soon.

In 1972, he opened a new provision store and named it Murugan Stores, took a second wife and announced gift coupon progammes, which saw customers thronging to his shop.

The business was expanded and went through good and bad times, at one point even going bust due to the heavy investments he made in buying a building to house the store.

He sold the property to Ratna Nadar and the latter allowed him to continue the store in the same premise.

To show his gratitude, employees say, Rajagopal laid flowers at Ratna Nadar's photo every day till his last day in office.

During this time when a hotel in the property went up for sale, Rajagopal and his friend Ganapathi, a government officer, decided to buy it.

Since the idea struck him when he was having prasadam (food offered in temples for devotees) of Lord Muruga, the name was changed to Saravana Bhavan, another name for Murugan.

All his learning from the odd jobs he did previously was applied here: Dependable staff, cleanliness and quality.

The first Saravana Bhavan outlet was started at K K Nagar in Chennai on December 14, 1981.

The two business partners toiled from 6 am to 11 pm, looking after every aspect of the business.

They used coconut oil at the risk of increasing costs, as food in south Indian homes is mostly cooked in coconut oil.

The business suffered around Rs 10,000 loss every month for the first five months, but from the sixth month, word of mouth publicity helped them to turn it around.

He announced an anniversary offer of 23 varieties of dishes for Rs 5, and the tokens were sold fully a week in advance.

They had to seek the help of the police to control the crowd on the anniversary day and it is said that for 12 hours the hotel was serving food non-stop.

By then, Saravana Bhavan had become a household name.

In 1990-1992, inspired by a food show in Singapore, he started fast food business, and expanded operations in 1993 to include ice cream and snacks.

In early 2000s, he started expanding the business to other parts of the country and even overseas, including the US, UK, Australia, New Zealand, Italy, Canada, Sweden, Belgium, Germany and France.

It was an incident in 2001 that marked the beginning of the most dramatic chapter of his life.

A young man was found murdered at Kodaikanal and the needle of suspicion pointed to Rajagopal.

The victim, Santhakumar, was the husband of Jeevajothi, the daughter of an employee of Saravana Bhavan.

Rajagopal was eventually convicted for murder.

According to the court documents, Jeevajothi's uncle was employed at Saravana Bhavan.

Later, her father was also appointed in the company.

They were provided a house in the colony that had been taken on lease by the hotel for its employees, but when Santhakumar, who was teaching mathematics to Jeevajothi's younger brother started, visiting the house, Rajagopal expressed his displeasure.

Jeevajothi's family moved out and her father resigned from the job.

Later, she got married to Santhakumar.

The couple once approached Rajagopal for financial support, but he asked Jeevajothi to marry him instead, the prosecution argued.

It said Rajagopal was either besotted with the victim's wife or was advised by an astrologer that his business would flourish if he married a third time.

He was convicted and sentenced for 10 years in 2004 by the trial court and the Madras high court upheld the conviction and extended the sentence to life.

While he spent less than a year in prison and was out on bail, the Supreme Court sent him back to jail last week.

In his book, Success Story of Saravana Bhavan, Rajagopal mentions that right from his early days, he would step out of home only after praying to Lord Murugan.

At the end of the day, he would again go before the deity and thank him if the aim was achieved.

His faith in a power beyond him was unshakable.

But faith is also only as good as the object it is placed in.

His blind faith in astrology only took him down a tragic path that has now come to define his life. 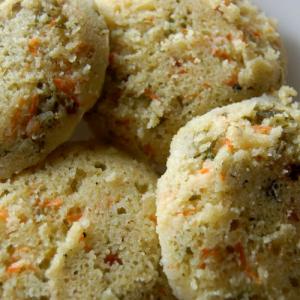