Global hotels home in on India

The skyline is getting crowded by the day--not only in the big cities but across the country. India is expected to double the number of branded hotel rooms from 100,000 now in just three years. Leading the pack are global hotel chains, which will add over 300 hotel properties (an estimated 55,000 rooms) in the country by 2013.

Accelerating economic growth and the huge gap in demand and supply (the shortage is estimated at 150,000 rooms) are the main triggers for several international hotel brands--Intercontinental, Hyatt, Hilton, Starwood, Marriott, Fairmont Raffles and Four Seasons, to name a few--to strengthen alliances with local players.

Over 40 new international brands will invest around $11 billion (about Rs 50,000 crore) in the next three years, industry estimates show. The deluge has touched cities like Nashik, Agra, Vizag, Kozhikode, Dehra Dun, Haridwar and Ranchi. Initially restricted to the luxury category, these global chains are now entering the full range--upper scale, mid-scale, economy and budget.

For example, Four Seasons is in various stages of discussions with properties in Bangalore, Hyderabad, Haryana, Kerala and Rajasthan. Marriott plans 40 hotels in three years, over half of which will be in place by this year-end. They are in good company. Accor, which has five hotels, is expanding its network to 50 hotels with 10,000 rooms in 15 cities by 2012.

Uttam Dave, head of development, India Bangladesh, Nepal and Sri Lanka, Accor Hospitality, said: "The country is one of the most preferred travel destinations for international visitors--for for leisure and business. If the economy is growing at 7 to 9 per cent, the demand for good quality rooms will grow at a much better rate."

Accor operates five hotels in India and seven more will be opened this year, followed by 18 properties next year and 19 in 2012. The brand targets a network of 50 hotels and over 10,400 rooms over the period.

The global chains prefer to have managed properties in India than self-owned hotels because this helps reduce the risk involved in the event of a downturn. In a management contract, the hotelier only manages the property and lends its brand name to the hotel while the investment is made usually by a real estate developer or a private investor.

"We are looking at all the Tier -I and II cities for expansion," said Feisal Jaffer, strategy and development (India), Fairmont Raffles Hotels International.

Fairmont Raffles has already signed up for three properties in Kolkata, Jaipur and Hyderabad with the first one coming up for launch next month. "We are in advanced discussions for managed properties in Bengaluru, Delhi, Mumbai and Goa and are looking at adding at least a dozen odd hotels," Jaffer added.

"The growth prospects in India are quite strong and the market is already amongst the top two priorities for the company," he explained.

The other attraction for these global brands is foreign tourist arrivals. After a brief lull during the recession-hit period of 2008, India saw foreign tourist arrivals of 1.09 million in January and February this year, a 12.7 per cent growth over the same months last year. Estimates suggest that over 10 million tourists will visit India this year. 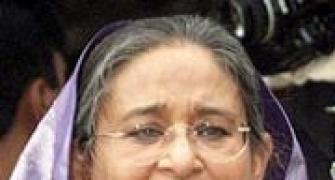