According to outsourcing advisors and experts, while almost half of the deals are likely to see delay, the others are expected to be renewed at a lower price as enterprises ask for discounts in roll-over contracts. IT outsourcing deals worth around $30 billion that are coming up for renewal over the next three months are likely to be negatively impacted owing to the uncertain demand environment.

According to outsourcing advisors and experts, while almost half of the deals are likely to see delay, the others are expected to be renewed at a lower price as enterprises ask for discounts in roll-over contracts.

“There are contracts worth $29.2 billion coming up for renewal in the next three months.

"We anticipate at least 50 per cent (of these contracts) are likely to be either delayed or reduced in scope and value,” said Hansa Iyengar, principal analyst for Digital Enterprise Services at global consultancy firm Omdia.

“This trend would vary by verticals, with severely affected sectors such as airlines, hospitality, and health care to be the ones most likely to defer projects till their businesses recover from the impact of the pandemic.”

Traditionally, the first two quarters (April-September period) of a financial year are considered the best period for Indian IT services firms, as most of the decisions related to renewals and new projects are taken during this time.

However, uncertain demand environment this year has already forced companies to slash their IT spends.

Till April, around $6 billion worth of projects have already been deferred.

“This Covid-19 pandemic is coming at a wrong time because in the June (Q1) and September (Q2) quarters, customers start spending money.

"So, when you are getting impacted at this point of time, growth will be severely affected,” said V Balakrishnan, chairman of Exfinity Venture Partners who is also a former CFO and board member at Infosys.

Global research firm Gartner has already projected the spending on IT services globally to decline by 8 per cent at $952.4 billion in 2020.

However, with partial reopening in key client geographies like the US and some European nations, some analysts believe there is some amount of optimism in consumer sentiment, which may restrict any further slippage in growth numbers.

“Although we are in uncertain times that can change quickly, we are observing a lot of activity in the market.

"This suggests that we could be looking at a strong third and fourth quarter for those firms who provide cost savings as a result of their services,” said Peter Bendor-Samuel, founder and CEO of outsourcing advisory firm Everest Group.

He also said that a pipeline of big projects aiming at cutting costs is likely to come up in the coming quarters, which will offset the loss arising due to cancellation of digital projects.

“Despite the delay in renewals and pricing pressure, tier-I IT firms are better placed to overcome the pressure and bag more deals as compared to mid-tier firms.” 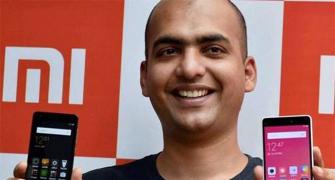 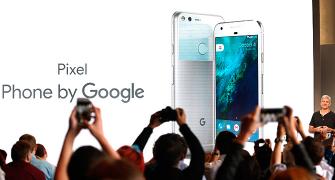