Born and sold as a cure for skin ailments, the brand that turned 50 last year has never seen such a massive crush at its shelves.

Over the past few weeks, Medimix, the low-key medicinal soap brand that was once the staple of budget hotels and rail travel has found itself thrust into the limelight.

Born and sold as a cure for skin ailments, the brand that turned 50 last year has never seen such a massive crush at its shelves.

So much so that the company is struggling to keep up with demand.

Medimix is owned by two companies. Cholayil in the North run by the son of founder V P Sidhan, who is said to have mixed herbs and oils on his kitchen counter to make a medicinal mix and then named the soap thus, and AVA, in the South, owned by his son-in-law. Although the two are run as separate businesses, they share the brand name.

And while Ava has seen a huge surge in demand, for Cholayil, there is a perceptible shift in the way the brand is being perceived.

“The growth came as sweet surprise for the segment, which was de-growing,” he said.

However, its growing popularity poses a challenge.

The company is scrambling to gather enough supply of raw materials (herbs) and packaging materials like hand pumps.

“Suppliers are not able to match the demand for the sudden surge,” Anoop said.

Also there are not enough people to make the soap, given the stay-at-home directives across the country.

“Soap making is a laborious and time-consuming process and we rely heavily on our workers, some of whom have been with us for over 25 years,” he added.

The Coronavirus has changed the demand for the brand, creating a pull for the product, instead of relying on a push from the marketers and while in the South, Medimix is dealing with its problem of plenty, the challenge in the North is a different one.

Cholayil, the company that markets the soap in non-South Indian markets, is still to make its debut in hand-wash and sanitiser categories that have seen the maximum demand in recent weeks.

The company is not going to be opportunistic and prepone its launch of hand-wash, scheduled for April, it said but believes that for Medimix, the virus has changed its life forever.

Pradeep Cholayil, chairman and managing director, Cholayil said, "We feel the demand of personal care will come back to normal post Covid 19.

"However people will realise the significance of brands built around health and hygiene. That will help us also in gaining more volumes."

He said that they will launch a new hand-wash in April and were not facing any production related challenges, unlike the group in the South.

Medimix is a brand that finds itself in the right place at a rather unfortunate twist in time.

In the panicked existence that people have been forced into under the rapid spread of the Coronavirus, demand for all hygiene products has soared but the spike has been even greater for herbal-naturals.

The product and the name of the brand both have a role to play in the demand surge said experts.

In its early days Medimix was sold only in Chennai as a prescription-only product but as the soap’s popularity grew, the brand was launched commercially in 1969, the name was just an amalgamation of the words medicine and mix.

Easy to recall, the name has stood it in good stead over the years and is proving handy even today.

Anoop said that the brand has benefited from the increased hygiene perception among consumers, a factor that he believes is unlikely to change even when the threat of the virus recedes.

The present situation will change habits in perpetuity and that, he said, bodes well for Medimix.

However a lot depends on the manner in which the company is able to leverage the new found awareness about the brand and its increased popularity.

It calls for a re-positioning exercise that ought to balance the brand’s legacy with the present requirements of the day.

It is about driving a perception change among consumers; about putting some distance between the past and the present-day realities for the brand, but at the same time, leveraging its legacy, Anoop said. 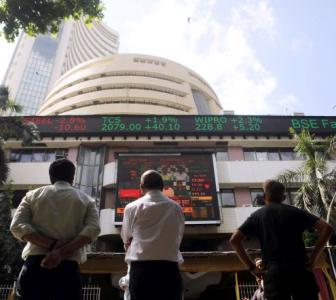