Consumer goods: How lockdown 4.0 was different

From fast food and athleisure to ACs, the demand for several non-discretionary items has spiked since May 17, when Lockdown 4.0 was extended till May 31. If the first three phases of the nationwide lockdown left marketers of non-discretionary products gasping for sales, the fourth phase breathed life into a choked consumer goods segment.

From fast food and athleisure to air conditioners (ACs), the demand for several non-discretionary items has spiked since May 17, when Lockdown 4.0 was extended till May 31.

Executives at sportswear major Puma India, for instance, are witnessing jump in sales of performance wear and athleisure.

A majority of white-collar workers - normally bound by dress codes - are not letting the pandemic crimp their style, even as they are trading business trousers for sweatpants and stiff blazers for hoodies.

Comfortwear in these uncomfortable times is the new normal being embraced by the work-from-homers.

Despite Puma being allowed to open less than a third of its stores (100 out of 370), the German sportswear brand has registered 10 per cent rise in sales of apparel, compared to pre-Covid days.

According to Abhishek Ganguly, managing director (MD) at Puma India, the share of workout gear in its portfolio has gone up substantially.

“People have become more cautious about fitness and the need to stay healthy.

"The demand for fitness and training products, and performance wear, such as trackpants, trainers, and sports bras, has jumped. We are already getting 75 per cent of business from the stores that have opened,” said Ganguly.

Since markets in the red zones in major metros of the country have opened for e-commerce deliveries, sales through the online channel have also spiked 15 per cent.

Puma used to get 30 per cent of its revenue from e-commerce before lockdown.

Despite the rise in food delivery and out-of-home consumption in recent years, few would have considered the unleavened bread  becoming the pantry staple in the lockdown.

Not to be left behind in the race to make dough, quick-service restaurants (QSRs), too, want a slice of the lockdown trade.

“Wherever we have opened - be it Bengaluru or Delhi - we have witnessed significant surge in demand.

"Since hygiene is a primary factor in for consumers, they tend to rely more on trusted brands.

So far, it has been able to tap the online delivery channel only. However, the QSR is preparing to open its outlets in one week.

While the lockdown has impacted the sale of consumer durables during peak summer months, the pent-up demand is now a saving grace for makers of ACs and refrigerators.

Manufacturers are no longer breaking into a sweat as lockdown curbs cool off.

According to Vijay Babu, vice-president of home appliances at LG India, the sell-out of compressor-fitted products (like ACs and refrigerators) has been impressive.

“Due to rising levels of mercury, these products are in demand. Consumers, earlier holding back their purchases, have started buying,” he said.

“On average, we are seeing 10 per cent growth day-on-day since May 7.

"We are seeing maximum traction in the cooling and grooming products.

"In fact, we have seen 5x increase in the sales of trimmers, while pent-up demand for other appliances is starting to kick in - specially ACs, washing machines, microwaves, and refrigerators”, said Manish Sharma, president and chief executive officer (CEO), Panasonic India and Southeast Asia.

While markets in the West and East continue to remain subdued due to lockdown and Cyclone Amphan, markets in North India, led by the Delhi-National Capital Region, are now active, with over 50 per cent physical stores now operational, said Krishan Schadev, MD, Carrier Midea India.

Avneet Singh Marwah, CEO of Super Plastronics, manufacturer of Kodak and Thomson brands of smart televisions, said, “Online sales have spiked 40-50 per cent. At offline stores, however, the business is yet to match that level.”

In the fast-moving consumer goods (FMCG) space, non-discretionary FMCG items are in demand as well.

"Consumers are increasingly seeking ayurveda-based interventions for boosting immunity, besides products that meet their personal and household hygiene needs.

"We are registering 400 per cent surge in demand for our flagship immunity booster chyawanprash and an 80 per cent growth in honey”, said Mohit Malhotra, CEO, Dabur India. 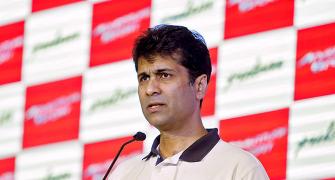 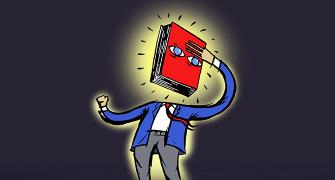 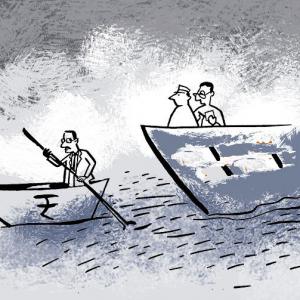