The XUV300, Mahindra's second compact SUV, is so packed with segment-firsts that it is sure to send shockwaves among competitors.

Mahindra & Mahindra on Thursday launched a new SUV, the XUV300, which is a souped down variant of the premium model XUV500. 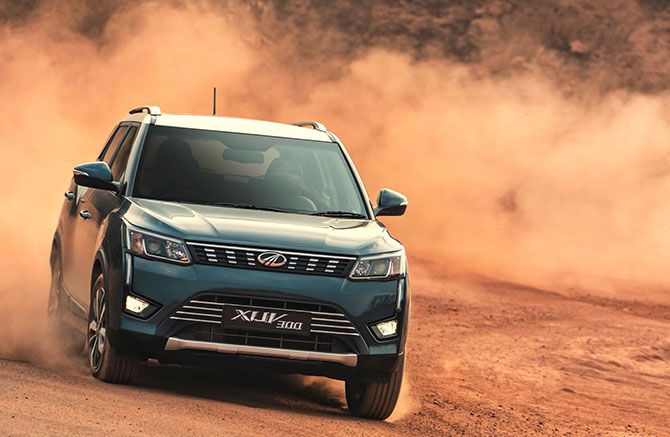 The company is expecting the new SUV to clock higher volumes that the XUV500 when launched in 2011, Chairman Anand Mahindra said at the launch and on the back of the rollout of Marazzo and Alturas G4 recently.

The sub-4 metre segment already has the likes of the EcoSport from Ford, Vitara Brezza from Maruti Suzuki and the Nexon from Tata Motors.

"The XUV brand when launched in 2011 was an inflection moment in our automotive journey. Today, as we launch the XUV300, we take the aspirational levels higher. Based on the X100 platform of SsangYong, the XUV300 is a global product that combines Korean technology with Indian innovation and finesse," Mahindra said.

Managing director Pawan Goenka said the new SUV is their latest offering in the next generation of aspirational vehicles, after the Marazzo and the Alturas G4.

The stylish and thrilling new XUV300 (XUV three double oh), as Mahindra calls it, comes with 30 hi-tech features and a maximum carpet area in any car in the segment, thanks to the altered suspension and long wheelbase.

A compact SUV which is aimed to make driving fun, it is also a first for an M&M to release another car in the same compact SUV segment where they already have the TUV300.

A smaller sibling of the XUV500, the XUV300 has many segment firsts.

The XUV300 has evolved from none other than the Mahindra-owned Ssanyong Tivoli which we first saw at the 2016 Auto Expo. Evolved as in it is a completely different avatar of the successful South Korean brand partner of M&M.

To make it a sub 4-metre SUV, Mahindra has reduced the XUV300's length  from 4.2 to 3.9 metres. And by using its own engine and suspension, the auto maker has ensured it is a completely new car.

Here's taking a look at the car itself. 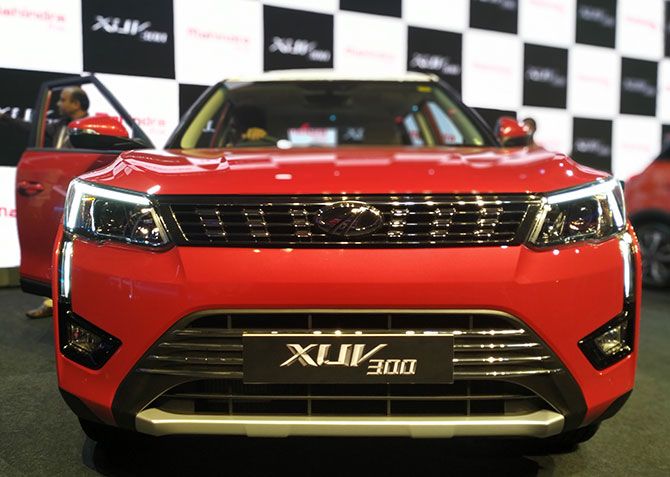 The chrome studded grille signature of Mahindra and the projector headlamps look good. And the vertical DRLs really do stand out. 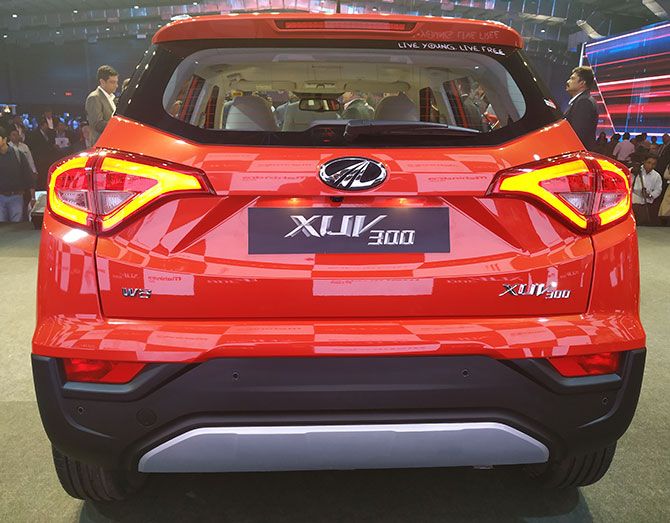 At the back, too, the wraparound tail lights with part LED lamps are quite impressive to look at. And the rear skid plates can be made better with M&M's genuine skid plate extender. 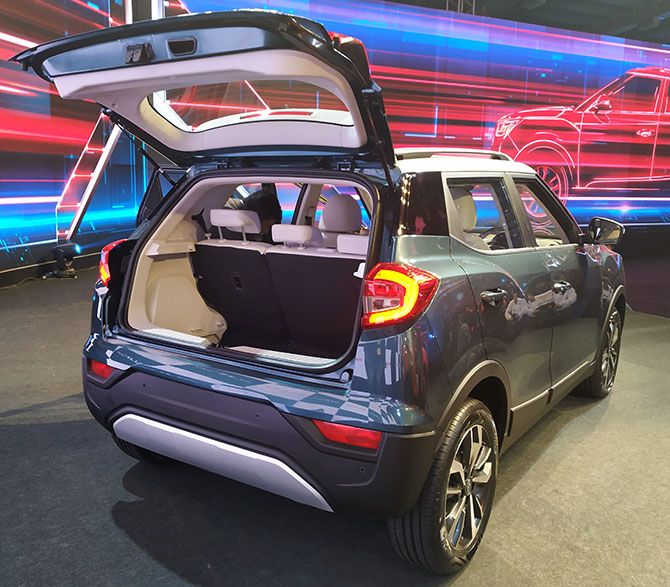 The contrasting roof and the 17-inch optional spider alloy wheels stand out and although the boot space does seem to be compromised but that had to be done to get this car under the 4-metre category. Also, the high loading lip on the car might be a problem while loading heavy luggage. 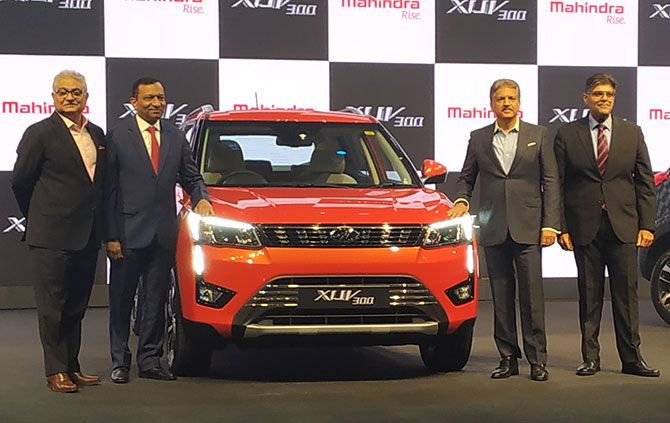 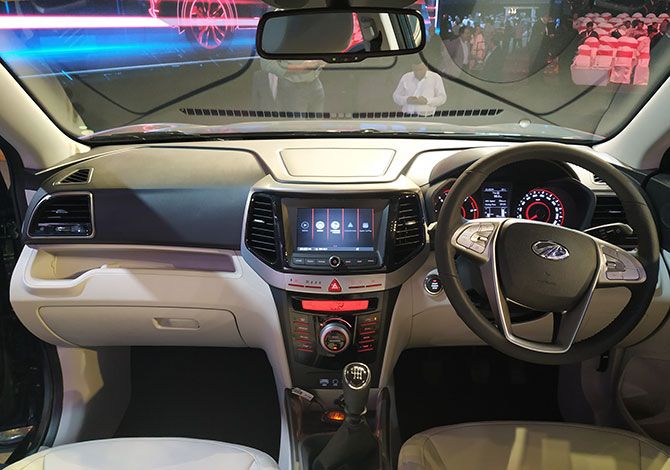 The XUV300 has a dual tone interior across all models and the instrument cluster has nice big bright dials, of which you can change the colours according to your preference.

A first for this segment is the dual-zone fully automatic temperature control which till now we have only seen in high end cars.

Also in the centre is the 7” touchscreen infotainment system with GPS navigation, Apple Car Play & Android Auto. It also displays an attractive ECOSENSE technology with social media connectivity, and micro hybrid system which helps save fuel in stop and go traffic and also improves driving.

And the first I have ever seen in any car in this segment is the tyre position display on the instrument cluster by which one can see the position of the tyres before getting off the vehicle. This is a big, big plus. 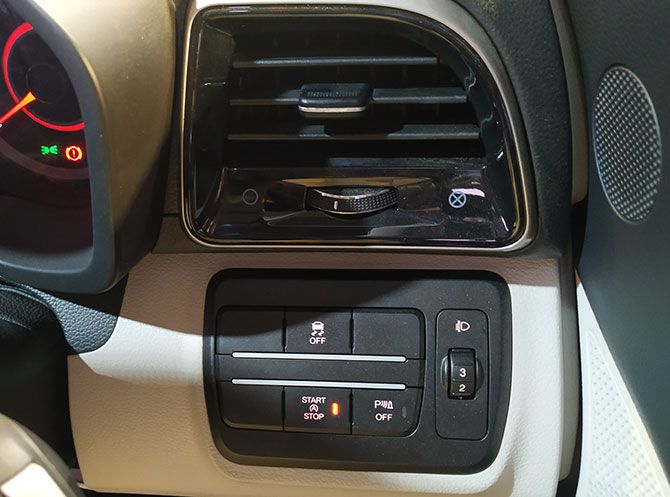 Neatly crafted are the stability and traction controls, start stop and parking assist buttons all within good reach of the driver. But the AC vents look and feel quite rigid. 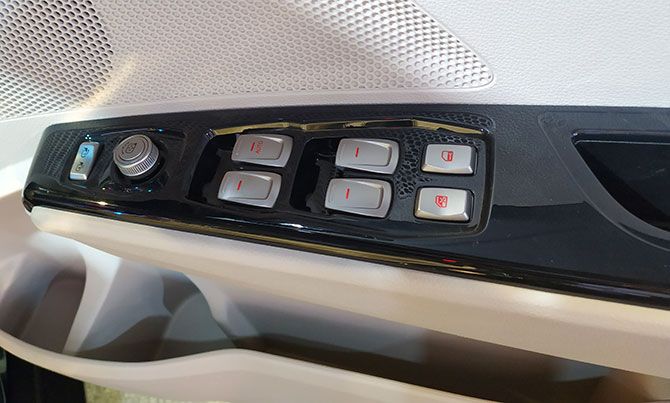 On the door panels are the window winder buttons and the OVRM controls resting on a piano black base. Oh yes, the OVRMs can be warmed up in heavy rains so that one can view the cars behind us with ease. This, too, is a segment first. The cabin also has loads of cubbyholes and practical storage spaces. 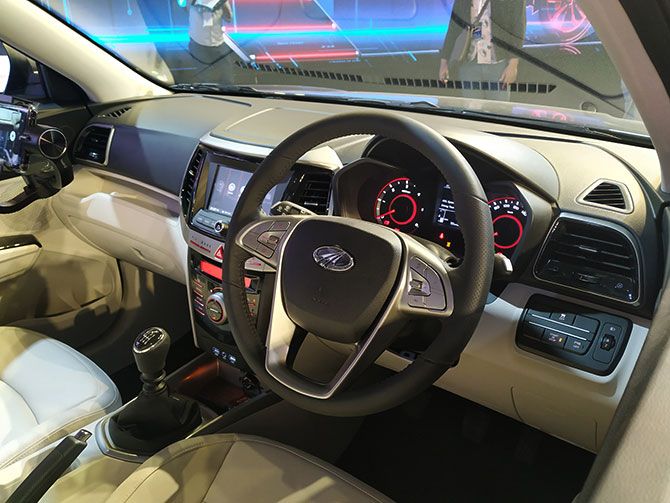 The front seats are quite comfy, with enough lumbar support for a long tireless drive. And the XUV300 comes with a 6-speed manual transmission mated to a 1.5L Turbo Diesel Engine which gives a 300 Nm torque -- another first in this segment -- and also a 1.2L petrol engine which churns out 200 Nm of torque.

There are a lot many segments first features in the XUV300 which the competition might have to worry about now. To name a few: there are the parking sensors in the front, a variable steering wheel, disc brakes on all four wheels, cruise control, 7 airbags, sunroof and more...

This is a fitting sibling to the XUV500, an SUV of international quality made by Mahindra.

So how does Mahindra plan to have two compact SUVs in the race?

For the rough and tough they have the TUV300.

And for the tarmac, they now have the smaller Cheetah -- the XUV300!

Coming in 6 colors here are what the variants cost: 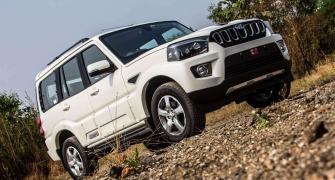 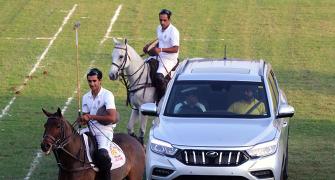 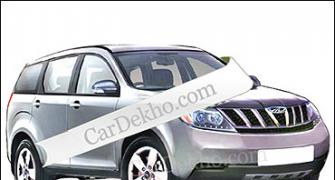 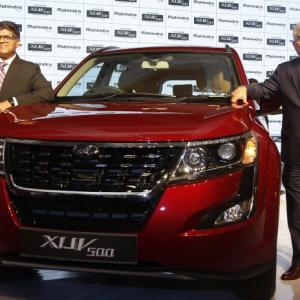