Globally, Coca-Cola offers Fanta in various fruit-based formats. Apple, Strawberry, Pineapple and Creaming soda are a few of the 90 variants that are available in different markets, apart from orange.

James Quincey, global president and chief operating officer of Coca-Cola, is expected to apprise Prime Minister Narendra Modi of the company’s initiative to make fizzy drinks nutritious during his proposed visit to India next month. 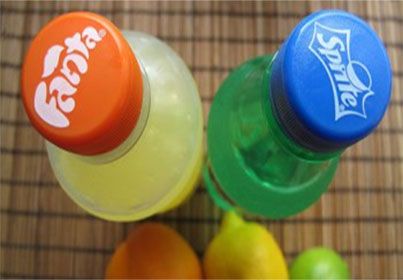 Quincey, who will take over as the chief executive officer (CEO) of the beverage giant in May, is also likely to showcase to the PM the aerated drinks, such as Fanta and Sprite, with fruit juice in it.

This is in response to Modi asking cola companies to add juices to carbonated drinks.

It would be the first time in five years, that a Coca-Cola CEO or president is meeting an Indian Prime Minister in the country. Last time, when a top official flew down from Atlanta was in 2012, when Muhtar Kent, the current CEO, met Manmohan Singh.

While Quincey is expected to discuss a wide range of issues with the Prime Minister, one of the key topics is likely to be juice-based fizzy drinks - one of Modi’s favourite blends.

“We have extended an invitation to James Quincey, ever since he has been announced as the CEO-elect. And, we are hopeful that it will happen sooner than later,” said Venkatesh Kini, business unit president, India and South West Asia, Coca-Cola.

He, however, declined to comment any further.  “We are yet to receive any official confirmation from the office of the Prime Minister with regard to this meeting. We’re, therefore, unable to comment,” Coca-Cola India said in a statement.

According to sources, the regional president had requested Quincey to visit India before he takes over as the CEO. Quincey’s India visit would be a part of his Asia tour, in which New Delhi would be his first destination.

Months after taking over as the PM in May 2014, Modi had asked cola majors such as PepsiCo and Coca-Cola to add juices to its portfolio of aerated drinks.

He again proposed a two per cent blend of fruit juices mixed in aerated drinks from the two beverage majors in January last year.

Subsequently, Coca-Cola launched its first juice with fizz in the country - the Fanta Green Mango. The product was launched as a pilot project in February 2016 in select markets. Coke is now reworking the formula after taking feedback from consumers, Kini said.

Globally, Coca-Cola offers Fanta in various fruit-based formats. Apple, Strawberry, Pineapple and Creaming soda are a few of the 90 variants that are available in different markets, apart from orange.

With emerging sales of packaged fruit juices in the past few years, Coke has now adopted a project to come up with juice-based fizzy drinks in India.

The company had been working with the government- run food lab Central Food Technological Research Institute, a constituent laboratory of Council of Scientific and Industrial Research, to develop such drinks since January 2016.

Local sourcing of fruit pulps remains a challenge for companies to make such products available on a mass scale. Coca-Cola, which now sources mango pulp for its non-fizzy drink Maaza from Maharashtra, had to spend years to develop the supply chain and to ensure farm-level quality and productivity.

According to estimates, it takes nearly five years to streamline the supply of pulp in large quantity when a new fruit is added to the portfolio of cola majors like Coca-Cola.