News
Business
Movies
Sports
Cricket
Get Ahead
Money Tips
Shopping
Sign in  |  Create a Rediffmail account
Rediff.com  » Business » Chinese nationals step down from Paytm board ahead of IPO

Chinese nationals step down from Paytm board ahead of IPO

All Chinese nationals on the board of digital payments firm Paytm have been replaced by US and Indian citizens, while there is no change in existing shareholding, according to a regulatory filing of the company. Alipay representative Jing Xiandong, Ant Financial's Guoming Cheng, and Alibaba representatives Michael Yuen Jen Yao (US citizen) and Ting Hong Kenny Ho have ceased to be directors of the company, as per the regulatory document.

According to a source, Paytm now has no Chinese nationals on its board.

US citizen Douglas Feagin has joined the Paytm board on behalf of Ant Group.

Todd Anthony Combs, investment manager at Berkshire Hathaway, has retired from the board.

It was erroneously reported on Tuesday that Combs had joined the board.

Combs retired by rotation from One97's board on June 30, as per Registrars of Companies (ROC) filings.

One97 Communications is the parent firm of Paytm.

AGH Holding, T Rowe Price, Discovery Capital and Berkshire Hathaway hold less than 10 per cent stake each in the company.

The development comes at a time when Paytm is gearing up for public listing.

Paytm is expected to seek shareholders' approval on July 12, to raise up to Rs 16,600 crore through its initial share sale, giving it a valuation of over Rs 1.78 lakh crore, a source said.

The extraordinary general meeting of Paytm is scheduled for July 12, in which the company may seek approval to raise up to Rs 12,000 crore through issuance of fresh equity.

Another Rs 4,600 crore is expected to be raised from the sale of equity shares by existing and eligible shareholders.

"The company may seek approval of the shareholders to raise around Rs 16,600 crore through IPO.

“Existing shareholders, former and present employees have also opted to sell their shares in the process.

"The valuation of the firm is likely to be in the range of Rs 1.78 lakh crore to Rs 2.2 lakh crore," the source said.

With this valuation range, the company is expected to be among top 10 listed financial services companies.

The company is expected to file documents for the initial public offer (IPO) next week. 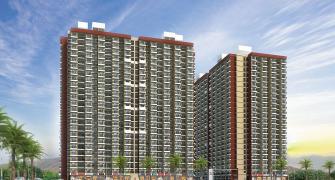 Choksi moves court to quash proceedings against him