The government hopes that the PLI schemes would provide 200,000-300,000 direct employment over five years, according to sources in the know. 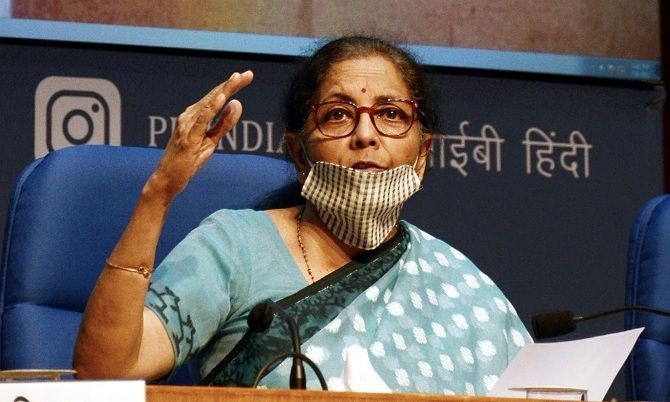 In a move that has lifted the industry sentiment in the festival season, the Union Cabinet on Wednesday approved a Rs 1.45-trillion package by extending the production-linked incentive (PLI) scheme to 10 more sectors (see chart).

The policy for what the government calls the champion sectors has been tailored to attract investments, boost domestic manufacturing, enable companies to become part of the global supply chain and generate employment opportunities.

The latest approval is in addition to the already announced Rs 51,311-crore PLI for three sectors. With this, the total incentives under the PLI schemes come to Rs 2 trillion.

The government hopes that the PLI schemes would provide 200,000-300,000 direct employment over five years, according to sources in the know.

Among the 10 sectors approved on Wednesday, the largest chunk of the incentives, at over Rs 57,000 crore, would go to automobile and automobile components businesses followed by ACC battery at over Rs 18,000 crore. 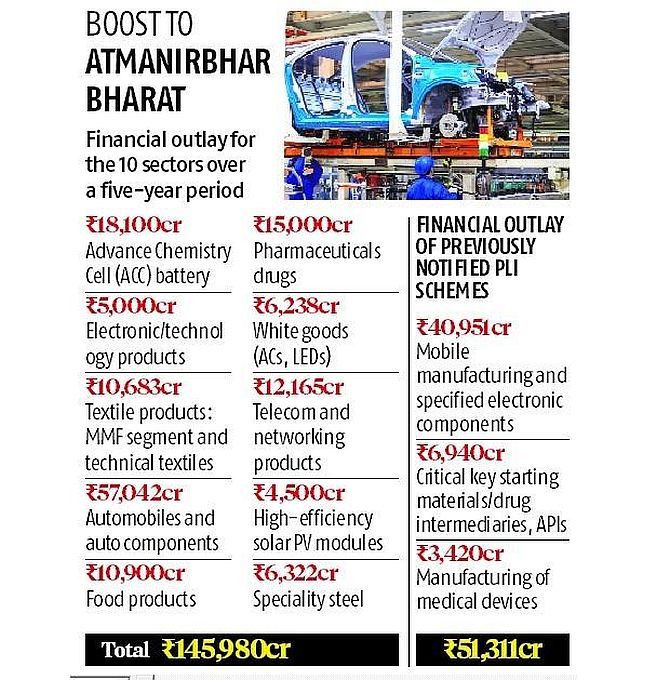 Pharma products, for which Rs 15,000-crore PLI was announced, include patented drugs, bio-pharmaceuticals, phyto-pharmaceuticals (herbal), drugs not made in India, cell based or gene therapy products and orphan drugs (for very rare diseases) among others.

The scheme will be implemented by the respective ministries and departments.

However, the final proposals of PLI for individual sectors will be appraised by the Expenditure Finance Committee (EFC) and approved by the Cabinet within 45 days, sources said.

While industry players are still waiting for the fine print, many business leaders welcomed the scheme. Pankaj Patel, chairman of Cadila Healthcare, said the scheme was a step in the right direction.

"It would facilitate India becoming a global manufacturing hub," according to Kotak.

Savings, if any, from one PLI scheme of an approved sector can be utilized to fund that of another sector approved by the empowered group of secretaries.

Any new sector to be included under the PLI scheme will require fresh approval of the Cabinet.

Briefing reporters after the Cabinet meeting, Finance Minister Nirmala Sitharaman said, “We are yet again proving that the policy that we are taking up even in PLI through which we want manufacturers to come to India is clearly to say we want to build on our strength but yet link with the global value chains.”

“... so this PLI is also aimed at getting investments into the country.

"These financial incentives will make it attractive to produce in India and the selection of sectors has been based on that," she said.

PLI in ACs is aimed at cutting down over Rs 15,000 crore worth of import of components annually. Of the Rs 22,000-crore AC market in India, only about 30 per cent value is added locally, according to estimates by industry bodies such as Consumer Electronics and Appliances Manufacturers Association (CEAMA).

However, LED has been a bone of contention between India and China.

Nobody manufactures LED panels in India and continues to be imported.

This makes up for over 60 per cent of the cost of making any LED TV.

With Covid impacting the supply chain, the price of these panels has gone up by up to 120 per cent, adversely affecting companies operating in India (both global and local brands).

In fact, all major brands, including Chinese, had to raise prices by 15-20 per cent between July and September.

Kamal Nandi, president of CEAMA and business head & executive vice president of Godrej Appliances, said, "We are committed to promoting domestic manufacturing of appliances and consumer electronics in the country.

"PLI will assist in the necessary boost to the ‘Make in India’ initiative and support India into becoming a manufacturing hub."

Textiles players want small companies to be also brought under PLI. Raja N Shanmugam, president of the Tirupur Exporters’ Association, said that giving a thrust to grow the man made fibre (MMF) and technical textiles arena had significant prospects. 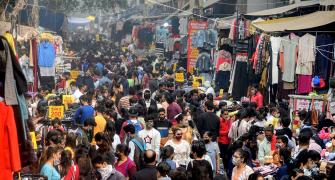 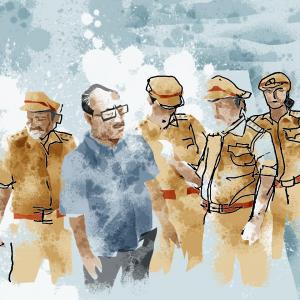 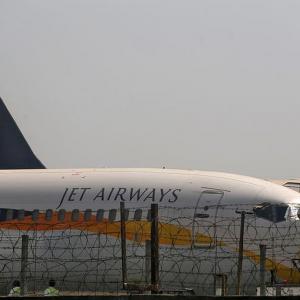